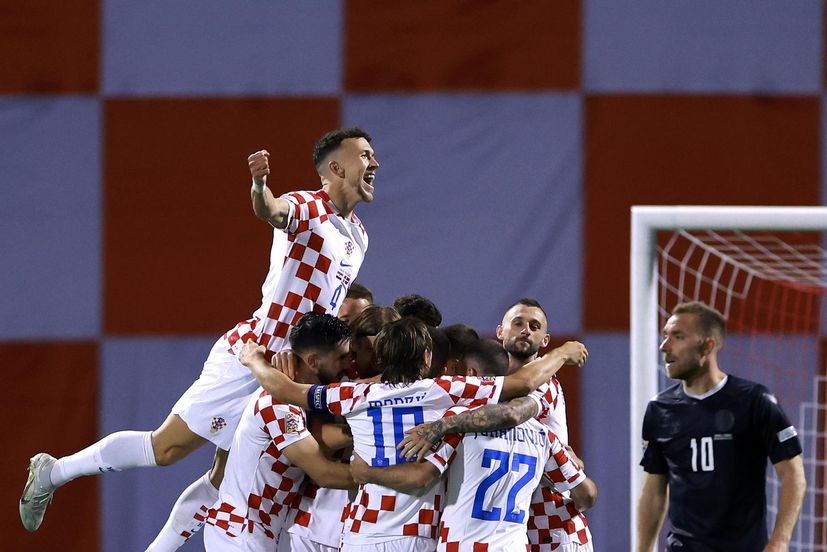 Croatia has beaten Denmark 2-1 in front of 22,715 fans at Maksimir stadium in Zagreb on Thursday night to go top of UEFA Nations League League A Group 1.

Wearing their brand new home kit which was released last week, Croatia started in an attacking mood and quickly created some early chances.

Josip Šutalo went close with a header before Marcelo Brozović had a free shot from the edge of the box which sailed over the top.

Croatia went close again in the 16th minute when Ivan Peršić’s cross tantalisingly lobed over Kasper Schmeichel but no Croatian head could get on the end of it.

Joško Gvardiol went close with his head on the half hour mark before Denmark had the chance of the half when Joakim Maehle broke into the box but Dominik Livaković made a good save to keep the scores level.

Croatia would take the lead in the 49th minute when Borna Sosa would side foot past a sea of defenders and a flat-footed Schmeichel into the back of the net from just outside the box.

Perišić went close with a free kick just outside the box after Modrić was brought down. Croatia started to apply the pressure as they looked for a second. Modrić would first have a shot saved before Kovačić went on a mazy run but could only shoot wide.

In the 77th minute Denmark would equalise when Eriksen would collect the ball and from 25-metres out would let fly into the top corner.

It didn’t take long for Croatia to regain the lead when just two minutes later Lovro Majer, who just came on as a substitute, beat Schmeichel with a left foot shot into the corner of the net to make it 2-1.

Nikola Vlašić went close in added time to but his shot would be well saved. Denmark came close in the dying moments but Croatia would hang on for an important victory.

Croatia face Austria in their final group match in Vienna on Sunday. Croatia now has 10 points, one ahead of Denmark who have 9 points. If they can collect three points they will book a place in the final four.