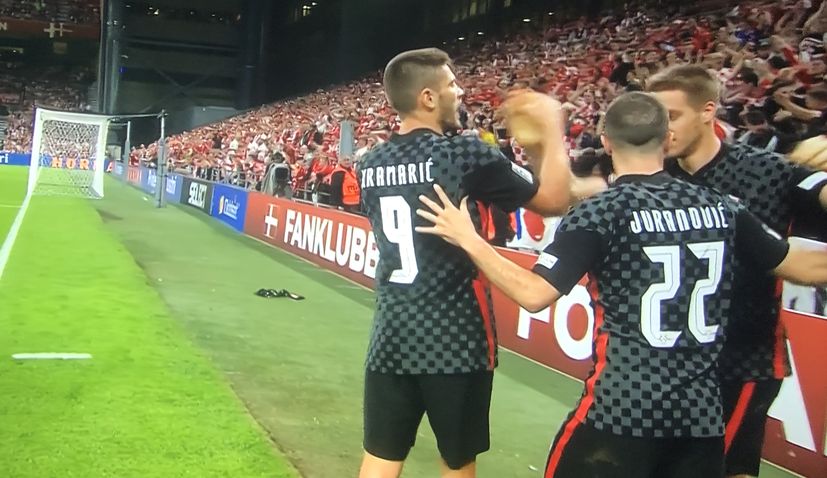 COPENHAGEN, 10 June 2022 – Croatia has beaten Denmark 1-0 in their Nations League clash in Copenhagen on Friday night.

Zlatko Dalić made a number of changes from the side which drew with France in Split earlier in the week, resting stars Luka Modrić and Mateo Kovačić.

Martin Erlić, who was impressive in his debut on Monday, kept his place in a back four which featured debutant Josip Šutalo, Josip Juranović and Šime Vrsaljko, who was playing again in the national team for the first time in over a year.

The new combination in the midfield did not gel at all and it would be all Denmark early on. The home side pressed high and Croatia found it difficult to get out of their own half.

Despite being under pressure for most of the half, Croatia did have a couple of half chances of their own, first Mislav Oršić went close but his shot would just sail over the bar, then Kramarić found himself in a good position but could not find a teammate when squaring the ball back.

The visitors did well to go into the break level and when they returned Dalić decided to inject both Modrić and Kovačić and the game immediately changed.

With their captain on the pitch, Croatia looked organised and managed to dominate possession and slowly create pressure in Denmark’s half.

In the 70th minute Croatia would take a deservedly lead when a short corner from Modrić would land in the path of Mario Pašalić and he would make no mistake, guiding it past Kasper Peter Schmeichel to make it 1-0.

The home side looked for an equaliser, but Croatia done well getting players behind the ball and stifling any half chances they could create.

Dalić will be pleased with how his new combination at centre back of Šutalo and Erlić, who both played fantastic and are big prospects.

Croatia, who now has 4 points, now head to France for their final Nations League match in June which takes place on Monday in St. Denis.