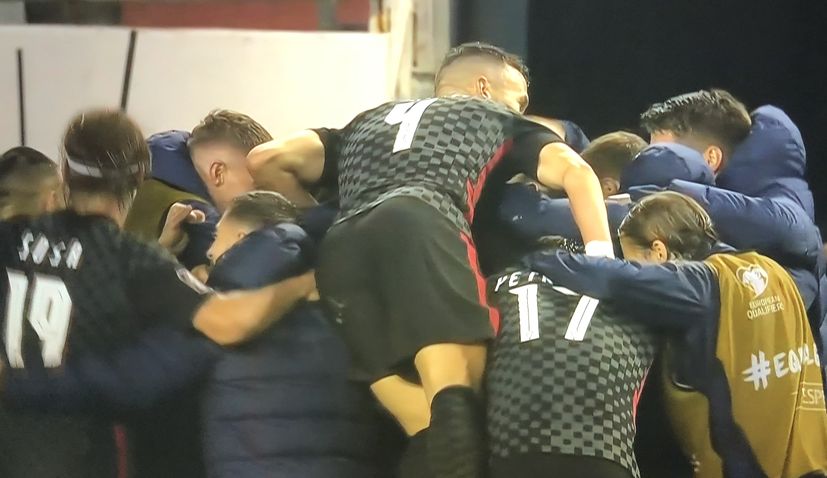 Croatia off to Qatar

SPLIT, 14 November 2021 – Croatia have qualified for the 2022 World Cup in Qatar after beating Russia on Sunday in Split.

30,000 fans braved the torrential rain at Poljud stadium to see the ‘Vatreni’ earn a deserved 1-0 victory in tough conditions to edge Russia by one point to win Group H and earn direct qualification to Qatar.

Zlatko Dalić made two changes from the starting line-up which beat Malta 7-1 three days ago, bringing in Dejan Lovren and Nikola Vlašić for Duje Ćaleta-Car and Lovor Majer.

The home side dominated possession from the start and looked to put pressure on the Russians down the flanks, particularly down the left through Ivan Perišić and Borna Sosa.

Although the driving rain made it difficult, Croatia had early chances with Perišić coming close, before Marcelo Brozović saw his shot from outside the box shave the post.

Croatia looked like they would find an opener but Russia made it difficult by getting numbers behind the ball.

Perišić then watched his header fly over the bar before Brozović again had another shot, this time it would be well saved by the Russian keeper and the sides would go in scoreless at the break.

With a deteriorating Poljud pitch, Croatia almost found an opener right at the start of the second half but Mario Pašalić’s header from close range was well saved.

The attacks from the home side kept coming, Perišić was next with a half chance after he cut inside from the left and shot, but it would be blocked by a defender.

Dalić introduced Bruno Petković with a half an hour remaining, but with the Poljud pitch starting rapidly get worse, Croatia could not fashion any real clear cut chances. Dalić then brought on Josip Brekalo for defender Josip Juranović as he went all-out attack in the final 15 minutes.

Finally the breakthrough would come in the 81st minute when Fedor Kudryashov deflected the ball into the back of his own net from Sosa cross from the left to send the Croatian team and fans into wild celebrations.

Russia tried their best to pull one back at the end but could not create anything and Ivo Grbić in the Croatia goal would not be troubled at all. When the final whistle went, Croatia would celebrate another World Cup qualification.