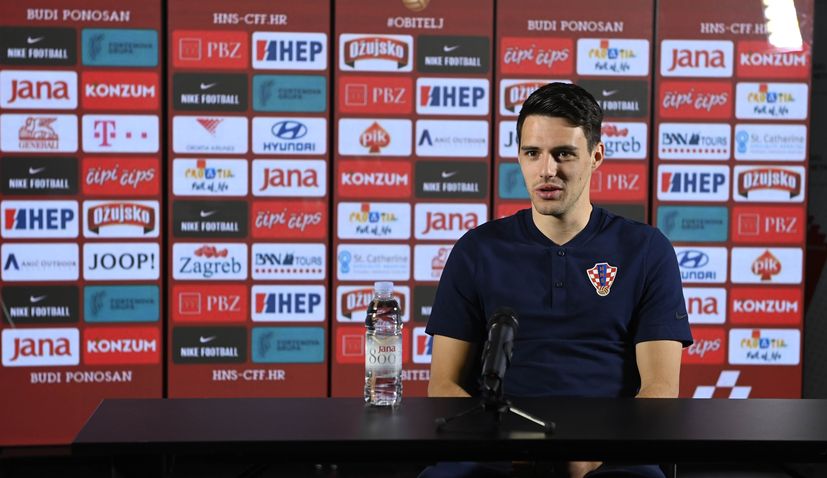 Young midfielder Josip Brekalo believes that the ‘Vatreni’ will be excellently prepared for the upcoming Euro 2020 tournament which starts in two weeks.

On Sunday, the Croatian national football team continued training in Rovinj before leaving for the Euros, and Wolfsburg’s offensive midfielder, Josip Brekalo took time out to talk to the press.

“The preparations are really great so far, we are still waiting for Kovačić to arrive, who won the Champions League. We have fantastic conditions in Rovinj and I think we will manage to do a lot until the European Championship, fix some things that were not good in previous games and in the best possible form to welcome the Euro,” he said.

Brekalo also talked about who he was supporting in last night’s Champions League final, the winning streak of Croats in that elite competition and his future goals after a great club season.

“I was supporting Chelsea, not just because of Mateo but I like them more than Manchester City. It is a big thing for Croatian football to have a player win the title for the last 9 years in a row,” Brekalo commented.

The 22-year-old, who has been impressive in the Croatia shirt since making his debut in 2018, says he is happy with his current form and is looking forward to Euro 2020.

“Croatia has always had top wingers. Every competition is healthy and good, and the coach has a lot of solutions. I am available to do my best, every time, both on the right and on the left,” said Brekalo, convinced that he will and this time Croatia will also show its best face in a big competition.

He says that Croatia will take it one game at a time and if they get out of the group anything is possible.

Brekalo made his debut for Croatia’s senior squad in November 2018 in a 3–2 Nations League victory over Spain. He scored his first Croatia, a stunning solo effort, against France in the Nations League in 2020.