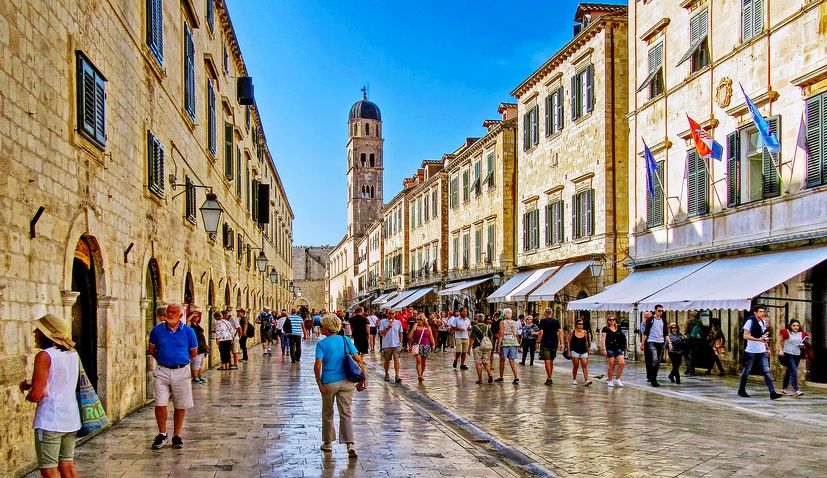 ZAGREB, Nov 11 (Hina) – In the first eight months of 2020, Europe was visited by 68% less international tourists than at the same time in 2019, while for all of 2020 those arrivals are expected to drop 60% due to the new pandemic wave and lockdowns, and the travel volume is expected to return the pre-pandemic levels by 2024.

The latest forecasts predict a quicker rebound for domestic travel in Europe, surpassing 2019 levels by 2022.

The report notes that all European destinations recorded declines in arrivals of over 50%, with Cyprus and Montenegro seeing the steepest falls at 85% and 84% respectively, attributable to a higher dependency on foreign travellers.

Among the other countries most impacted are Romania where arrivals plunged 80%, Turkey (-77%), Portugal and Serbia (both -74%). Iceland and Malta (both -71%) also performed poorly, challenged by their geographical location and strict border restrictions.

Croatia among countries with smallest declines in foreign arrivals

In the report, Croatia is among the first five or six countries with the smallest declines or foreign tourists’ arrivals and overnights, ranking sixth in Europe with 50% fewer foreign overnights.

Austria recorded the smallest drop in foreign overnights, by 30%, due to pre-Covid-19 winter travel at the start of the year.

In the summer, Croatian tourism ranked fourth, behind Austria, Belgium and Bulgaria.

The report notes that demand for air travel in Europe in August dropped 73% on the year, after dropping 91% in July and 94% in June.

ETC Executive Director Eduardo Santander said cooperation and solidarity were key for the recovery and strengthening of European tourism, underlining the importance of restoring travellers’ confidence and protecting “the millions of businesses, jobs, and enterprises that are at risk, so they can survive the economic fallout. The direction of the economic recovery across Europe will depend significantly on the recovery of the tourism sector, a sector which generates close to 10% of the EU’s GDP and accounts for over 22 million jobs.”