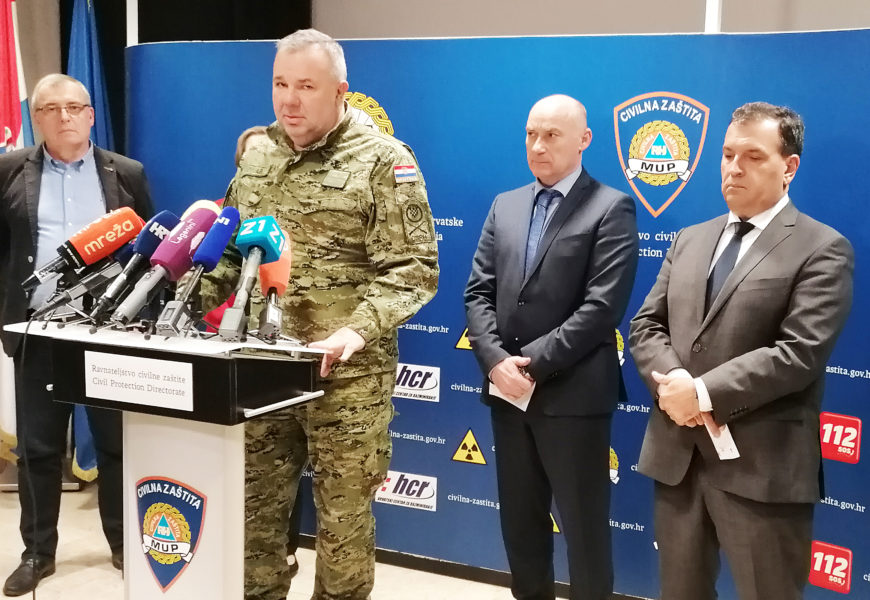 ZAGREB, 15 March 2020 – The National Civil Protection Authority has held its regular daily morning press conference on Sunday to update the public about the coronavirus outbreak and said there were seven new cases of COVID-19 confirmed overnight in Croatia.

The cases were confirmed in Osijek (5) and the capital Zagreb (2), bringing the total number of confirmed cases to 46. A total of 724 people had been tested so far.

The new patients are said to all be in good health and have mild symptoms.

There are now confirmed coronavirus cases in the cities of Zagreb, Pula, Umag, Porec, Rijeka, Varazdin, Osijek and Sisak. There have been no deaths yet in Croatia.

Interior Minister Davor Bozinovic said that in the past 24 hours, a check had been carried out on reports for 57 citizens who did not adhere to self-isolation measures, 24sata reported.

“Eighteen of them have been reported to the sanitary inspection and will be sanctioned in accordance with legal regulations,” he said, adding that there are currently 51 people quarantined, 49 of them in Split and two in Dubrovnik.

The Ministry of Health also has made a decision on the mobilisation, organisation and schedule of work and working hours of healthcare professionals to protect the population during the coronavirus epidemic.

“This means that we will adapt to whatever changes await us in the future. Both spatially and staffing nationally. This provision allows the minister and the headquarters to adapt to the new situation. We do not know at what point the number of people who are ill will erupt. We need to be able to react in an instant and adapt,” explained Health Minister Vili Beros.

Beros said earlier Croatia expected an increase in the number of cases due to the escalation in Europe. He said 2,547 new cases were confirmed in Italy today and that in Spain the situation was escalating faster than in Italy.

We expect the epidemic to enter stage three and a higher burden on hospitals, Beros said.

All classes in primary and secondary schools and at universities in Croatia will be suspended for two weeks starting Monday with classes continuing online and via television, whilst all restaurants, cafes, bars, hairdressers and other services with close customer contact will be shut down for one month in Istria starting today.

Croatia Airlines also announced that it was suspending international flights to Split, Dubrovnik and Rijeka until further notice.