ZAGREB, 6 February (Hina) – A 22-vehicle convoy with 100 tonnes of humanitarian aid for earthquake victims arrived in Glina from Germany on Saturday.

The convoy was organised by Aichtal and nearby towns in the German state of Baden-Württemberg. The aid included firefighting equipment and clothing, water pumps, power generators, heaters, camp beds, food, hygiene products and 22,000 FFP2 face masks.

The convoy was accompanied by 55 German firefighters and the mayor of Aichtal, Sebastian Kurz. They were greeted by the state secretary for foreign trade and development cooperation, Zdenko Lucić, and members of the task force dealing with the aftermath of the 29 December earthquake.

Mayor Kurz said that this humanitarian initiative came from a young Croatian family who contacted him and proposed this idea. He noted that all the firefighters accompanying the convoy had taken days off and volunteered to help with the transport of the goods to Glina. 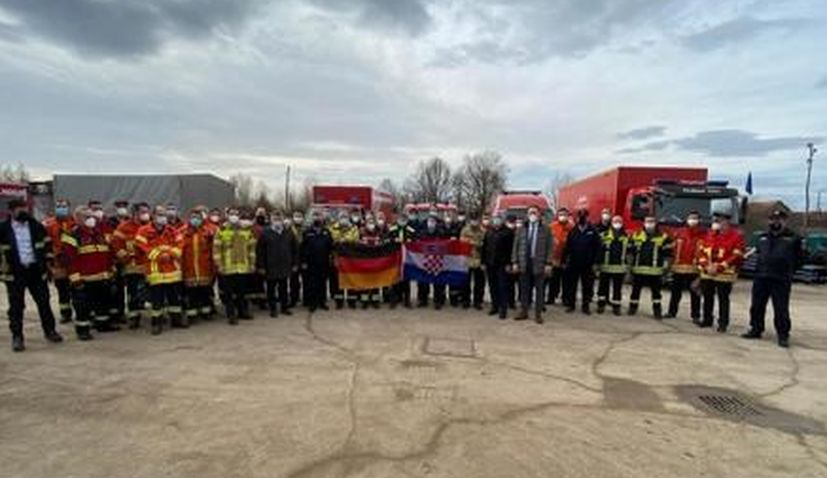 Lucić thanked them for the donation, noting that this was the fifth large donation from Baden-Württemberg. Chance would have it that at the same time another convoy arrived in Sisak and Hrvatska Kostajnica from the same province, he added.

Lucić also thanked the Croatian community in Germany and the consul to Stuttgart, Ivan Sablić, for their contribution to the relief effort.