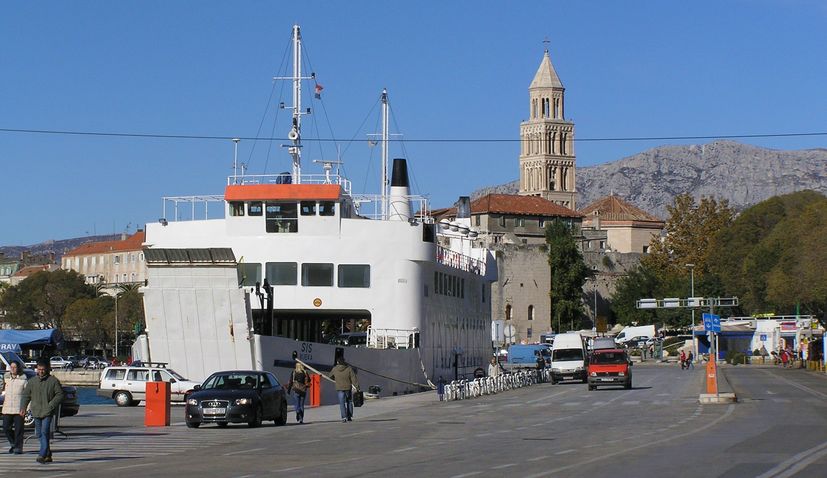 ZAGREB, Dec 4 (Hina) – Construction works to extend the Knez Domagoj waterfront in Split, with an estimated value of HRK 42.6 million, will begin in about 10 days’ time and continue for nine months, it was said at a grant-signing ceremony on Friday.

The agreement was signed at the Split Maritime Faculty by Minister of the Sea, Transport and Infrastructure Oleg Butkovic, director of the Central Finance and Contracting Agency Tomislav Petric and director of the Split Port Authority Vice Mihanovic.

Minister Butkovic said that the development of the waterfront in downtown Split is part of the “Renaissance on the Croatian Coast” project launched four years ago with investments of more than one billion kuna.

This latest project in Split is the fourth of its kind in Split-Dalmatia County and will be an investment of over HRK 200 million, with 85% covered from EU funds and 15% from the ministry, Butkovic said. The three other projects are related to an external berth in Sucuraj on Hvar Island, refurbishing the Omis Port, and a road from Pucisce to Povlja on Brac Island.

Butkovic announced that port reconstruction projects would continue in the new EU financial perspective and that Croatia is preparing for that. He announced that a tender would soon be advertised for the construction of the Kozjak tunnel which should resolve traffic congestion in Trogir, Kastela, Solin and Split.

He also said that due to the coronavirus epidemic, the Hrvatske Ceste road authority has generated a decreased revenue from excise taxes and that a similar situation can be expected next year, but that will not impact the implementation of port infrastructure projects in Split-Dalmatia County.

The director of the Split Port Authority, Vice Mihanovic underlined that the Knez Domagoj waterfront was built 150 years ago and this is the first time that it will be refurbished.

“The waterfront extends for 260 metres and is currently 4 metres wide. It will be widened by another 5.5 metres,” said Mihanovic.

This should improve fast ferry lines in the port and will serve as a promenade. The project is exceptionally important as traffic in the port is increasing at a rate of 5% each year.

“Split’s port is the largest in Croatia and the 22nd largest in the European Union in terms of turnover,” said Mihanovic and added that in 2019, 5.6 million passengers and 850,000 vehicles transited through the port.