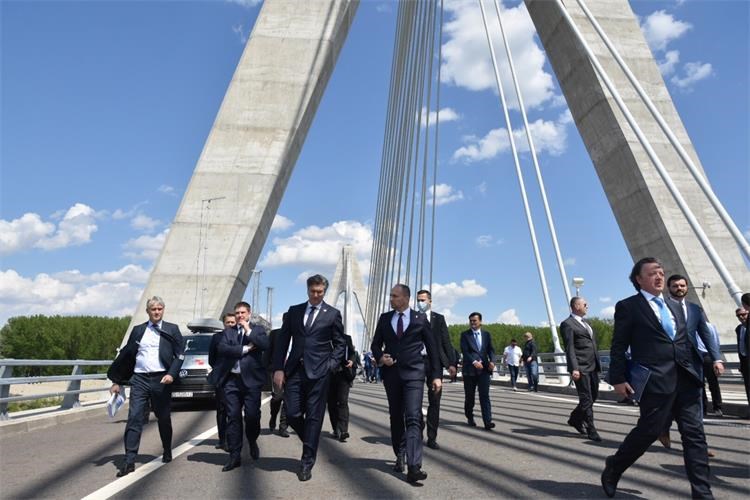 The Prime Minister in eastern Croatia on Tuesday (Photo: Vlada.hr)

ZAGREB, April 28 (Hina) – A HRK 443 million agreement for the construction of the A5 motorway subsection “Beli Manastir – Halasica Bridge” within the pan-European Vc transport corridor was signed on Tuesday in east Croatia.

Prime Minister Andrej Plenkovic, who attended the contract-signing ceremony at the Drava Bridge at Petrijevci, underlined that the strategic importance of the construction of the full-profile 17.5 -kilometre-long section of the motorway.

The project is expected to be implemented over the next two years.

He thanked Osijek-Baranja County Prefect Ivan Anusic who had been persistent in highlighting the importance of the project for his county. Furthermore, the route will connect Croatia with Hungary and Bosnia and Herzegovina. 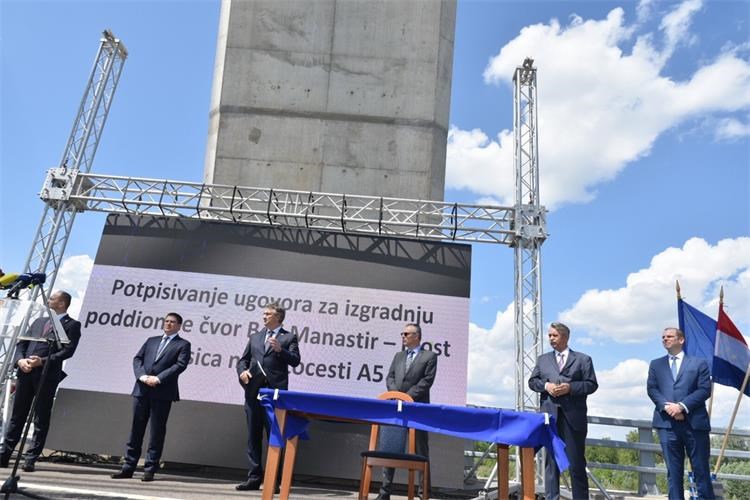 “I think that investment will contribute to Slavonia’s economic growth. It fits in with this government’s intention through the Slavonia, Baranja and Srijem project to extend a hand of development to Slavonia and to take a step that will enable Slavonia to develop equally as fast as other areas of Croatia,” Plenkovic said.

Transport and Infrastructure Minister Oleg Butkovic assessed that it was good that works on the Vc corridor were advancing even during the crisis caused by the coronavirus.

That shows, Butkovic underscored, that the government has not backed down from large infrastructure projects including the continuation of works on Peljesac Bridge, the Istria Y motorway,  the Vc corridor but also large railway projects with a total value of HRK 20 billion. 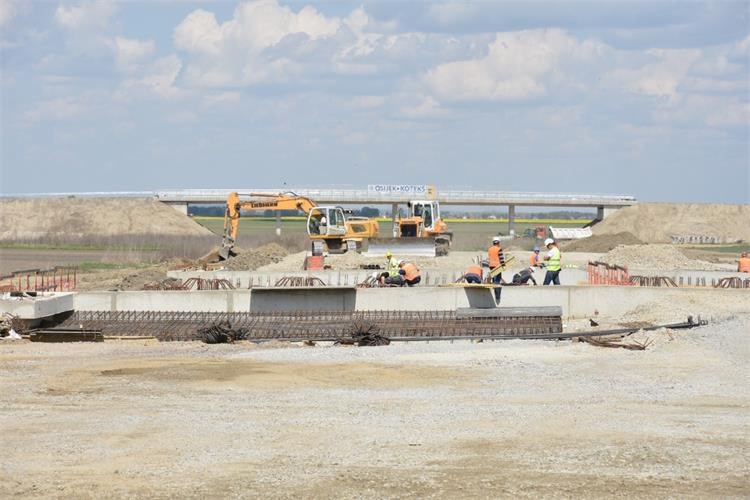 Butkovic assessed that today’s agreement is a step toward Croatia’s aim of building its section of the Vc corridor as soon as possible which extended for 702 kilometres from the Hungarian capital of Budapest to the southern Croatian seaport of Ploce. According to Butkovic, the construction of the pan-European motorway through Croatia will be completed by the end of 2023.

Butkovic rejected the idea that the continuation of construction of the corridor was part of an election campaign,  saying that the project had been prepared for some time and that it was necessary to obtain all the relevant permits and financial construction.

The Ceo of the Croatian motorway’s operator HAC,  Boris Huzjan announced that the project of constructing the final five kilometres of the motorway from Beli Manastir to the Hungarian border is being prepared.

He informed that the Svilaj Bridge across the Sava River connecting Croatia and Bosnia and Herzegovina has been completed thus completing the 85 kilometres of full profile motorway between the eastern Croatian city of Beli Manastir and the Bosnian border.