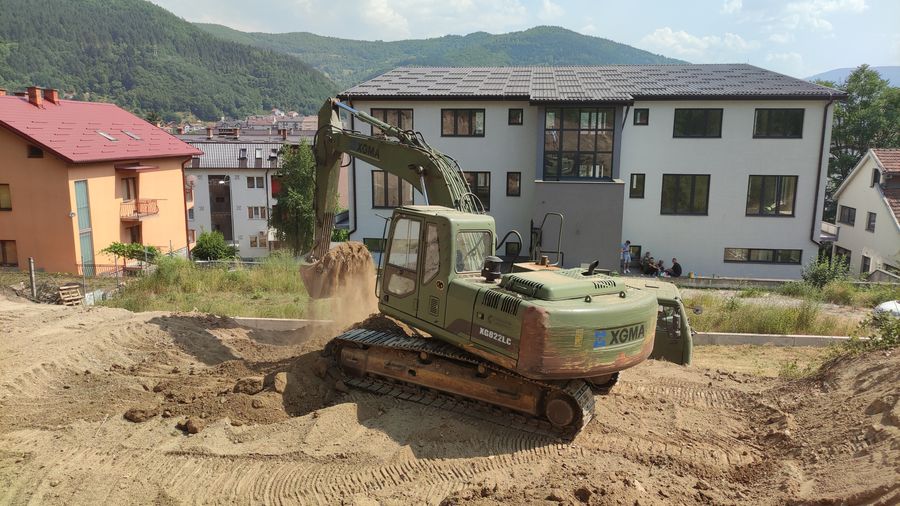 Construction begins on church dedicated to the Drina Martyrs

Goražde, a city that is positioned on the river Drina, in the east of Bosnia and Herzegovina, is known by many for its immense beauty, but also as a symbol of struggle in both World War II and the Previous war for independence in the 90s.

80 years ago, this serene and tame town was the scene of horrific crimes which are engraved in the memories of the locals. On the 11th of December 1941, Chetniks surrounded the Roman Catholic abbey run by the sisters of “God’s love” in Sarajevo. After the Chetniks pillaged the abbey, they captured the nuns and took them to Goražde where they were locked in the army barracks, which is today the Husein Efendija Đozo Elementary School.

“The Blessed Martyrs were locked up on the second floor of this building from which they jumped the moment the Chetniks wanted to rape them. When the drunk Chetniks realized that the nuns jumped, they descended to where their bodies lay, stabbed their bodies, and pushed them onto the bank of the river Drina. In Goražde, the locals have always honored them as saints and blessed due to escaping rape to protect their virginity and ultimately the covenant they made with God. After many years, on September 24th, 2011, the nuns we pronounced blessed. The city council in front of the Husein Efendija Đozo School erected a memorial honoring them,” said Don Josip Tadić, the Pastor of St. Dominik’s church in Goražde.

“The deaths of the Blessed Drina Martyrs signify the beginning of the suffering experienced by the citizens of Goražde in World War II. Immediately after the Nuns died, eight and a half thousand Muslims were shot and killed by the Chetniks on one of the prominent bridges in Goražde,” added Don Tadić. 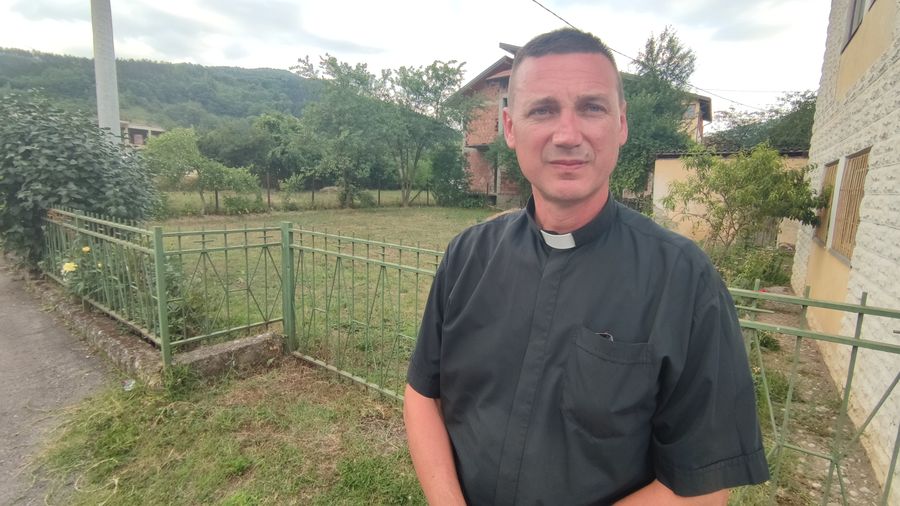 In 2019, when Don Tadić was named the Pastor of the local St. Dominik’s church by Cardinal Vinko Puljić of the Vrhbosna diocese, he asked Don Tadić to acquire the proper permits and buy land to build a church dedicated to the Blessed Martyrs. After only a year and a half in Goražde, the fruitful work of Don Tadić is more than apparent.

“When the land for the church was bought, the municipal government offered it’s help by expediting the bureaucratic process, issuing the construction permits on the 15th of May. By the 13th of July, soldiers started work on the foundation of the church. We also signed an agreement with a company who will construct the church and bell tower before the 80th anniversary of the death of the Blessed Martyrs next year,” added Don Tadić.

In addition to his duties as pastor of St. Dominic’s church in Goražde, Don Tadić is also a counsellor in the Army ordinariate in Sarajevo. During his last visit to Goražde, the Minister of Defense of Bosnia and Herzegovina Sifet Podžić offered his help in building the church in Goražde. 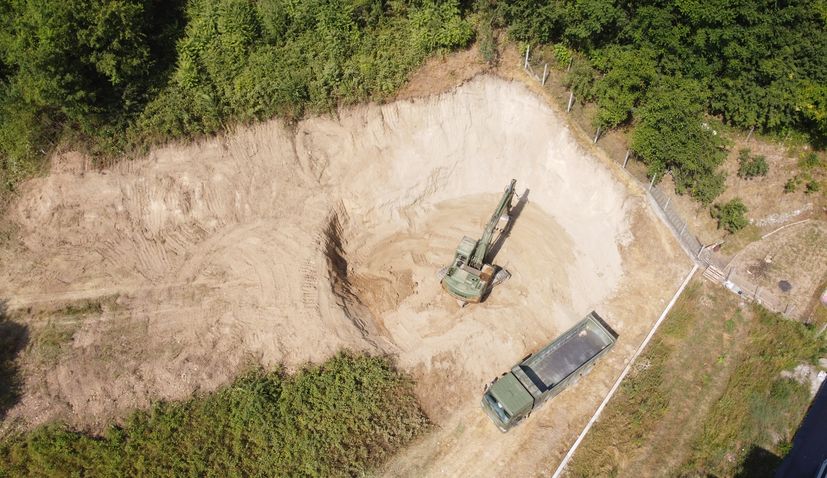 “I said to the Minister that if he would like to help in building the church that the army could help dig the foundation for the church. To that he said, ‘when would you need that done?’ and to that I responded, ‘tomorrow.’ Of Course, he couldn’t organize something for the next day but within 15 days they organized soldiers, trucks, and other members of the army to dig the foundation. Amongst those working on the church are Orthodox Christians and Muslims, meaning that people of all faiths in their own way are contributing to this magnificent edifice that we are building in Goražde.” Said Don Tadić

In Goražde currently, there are 10 parishioners who regularly come to the small St. Dominic Chapel, which is a cramped garage space converted into a place of worship. The new church will not be much bigger, but it will offer space for parishioners to come to worship and ask for the Blessed Drina Martyrs’ intercession.

To date, the parish has collected an amount that will cover a third of the costs, which has been mainly collected by friends of Don Tadić in New York and Perth, Australia. 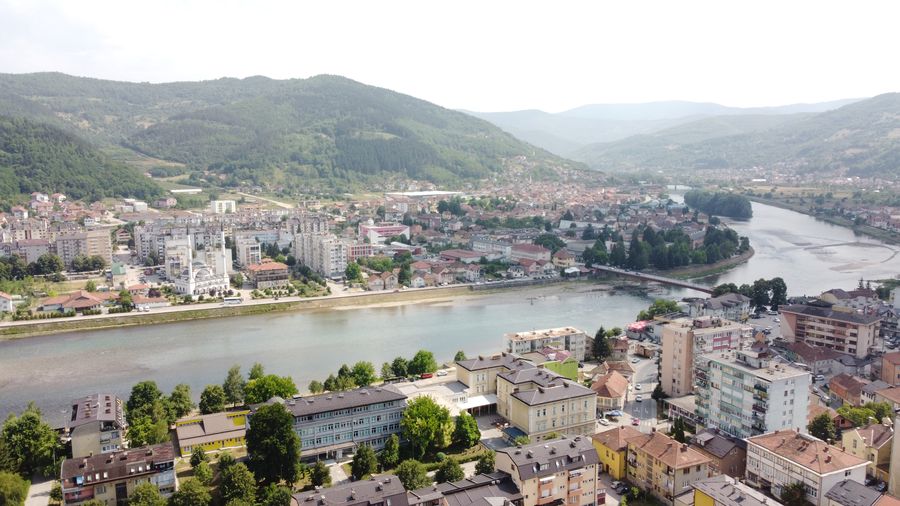 Crodiaspora, a non-profit that is run by Croats from around the world, have decided to contribute by promoting this project in order to raise the rest of the remaining funds that is needed to build the church in Goražde.

“Our organization of returnees and diaspora support the building of this church since this is not just a Croatian story, it is an international story and above all else a Catholic story. After talking with Jelena Perić from New York and Božica Kukulj from Perth about their initiatives that they started in their Croatian communities, we got in contact with Don Tadić and on his invitation we travelled to Goražde so that we could get to know the details of the project. Talking to Don Tadić, He showed us all the documents, cost analysis and showed us the location of the new church where they are currently digging the foundation. Upon returning to Zagreb, we decided to offer our help in this worthy cause by promoting the project on social media,“ said Mate Pavković, President of Crodiaspora.

All those who want to participate in building the Church dedicated to the Drina Martyrs can send money via wire transfer to: 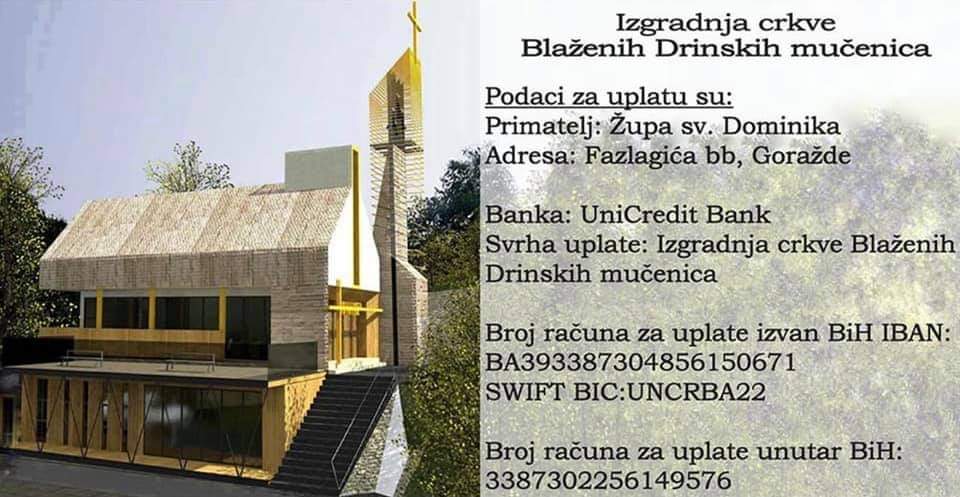