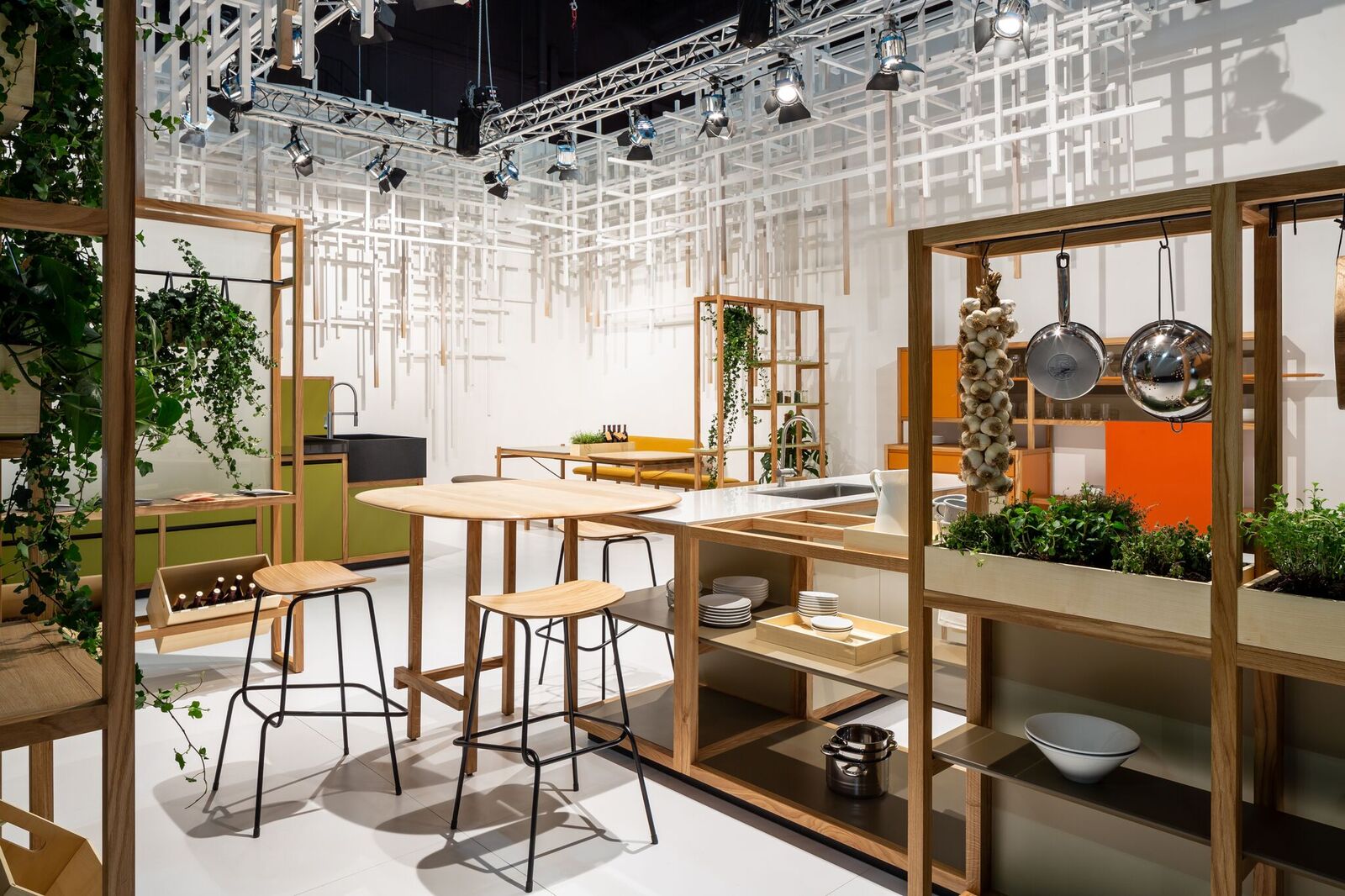 At the recently held kitchen fair “Eurocucine”, part of iSaloni in Milan, a conceptual kitchen under the title of SLAVONIKA was launched. The concept was named after the geographical and historical region of Eastern Croatia, home of the Quercus Oak (Quercus robur slavonica in Latin).

The Head of Strategic Product Development of Slavonika is an internationally renowned product designer, Nikola Radeljković of Numen / ForUse, who selected young Croatian designers Nataša Njegovanović, Karla Paliska, and Tvrtko Bojić for the design of Slavonika products. The concept features warm pastels and well-known Slavonian Oak in order to revive the atmosphere of the typical Slavonian house and the identity of the geographical environment. 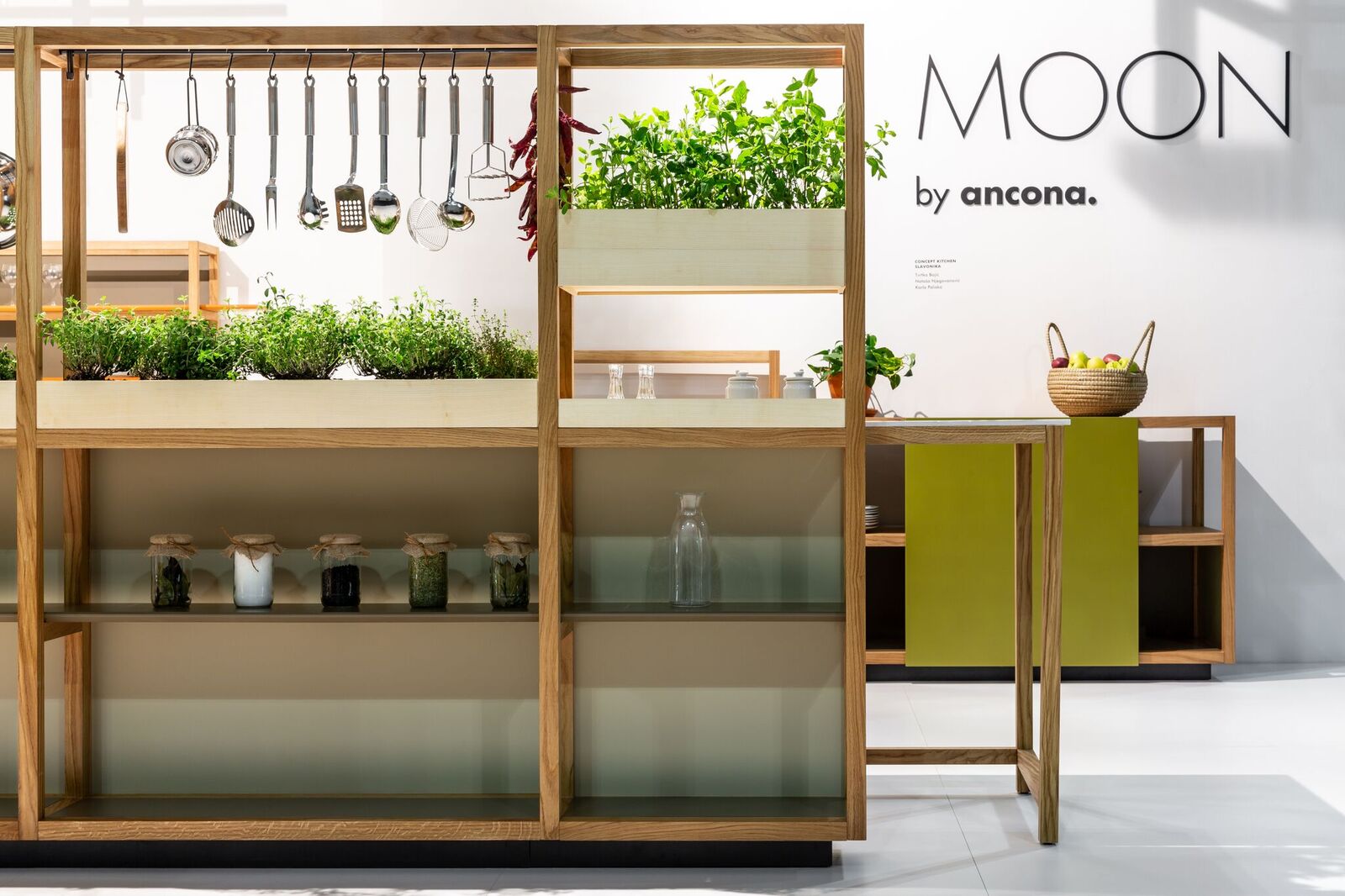 SLAVONIKA has its source in the typology of traditional Slavonian kitchens, which were composed of a table for preparing dishes and meals, a cupboard, and a cabinet for storing tableware and a pantry, popularly called špajza – where winter foods or zimnica, and other Slavonian delicacies were kept. Their reinterpretation incorporates new elements such as modular cabinets which are vital for the functionality of a contemporary kitchen.

“Instead of having a finished kitchen prototype, the SLAVONIKA kitchen is a scenographic space portraying a freeze frame in the process of creating kitchen cabinets from an abstract geometric grid. In that way, the freeze frame becomes a spatial narrative that takes us from a geometric grid and an abstract structure, a non-functional lattice and undefined spatial elements, to defined kitchen forms and a functional kitchen space. Although scenographic, the kitchen space is primarily based on its practical function and the needs of the modern man. It subtly combines the idea of modern living and the traditional elements of the Slavonian kitchen, which appear in using the specific typology and characteristic materials,” pointed out Slavonika’s designers, Nataša Njegovanović, Karla Paliska and Tvrtko Bojić. 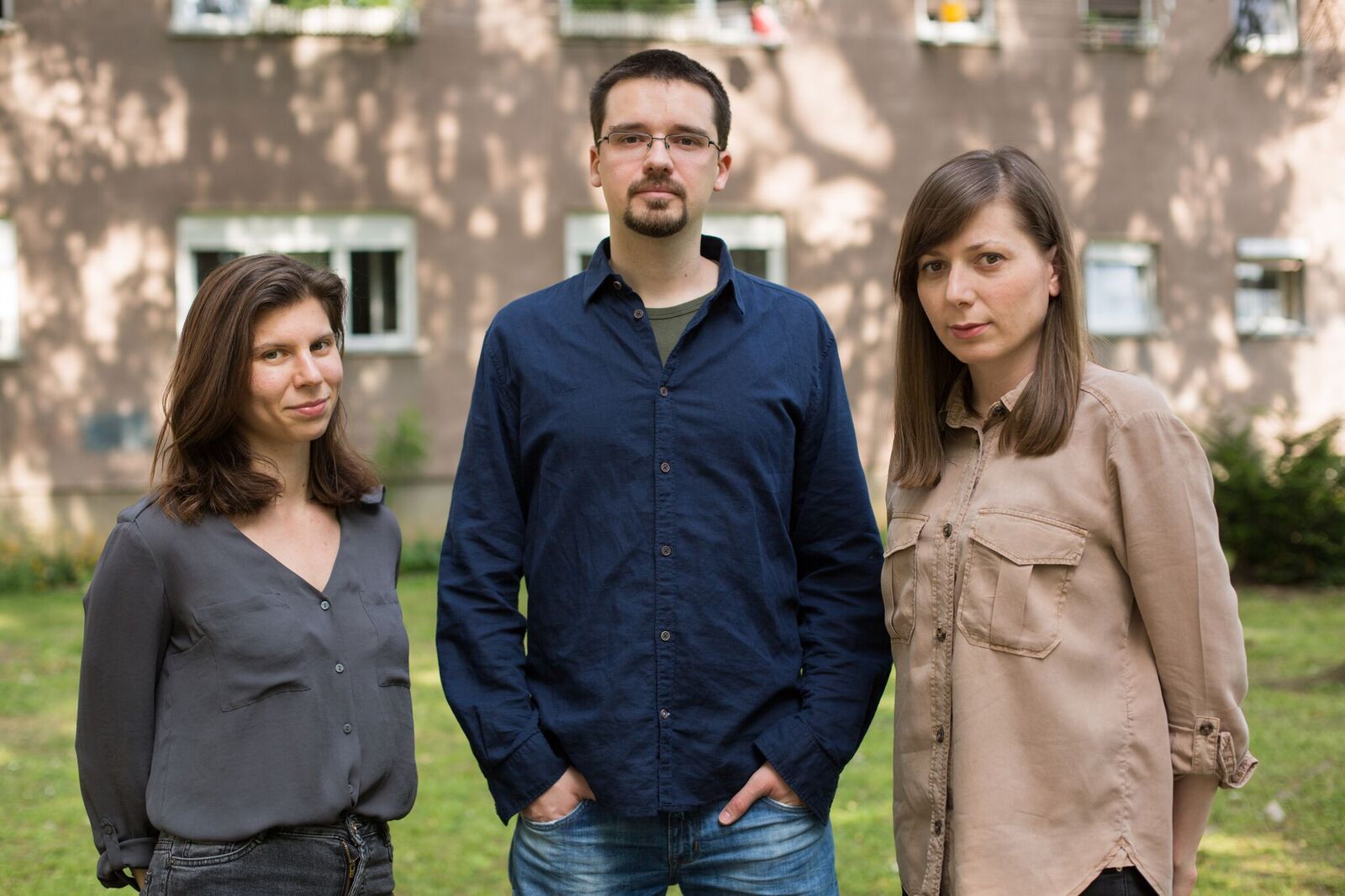 “The conceptual kitchen SLAVONIKA started out as a collaboration between Ancona Grupa from Croatia and Croatian designers. We aimed at creating products of higher added value by using the existing technological possibilities that we as manufacturers of intentionally designed furniture for the equipping sector have. We have already established ourselves as a furniture manufacturer in the equipping sector, having realized around 20 major projects in the past six years. For example, that includes hotels such as Sheraton Dubrovnik Riviera (Croatia), Amarin Rovinj (Croatia), Park Plaza Belvedere (Medulin, Croatia), Radisson Blu Royal (Stavanger, Norway), Marvie Hotel & Health Split (Croatia), and more. 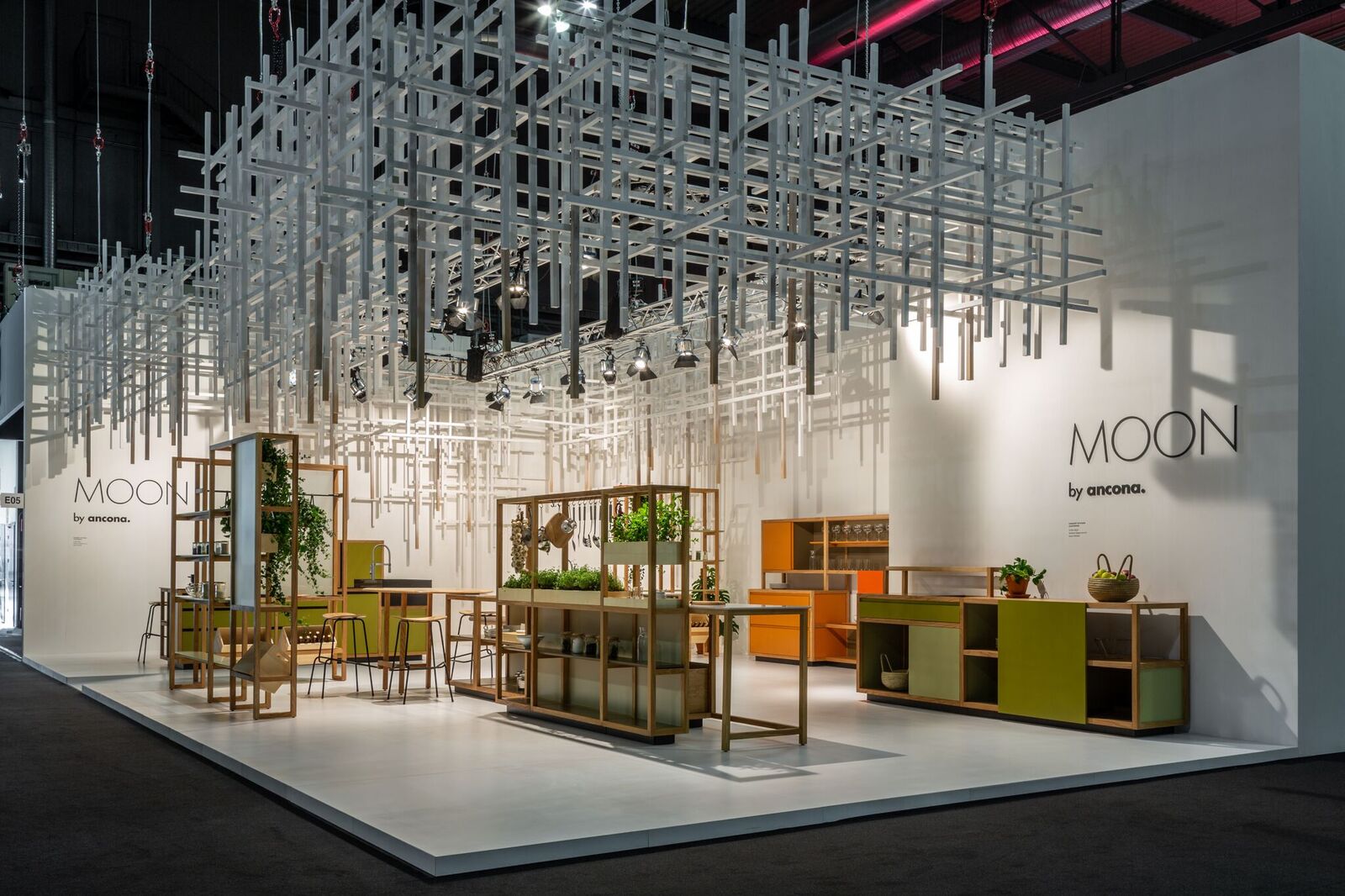 Given that Ancona Grupa also has its own kitchen brand, Moon, we have decided to step away from the stereotypical approach to kitchens and turn to design that will give a new perspective on kitchens, while building on Slavonian heritage, i.e. the environment in which we operate.”

After an encouraging presentation at the iSaloni fair in Milan propped by a great interest from architects, Ancona Grupa will continue developing SLAVONIKA products for the purpose of their preparation for the market.