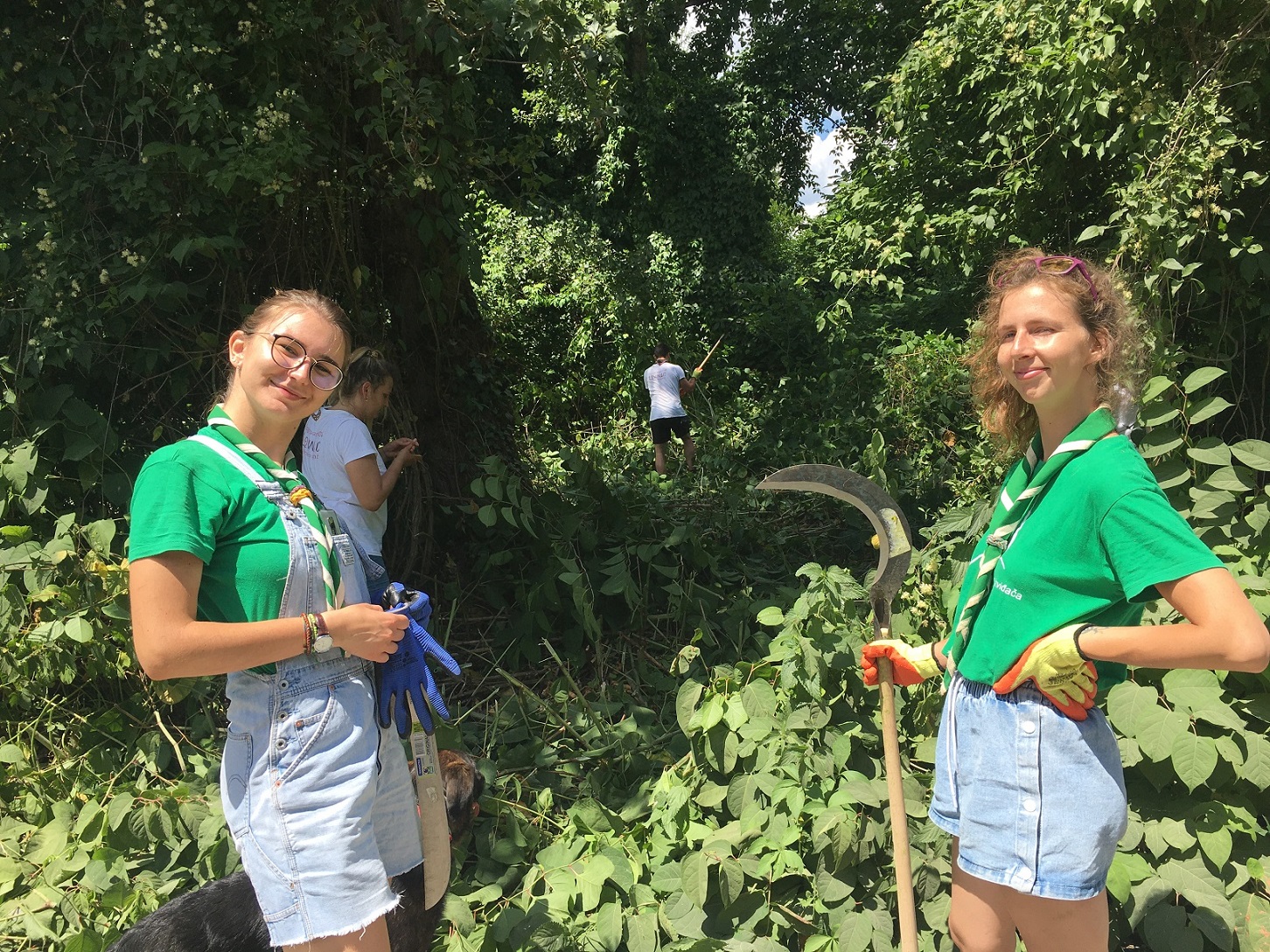 The Scout Association of Croatia, the City Office for Agriculture and Forestry of the City of Zagreb and the Maksimir Public Institution held the first activities last weekend as part of the new project “City Windows in Nature – Modernisation II”, which is co-financed by EU funds.

The first project activities took place last weekend in the area of the significant landscape of Savica (Savica lakes), as part of which information workshops and actions to remove invasive foreign plant species in the area were conducted.

Volunteers of the Scout Association of Croatia participated in the activities with the expert support of experts from the Maksimir Public Institution and the City Office for Agriculture and Forestry.

As part of the activity, the invasive plant species Japanese knotweed was removed, as well as other species of the same genus (Reynoutria spp.) The implementation of these activities aims to determine the best and most cost-effective method for the removal of this invasive species in protected areas of the City of Zagreb. 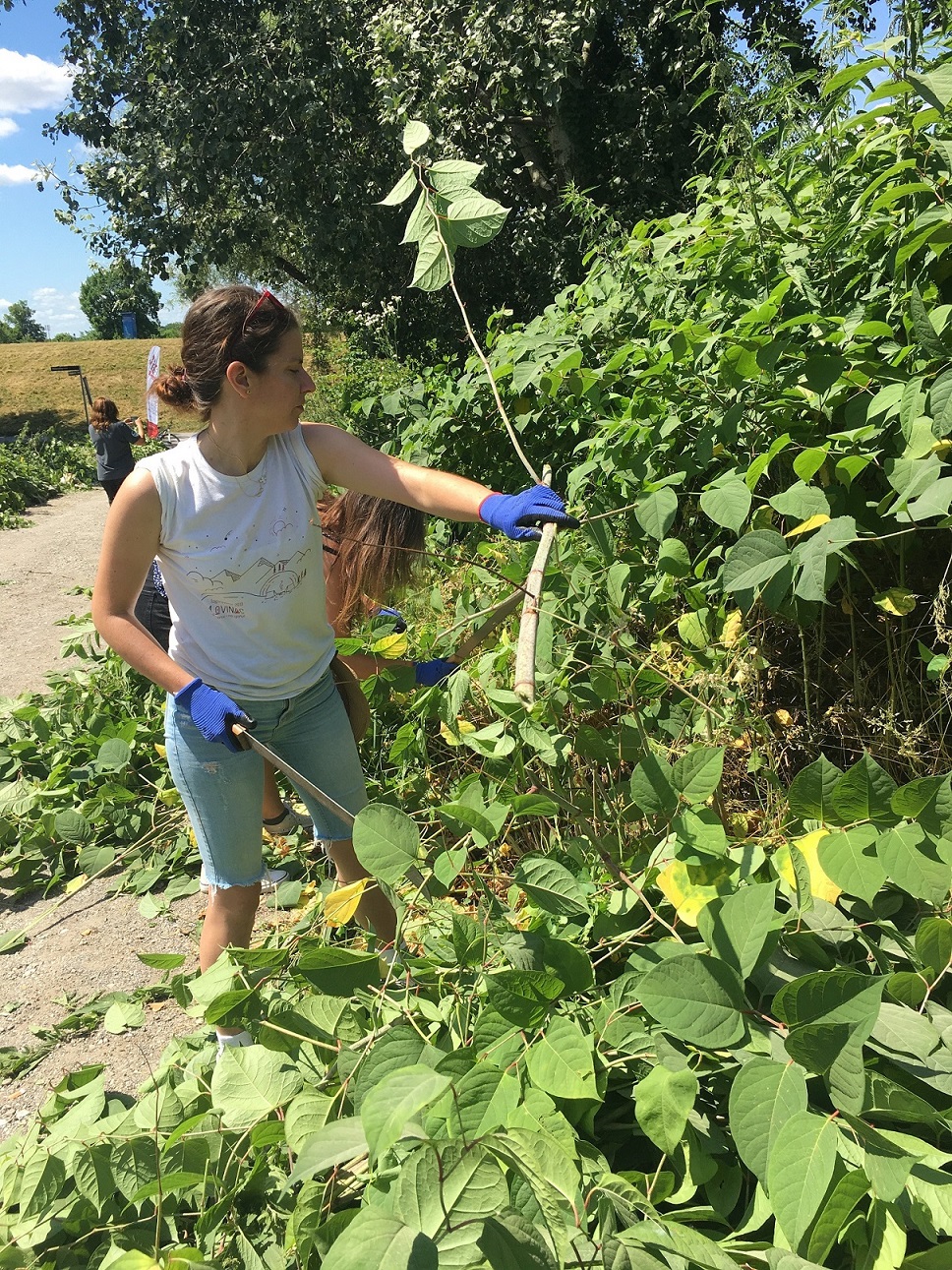 “During the weekend, our 30 or so scouts cleaned more than 1,500 square meters of the area on the Savica lakes, which is overgrown with this invasive species. Although we may be better known for afforestation, we gladly responded to this action, which will definitely help in the recovery of nature and native plant species on the Savica lakes. Scouts always help nature and the community, and with these actions we contribute to the development of local biodiversity in protected areas that are extremely important for a large number of plant and animal species,” said Dan Spicer, Business Director of the Scout Association of Croatia. 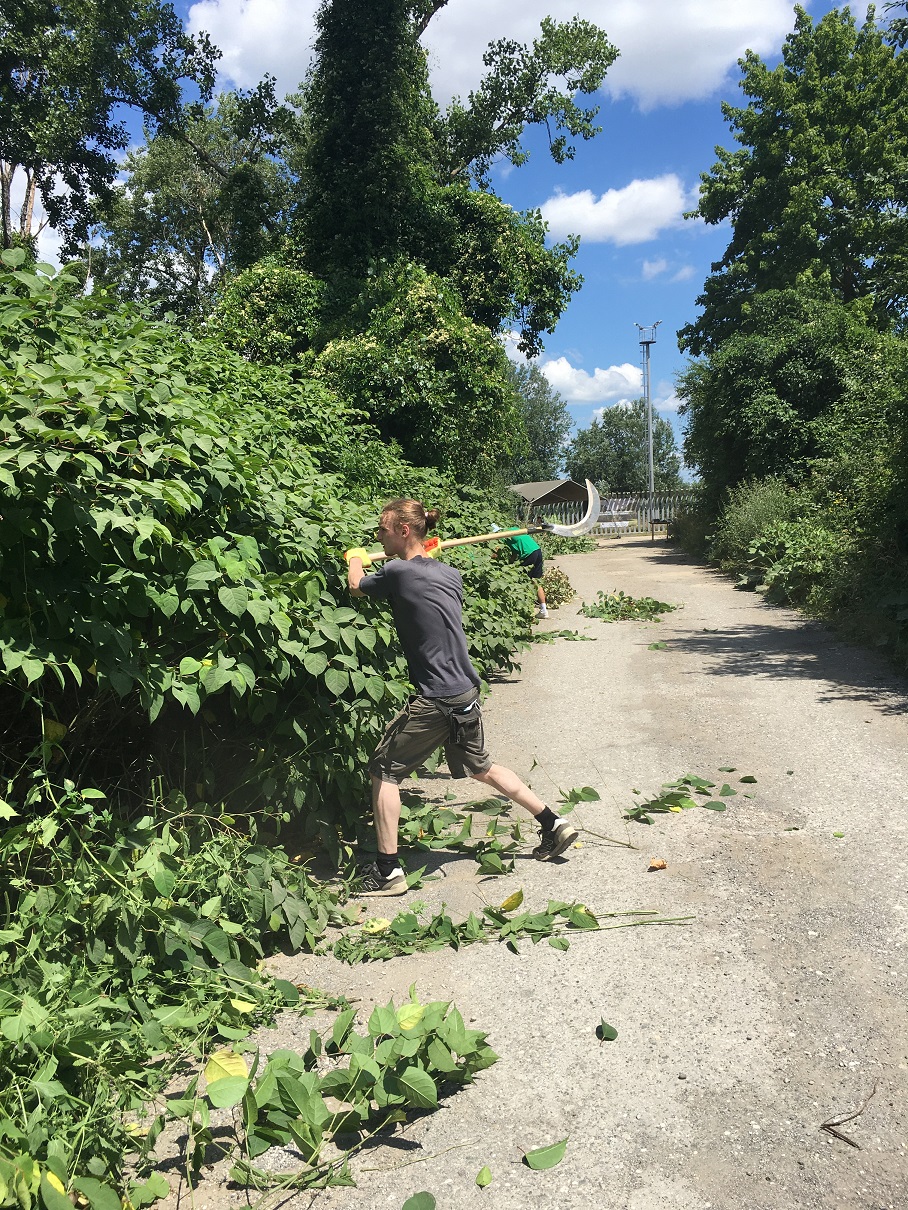 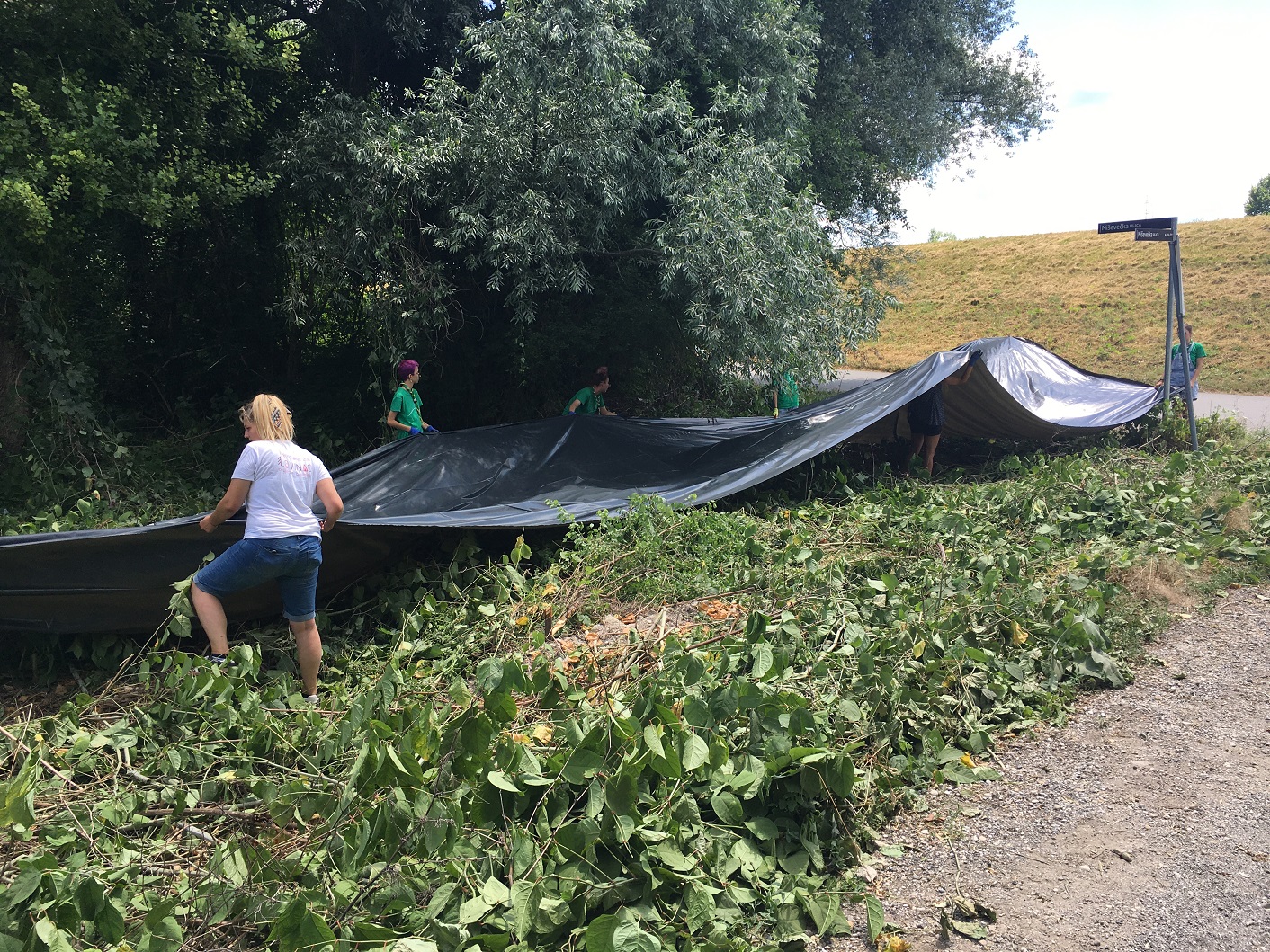 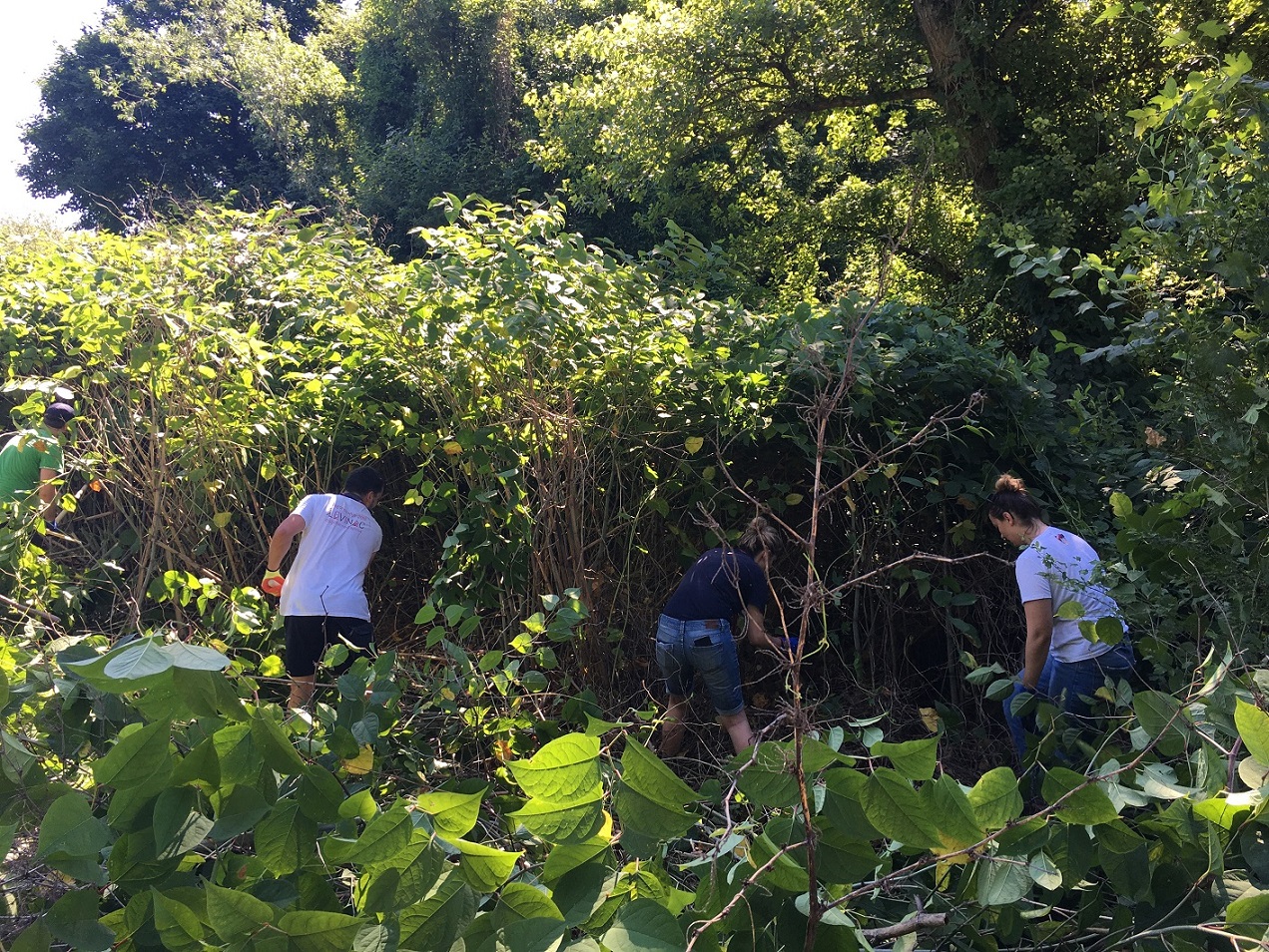 The Japanese knotweed plant was introduced to Europe from East Asia about 200 years ago, and was used as an ornamental plant. Over time, it has been shown to be extremely harmful to all other local vegetation, to reduce biodiversity, but also to change the chemical composition of the soil and destroy infrastructure.

As there are no natural “enemies” in Europe, the Japanese knotweed is extremely resilient and easily spread. Precisely because of its fast growth and extremely easy spread and extreme damage to other vegetation, this plant is considered one of the most harmful invasive alien species in Croatia. 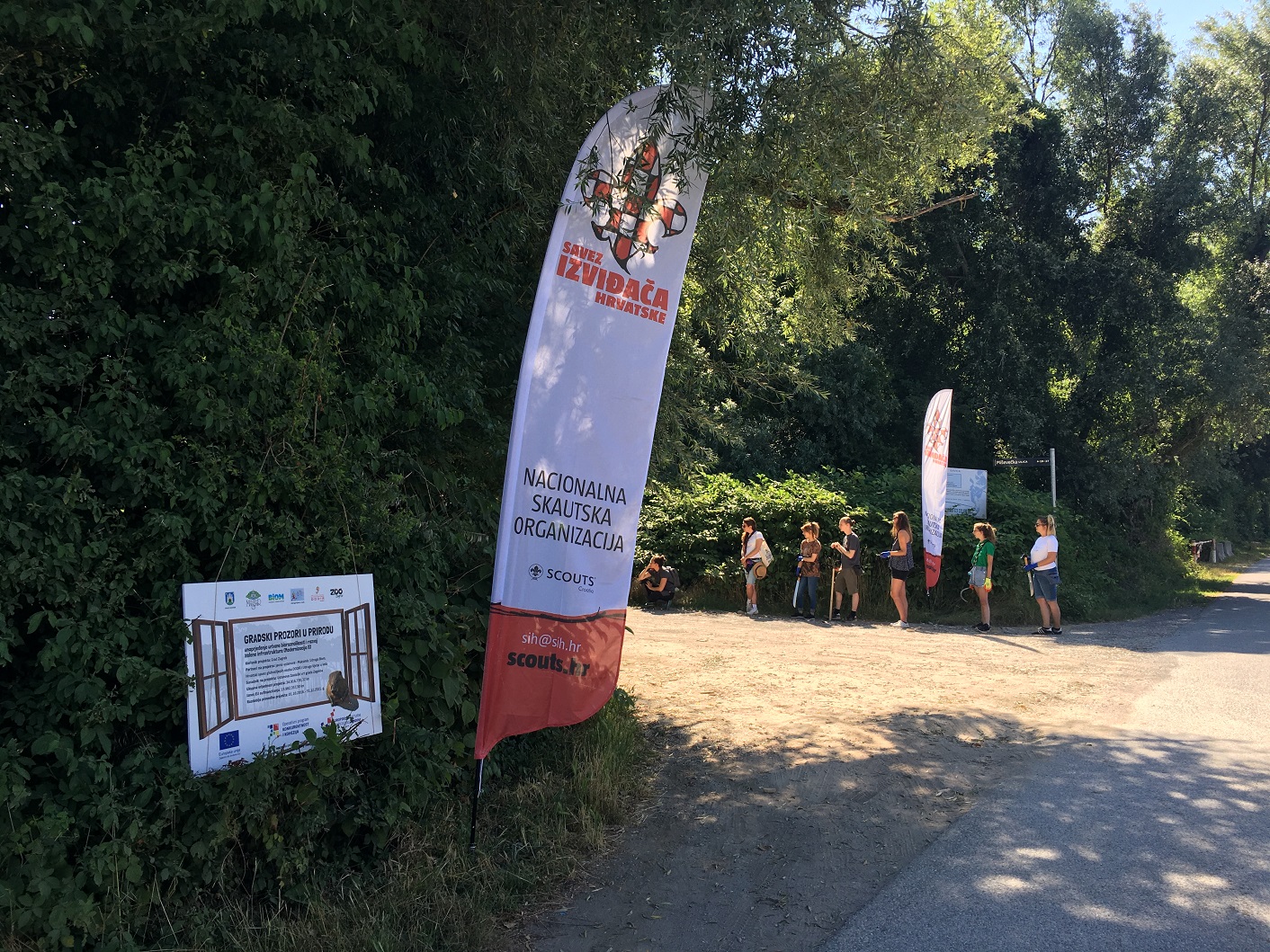 The tools used when clearing the terrain are exclusively “hand-held” and do not have their own propulsion machines to promote nature protection that does not cause damage to the surrounding vegetation and does not disturb other species that live in that protected area.

The decision of the Ministry of Regional Development and European Union Funds and the signed Grant Agreement to finance the project, the City of Zagreb, beneficiary and project holder, approved co-financing of the project “City windows in nature – improving urban biodiversity and green infrastructure development (Modernization II)” from the European Regional Development Fund. The implementers of the activities are the Scout Association of Croatia and the company Scout shop d.o.o.

The aim of these activities is to emphasise the need to implement European and national legislation related to invasive species that pose an increasing problem by spreading and pushing indigenous species from their habitats and to examine the best methods of removing invasive species in protected areas of Zagreb.

The organisers of the events include citizens, primarily young people, through workshops to promote the ideas of nature protection. In addition to the works, the activities also include educating participants about protected areas of the City of Zagreb, given their importance in preserving urban biodiversity and the way of working and the problems that invasive alien species cause in nature.

The following workshops and activities will be held in the coming months:

Removal of invasive alien plant species in the area of the monument of park architecture Maksimir Park;

Revitalisation of the area in the monument of park architecture Maksimir Park (restoration and supplementation of the forest fund);

Revitalisation of the area in the significant landscape of Savica (restoration and supplementation of the forest fund).