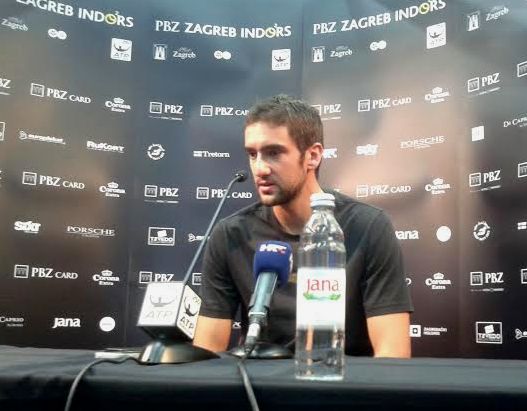 Usually in the first week of January you would find Croatian tennis star Marin Čilić in the sun down under in Australia preparing for the year’s first Grand Slam, but on Friday the US Open champ was in a very cold Zagreb…

Čilić, who was in Zagreb at a press conference ahead of this month’s Zagreb Indoors tournament (31 January – 8 February), said that a niggling shoulder injury may force him out of Australian Open in Melbourne which starts in just over a fortnight.

“My shoulder is bothering me. I will have to test it a few more times to see if I will be able to play at all in the Australian Open,” said the World Number 9, adding that he will not risk further injury to his shoulder that could rule him out for a longer period, and that he will have to be 100% fit to take part in Melbourne.

Čilić has already pulled out of a tournament in Brisbane.