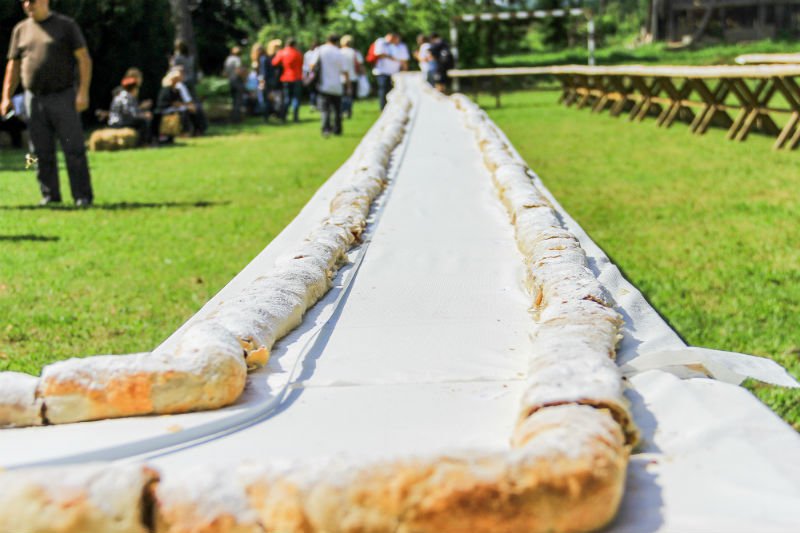 Official confirmation has just come through confirming that a 1,479 metre strudel prepared in the central Croatian town of Jaškovo has entered the Guinness Book of Records for being the world’s longest…

The record-breaking strudel was cooked with indigenous apples and grapes, and made according to an old recipe from the region Ozalj as part of the ‘Jaškovo for the world- Strudel for Guinness’ manifesto last September.

It was planned that the strudel would be 1,300 metres long, but because of the quantity of ingredients prepared, the organisers decided to set the bar even higher and eventually produced a strudel which the judges measured at 1,479 metres. 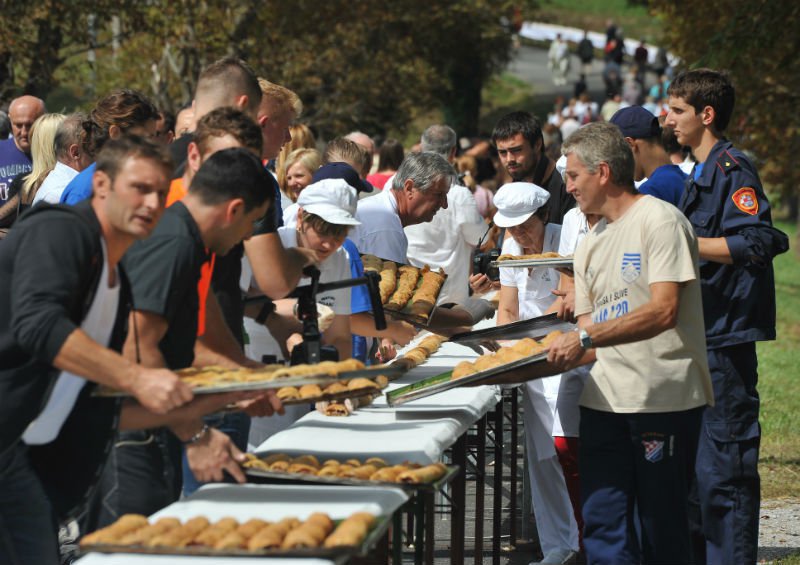