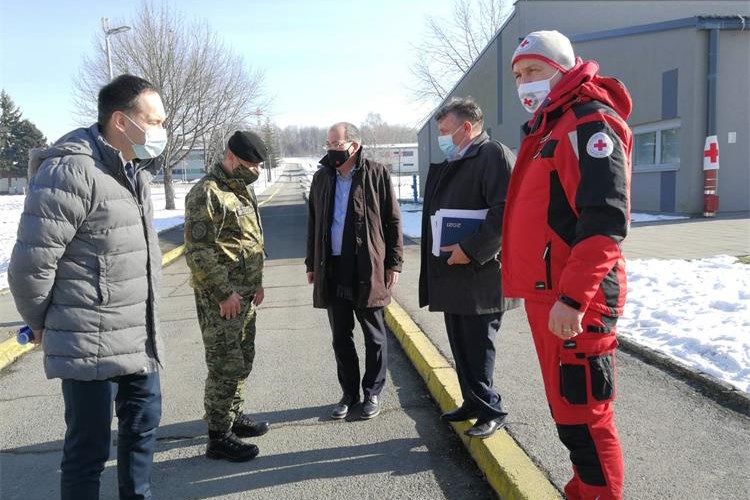 ZAGREB, 19 January (Hina) – Canadian Ambassador Alan Bowman on Tuesday visited the quake-affected towns of Petrinja and Glina and held talks with officials of the Red Cross Croatia, which is in charge of distributing aid sent by Canada.

“Canada sympathises with all people affected by the earthquake. The Canadian government closely cooperates with the Red Cross in providing aid to those in need,” said Bowman while addressing media in the Croatian language, after he held talks with the Red Cross Croatia director.

Bowman recalled that on the first day after the 29 December quake, Canadian Croats raised 100,000 Canadian dollars for quake victims and that the amount had in the meantime increased to nearly half a million dollars.

“The Canadian government has provided an equal amount which has been sent to the Red Cross Croatia. I am here for that reason, to see the good job that is being done and to which Canada will contribute,” the diplomat said.

The ambassador said that he was impressed with the Croatian government’s handling of the crisis and the extent of operations conducted by the Red Cross.

“This is really impressive and I am sure that they give good assistance to those who need it,” he said, adding that he would like to visit Sisak, too, to get a full insight into the aftermath of the devastating quake. 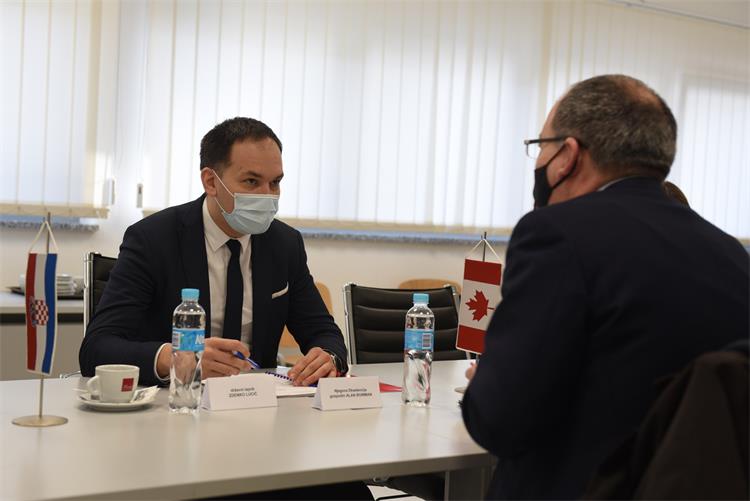 A Croatian foreign ministry state secretary, Zdenko Lucić, who accompanied the ambassador during his visit to Petrinja and Glina, thanked Canada for the abundant donation.

Japanese Ambassador Misako Kaji also visited Petrinja on Tuesday to express her sympathy with the local population, saying that her country had not forgotten Croatia’s solidarity with the Japanese people after the 2011 devastating earthquake.

The Japanese diplomat and the Petrinja mayor, Darinko Dumbović, held talks on the Japanese experience in handling the aftermath of quakes and in post-quake reconstruction. After the closed-door meetings they addressed the press.

“I would like to express my heartfelt condolence and sympathy to all the families and the community,” Ambassador Kaji said in her message to the quake victims. “Japan never forgets the help and solidarity expressed from Croatia when we had the devastating earthquake ten years ago,” she added.

The ambassador said she had the useful exchange of opinions and ideas with Mayor Dumbović regarding the post-quake reconstruction. “I hope that we can support you to build again better this beautiful city,” the ambassador said.

The mayor said that the experience of Japan in post-quake reconstruction and in efforts to build everything on solid foundations was welcome. He thanked the friends from Japan for their readiness to help with their experience and know-how.