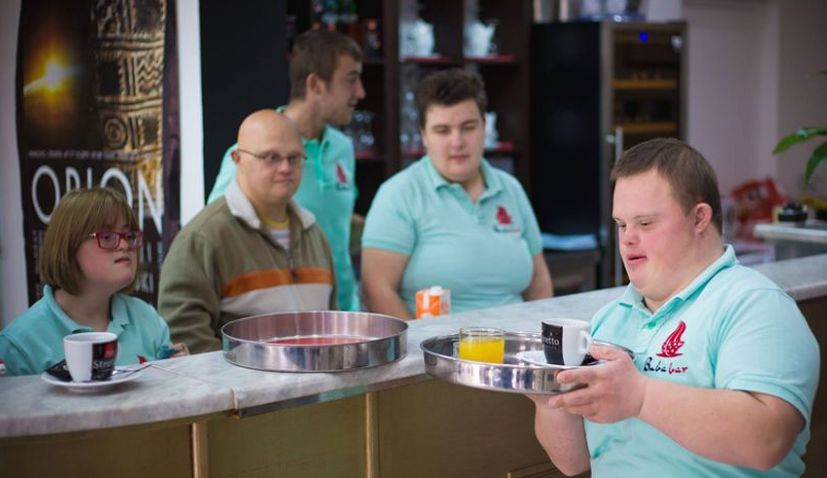 ZAGREB, Feb 8 (Hina) – Buba Bar, a cafe where people with Down syndrome and intellectual disabilities will be employed, is likely to open its doors to first visitors soon in the eastern city of Vinkovci, the head of the local association of disabled people called “Bubamara”, has recently said.

The association’s leader, Tomislav Velic, said this past Tuesday that after a series of problems which this association called Bubamara met after having launched this project, the opening of the cafe could be expected soon.

The coffee shop will employ around ten members of the Association, who will prepare and serve drinks.

Between HRK 6 and 7 million were invested into the premises in the centre of Vinkovci, which were fitted out with financial support from the local authorities in the City of  Vinkovci, and the project was initiated three years ago.

“We have a few more papers to obtain, and Buba Bar can open its doors. Through this project we wish to include people with disabilities in the labour market and show the potential of disabled people to the society,” Velic emphasised.

He noted that the Buba Bar had contributed, even before its opening, to the changes in national policies by means of the amendments to the law, which now provides for disabled people to work without losing their disability benefits.

“The question still hasn’t been resolved in full, but we will persevere in our intentions, because people with disabilities have the right to work,” said the president of the Bubamara association.

He noted that the goal of Bubamara was not simply to employ a dozen of disabled people in the bar, but that their top priority was national visibility in order for people with disabilities to enter the labour market, no matter what type of work they would like to do.