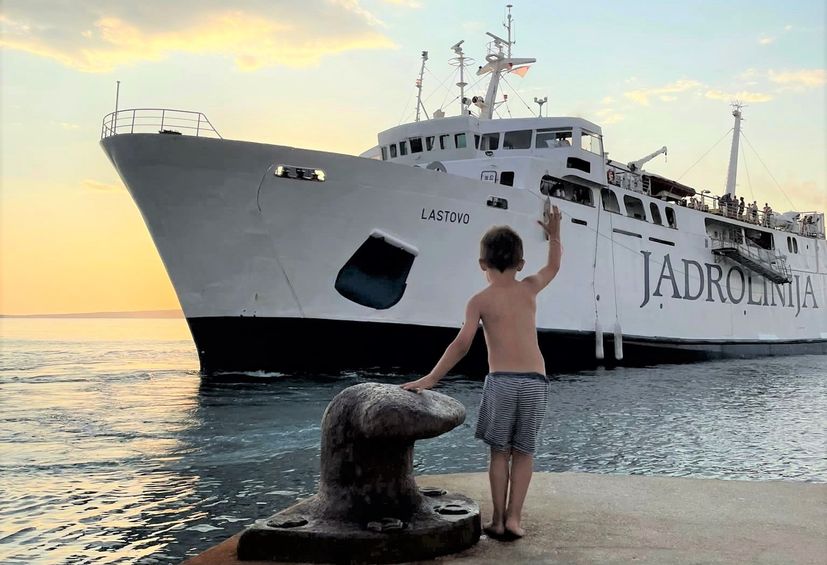 Little Hrvoje and his friends greeted Jadrolinija’s “Lastovo” ferry at the waterfront on the Croatian island of Olib twice a day for the past two months.

When the impressive “Lastovo” ferry would emerge at Oliba port, the kids would jump out of the sea, wet, barefoot, on a scooter or bicycle, and rush to the to meet it. 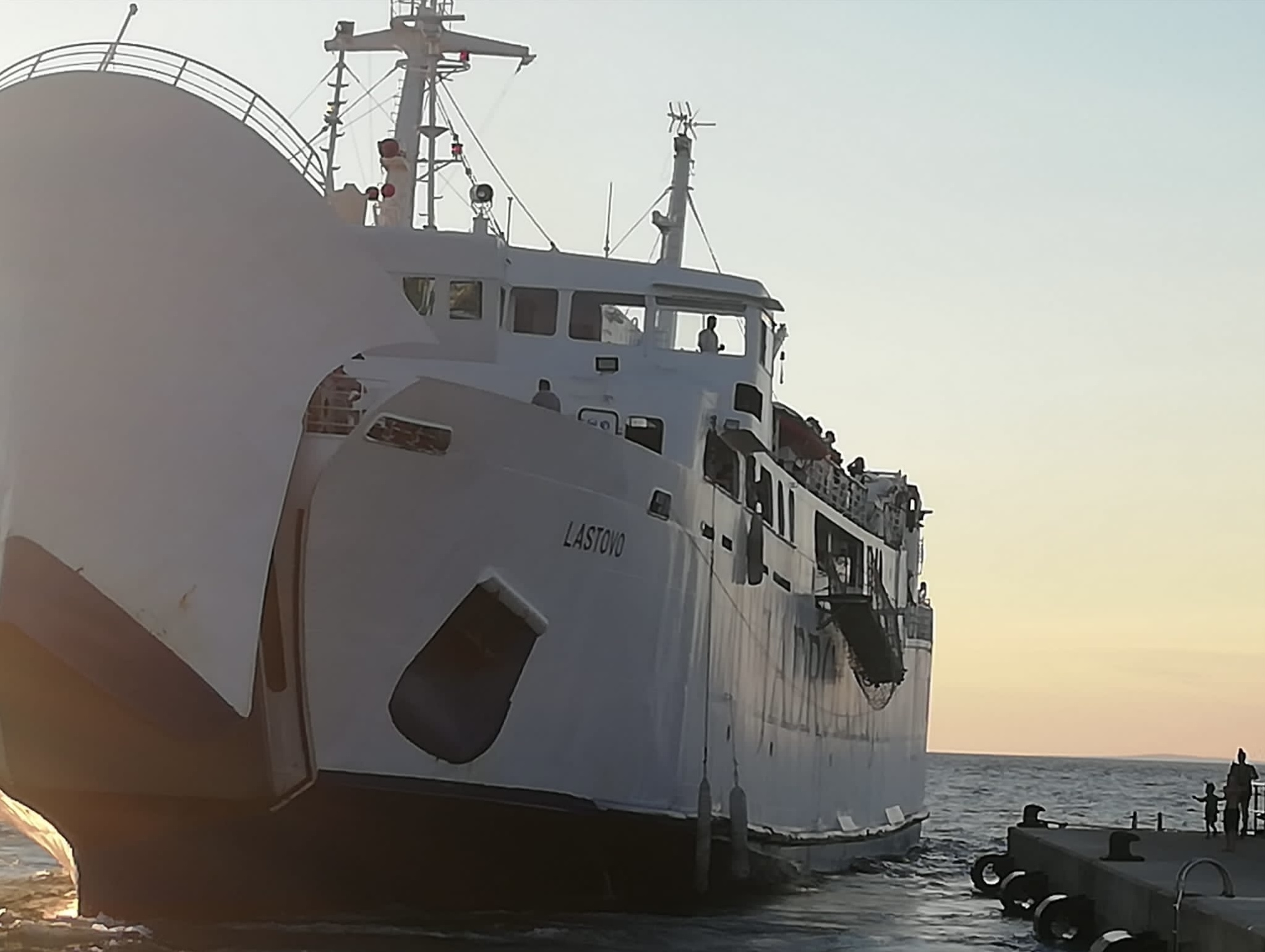 Four-year-old Hrvoje and his friends Marin, Karli, Tessa, Tomas and Vito would look forward to the arrival of “Lastovo”. They would rush to greet it twice a day –  at noon and a little before 8 p.m. 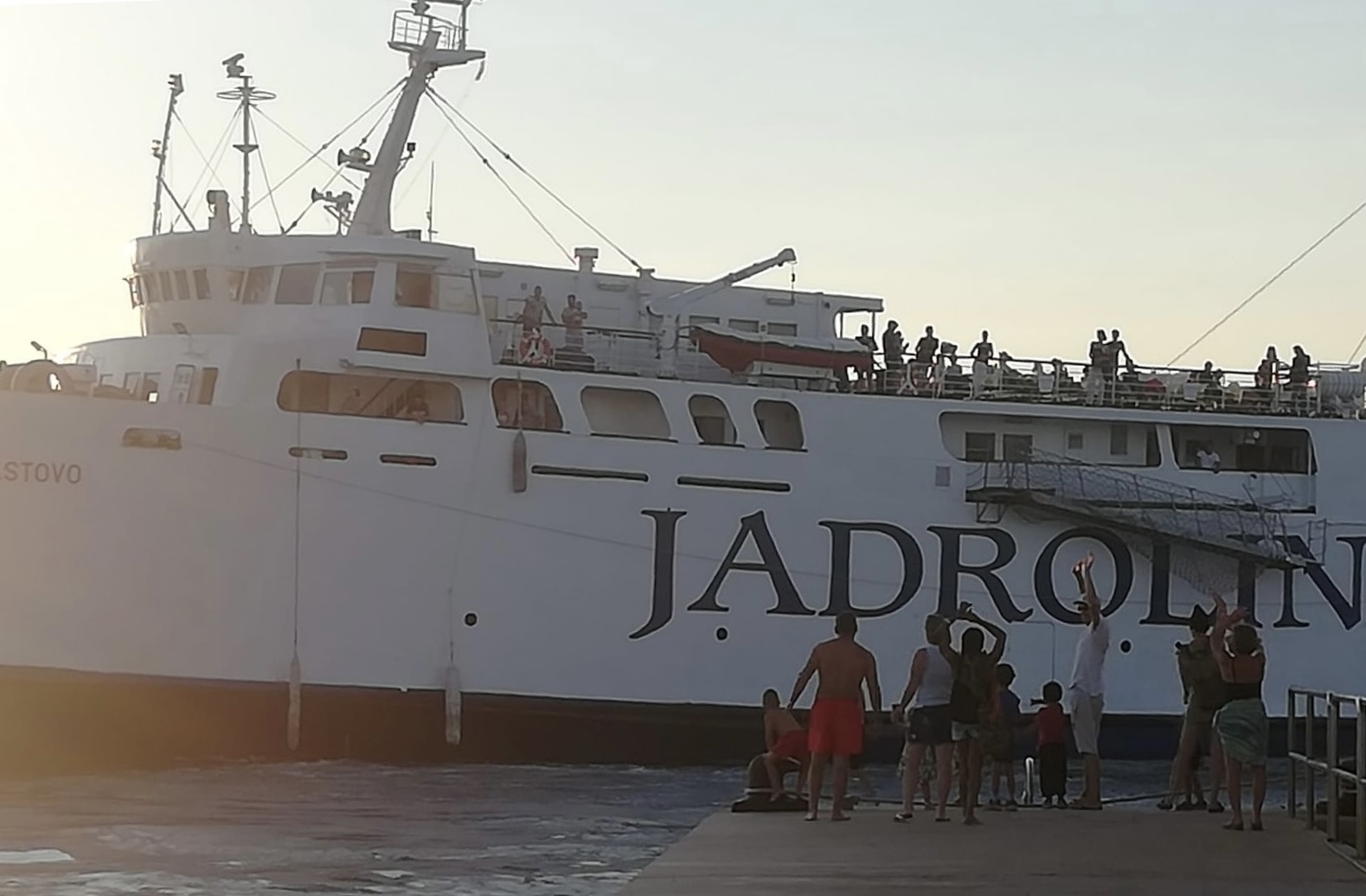 And then, as Burin.hr reports, one day a call out for them to come to the command bridge left them breathless.

After everything was ready for disembarkation, commander Igor Bačić left the ferry and went down among the children to say hello and shake their hands.

The captain had noticed the kids on the waterfront day after day, watching the ship with fascination, waving towards the bridge and, of course, jumping after the ship when it left the waterfront.

After the introduction, the kids were invited to the command bridge, which left them breathless. And then Hrvoje got to sound the ship’s siren (video below). 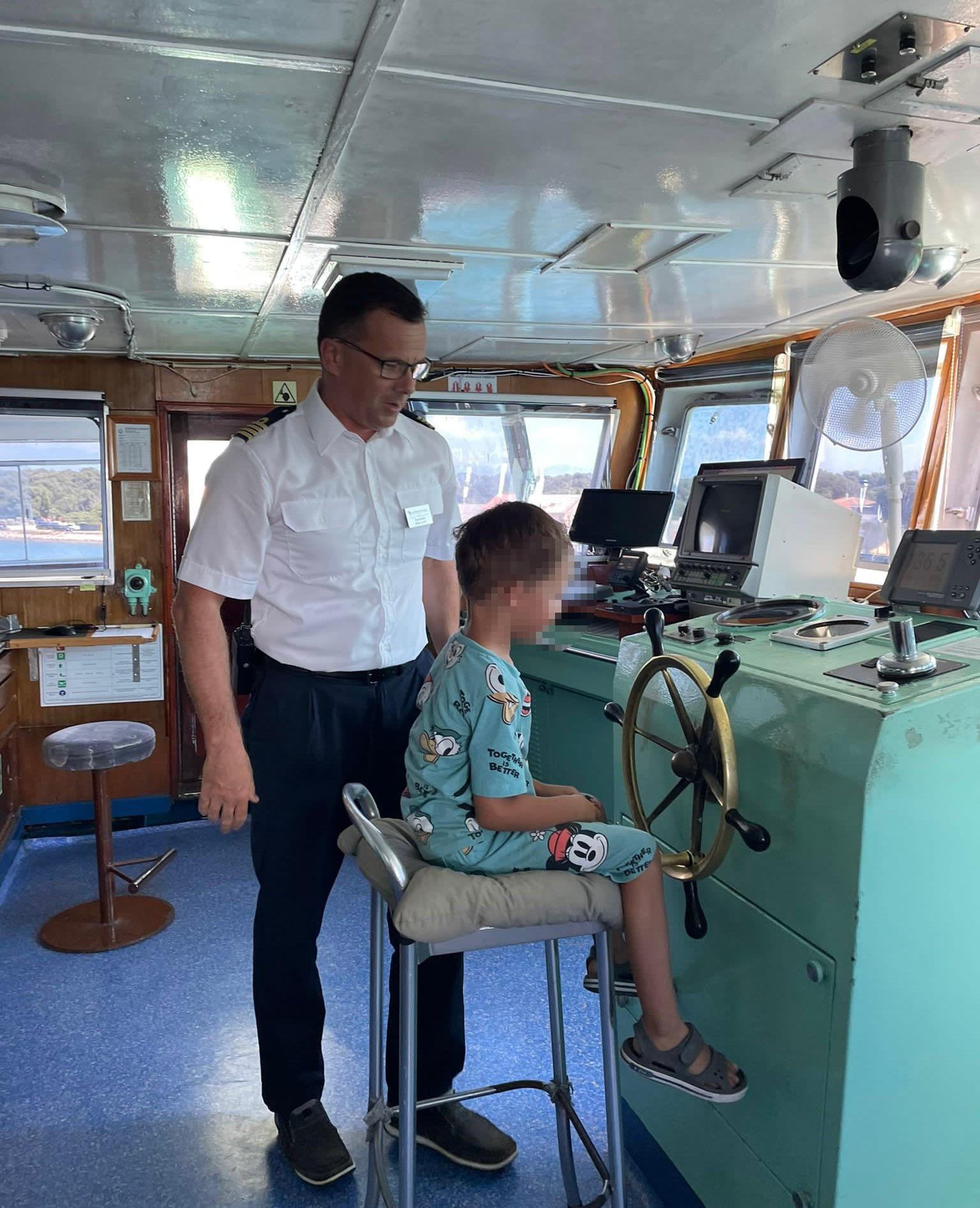 Spontaneously, from the bottom of his heart, little Hrvoje presented the commander with a T-shirt with the Olib motif, and a drawing of the ship “Lastovo” from a child’s perspective.

The next day, the captain dropped off a bag of toys and crayons for Hrvoje and his friends.

And then Hrvoje was given a letter with a picture of the ship “Lastovo” and a farewell from the captain because another crew was taking over on the ferry. 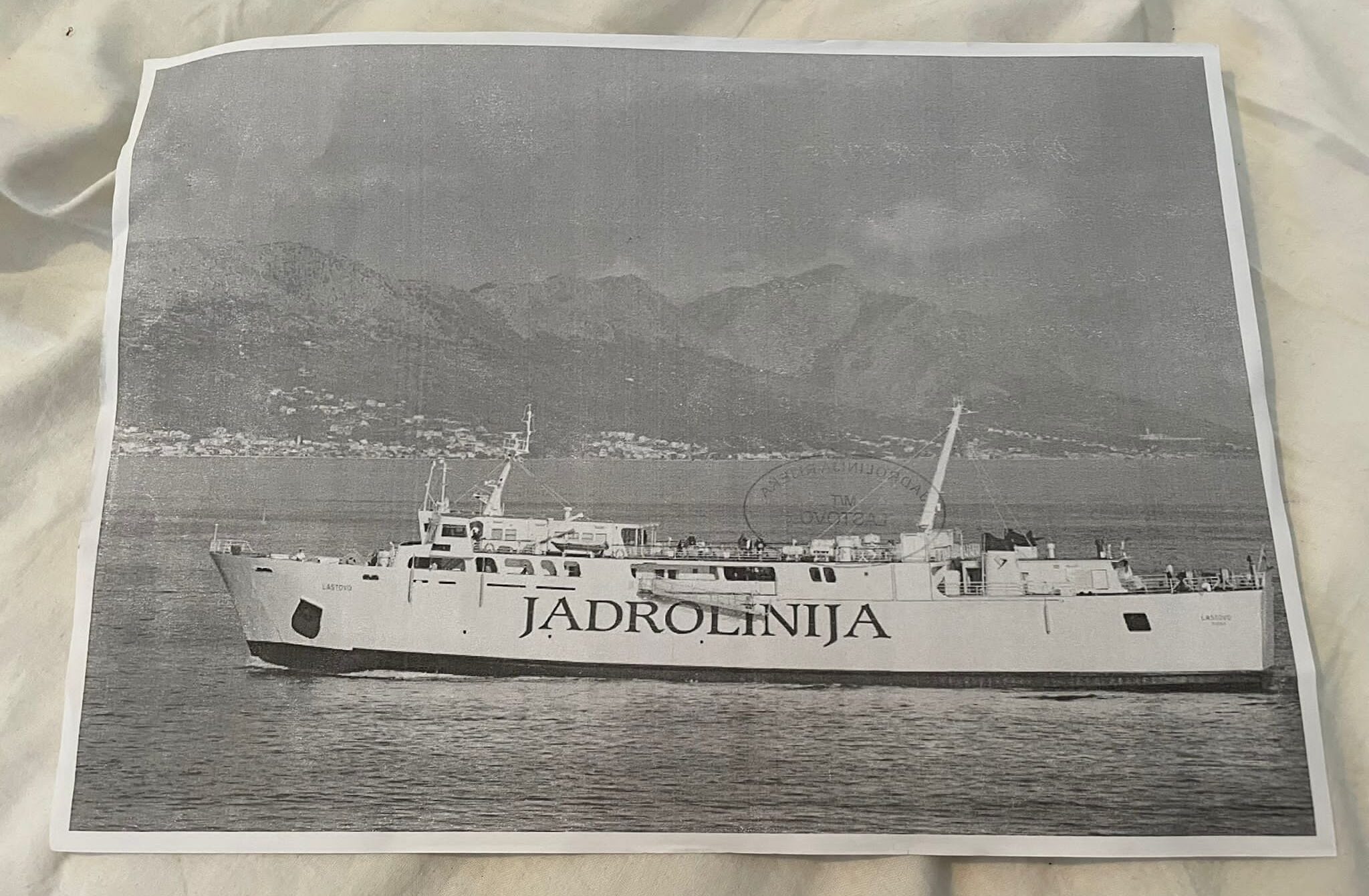 The photo of the ferry (Photo credit: Portal Burin)

“Dear Hrvoje! May every next summer be as fun and happy as this one!!! Wishes to you from captain Igor Bačić and capo Dean Koludrović”, the letter wrote. 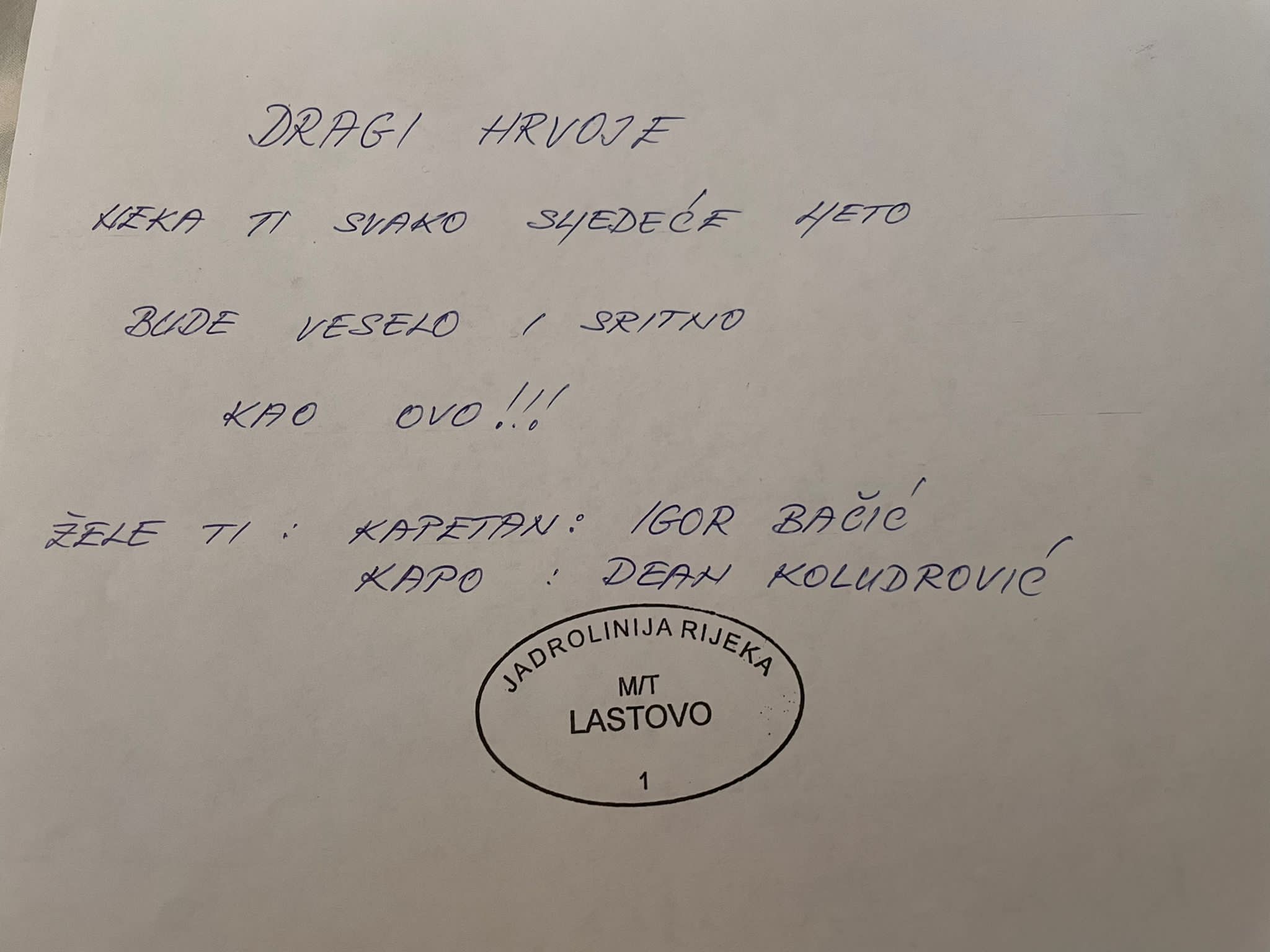