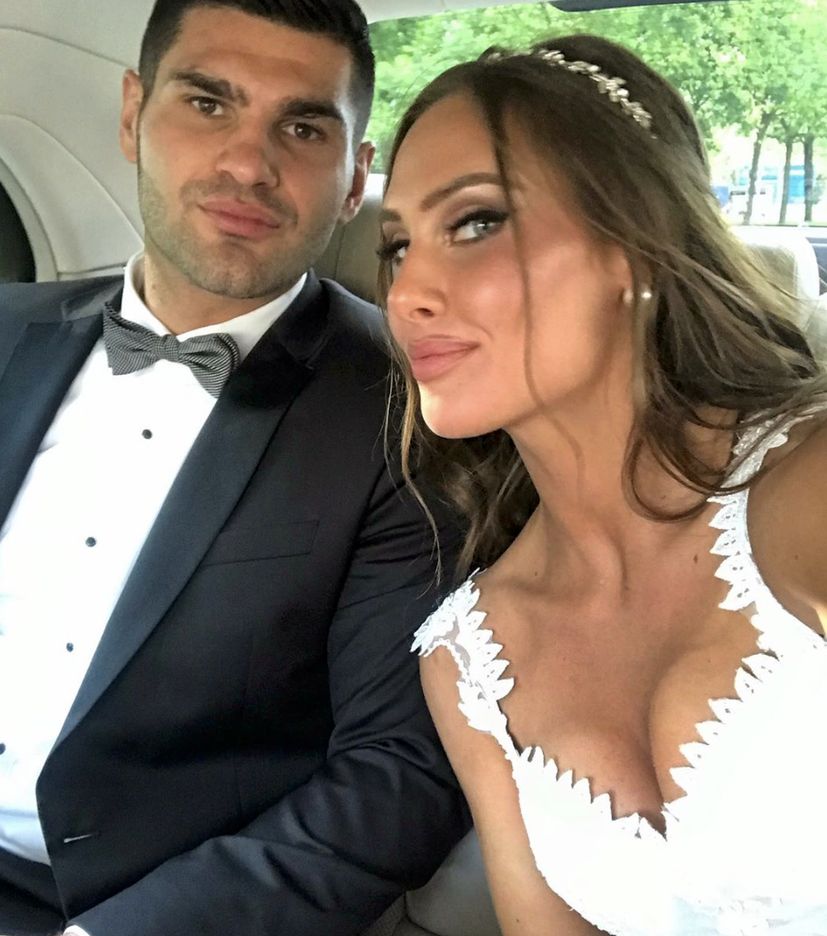 Hrgović, who turns 27 in three days, married his long-time girlfriend Marinela Čaja in Sesvete, just outside of Zagreb on Saturday.

Just seven days ago, the Croatian defended his WBC International Heavyweight Championship title in his boxing debut in America.

Filip and Marinela, who is two years younger than him, have been together for the past six years. The couple exchanged vows this afternoon at the All Saints church in Sesvete. The reception is to be held just outside of Zagreb on a ranch, Jutarnji list reported.

Marinela looked elegant in her white wedding gown carrying a bouquet of white roses, whilst Filip looked sharp in a bow ties.

“Mr & Mrs Hrgović forever,” Filip wrote under a photo he posted on social media of the couple on their big day.

The couple both grew up in Sesvete and have known each other for a long time. Marinela is also into sports and is a keen volleyball player. The pair got engaged last year. After his 60-second KO win last week, the Rio 2016 Olympic bronze medallist is now 8-0 with 6 KOs. He is aiming to fight for the world heavyweight title within the next year and a half.