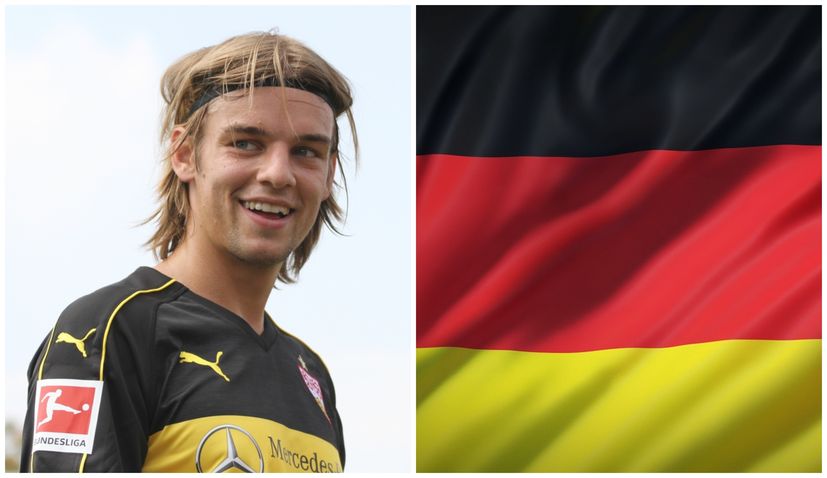 Stuttgart left back Borna Sosa hit the headlines over the weekend after announcing that he has decided to pledge his allegiance to Germany ahead of Croatia.

Sosa was recently given German citizenship, on Germany coach Joachim Löw’s initiative, through his mother Vesna who was born and grew up in Berlin.

The 23-year-old Croatian youth international, who has spent the past three years living and playing in Germany, said that not being called up to the Croatian A-team played a part in his decision.

Sosa’s decision stirred up reaction in Croatia but will he debut for Germany at next month’s Euro 2020 championship? The player himself says that it is not that important as he is thinking long-term, but he may face some legal hurdles.

Vladimir Iveta, a lawyer and secretary at the Croatian Football Federation, was asked by daily Sportske novosti if Sosa now qualifies to play for Germany under FIFA rules.

“I really value the German Football Association (DFB) and I can’t believe they would go into this without knowing what they are doing. So, I can’t offer an answer, but I know that according to the FIFA statute, Sosa has no right. He would only have had to have German citizenship as a kid, before he started playing for Croatian youth teams. It doesn’t matter if he met requirements, it’s crucial when he actually got it. If it is in March this year, I don’t see how he could join the German national team,” Iveta said.

German’s Kicker magazine also is questioning whether Sosa can now switch, referring to FIFA’s rule from Article 9 paragraph 2 b III which came into force relatively recently, in September 2020.

The rule states that a player can change and play for a national team whose citizenship he did not have only if he was under 21 years of age when he last played for the national team, either youth team or senior team, in an official match. Also very important, at least three years must have passed since the last appearance and the player must not have three or more appearances in the national jersey.

Sosa last played for Croatia U-21 against Scotland in November 2020 when he was 22 years old. He played a total of 47 games for Croatian youth teams.

Kicker says Sosa’s dream to play for Germany may be over before it started.

Sosa was born in Zagreb and played for Dinamo Zagreb before signing with German Bundesliga club VfB Stuttgart in 2018. He was named in Croatia’s preliminary 32-man squad for the 2018 World Cup in Russia but did not make the final 23.

“We regularly follow Borna Sosa’s club performance and he is definitely among the candidates for Croatia senior national team. Moreover, he was active and successful in youth categories, which is the best path towards the Vatreni. We expect Sosa to continue with good performances in Stuttgart, and come even closer to the A-squad. Of course, each player has the right to select his national team, if these options are available,” coach Zlatko Dalić said on Friday after the news broke, adding later that he respected the player’s decision.