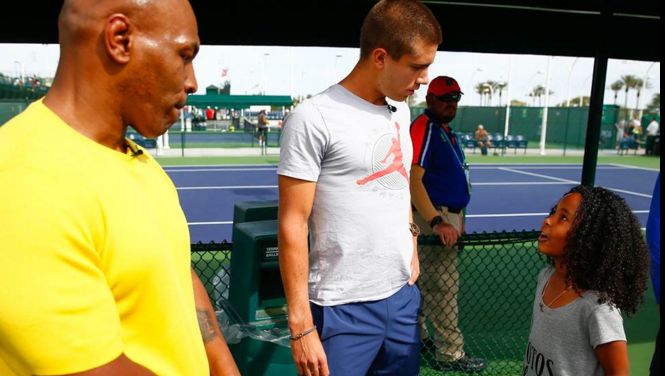 Rising Croatian tennis Borna Ćorić got to meet his idol Mike Tyson on Sunday after practice in Indian Wells, California. Ćorić, who faces Tomas Berdych in the 3rd round of the ATP 2016 BNP Paribas Open, had a surprise visitor after training yesterday. 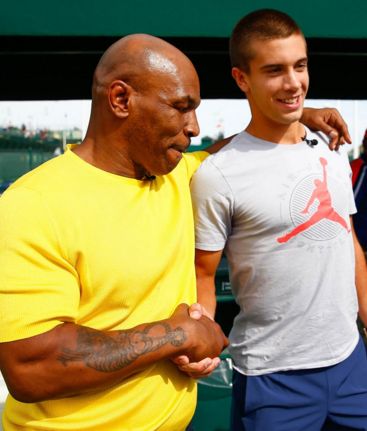 Former world heavyweight champion Tyson bought his daughter Milan court side to meet Ćorić, who is the highest ranked teen on the ATP tour. Milan is already showing signs of being a promising tennis player and could have a future in the game.

“Meeting my idol and his daughter at the BNP Paribas Open was just amazing!,” Ćorić tweeted after his encounter with Iron Mike and Milan. 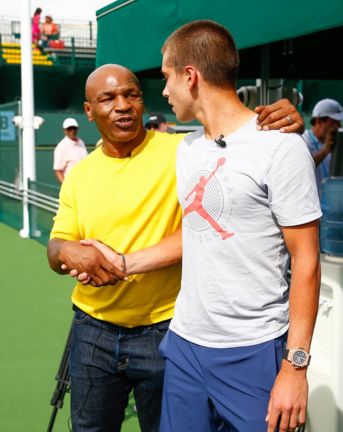 Tyson’s daughter could be a future tennis star (photo: Twitter)

Last week former Croatian tennis legend Goran Ivanišević said he would help coach Milan if she came to Croatia after being impressed when he was shown a video of her on court.