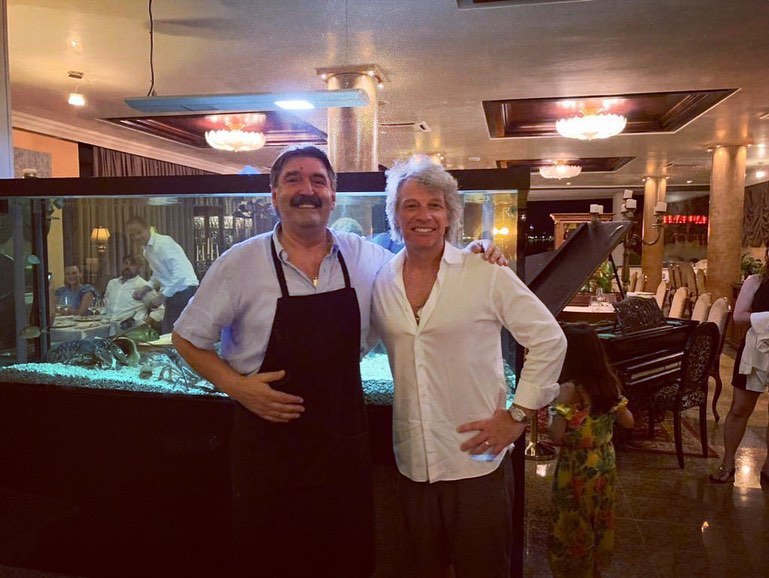 ZADAR, 29 June 2019 – American rock singer Jon Bon Jovi (57) says he will be back very, very soon after enjoying a day in Zadar on Croatia’s Dalmatian coast on Friday.

The legendary Bon Jovi frontman arrived in Croatia earlier this week with his wife Dorothea Hurley and youngest son, Romeo, and after spending time in Cavtat, Dubrovnik, Korčula and Hvar, they spent Friday enjoying the Zadar archipelago before dining in the evening at Zadar’s oldest restaurant ‘Niko’.

After enjoying some of the restaurant’s top fish specialities and posing for photos with staff, Bon Jovi told the restaurant owner, Erik Pavin, that he will be back.

“Jon and his group enjoyed in fish specialities and left very satisfied, and the singer paid the bill himself. As he was leaving, Bon Jovi thanked Pavin and when he said ‘I hope you will visit again’, he answered: ‘I will be back here very, very soon,” Zadarski.hr writes.

Pavin gifted Bon Jovi some famous paški sir (cheese from pag) before he made his way back onto his yacht.

Restaurant Niko is the oldest restaurant in Zadar and has operated for the past 56 years.

Bon Jovi will now join back up with his band to continue their 2019 ‘This house is not for sale’ tour. On Wednesday, Bon Jovi will play in Germany before dates in Spain, Switzerland, Poland, Belgium, Austria, Romania and Israel later in July.