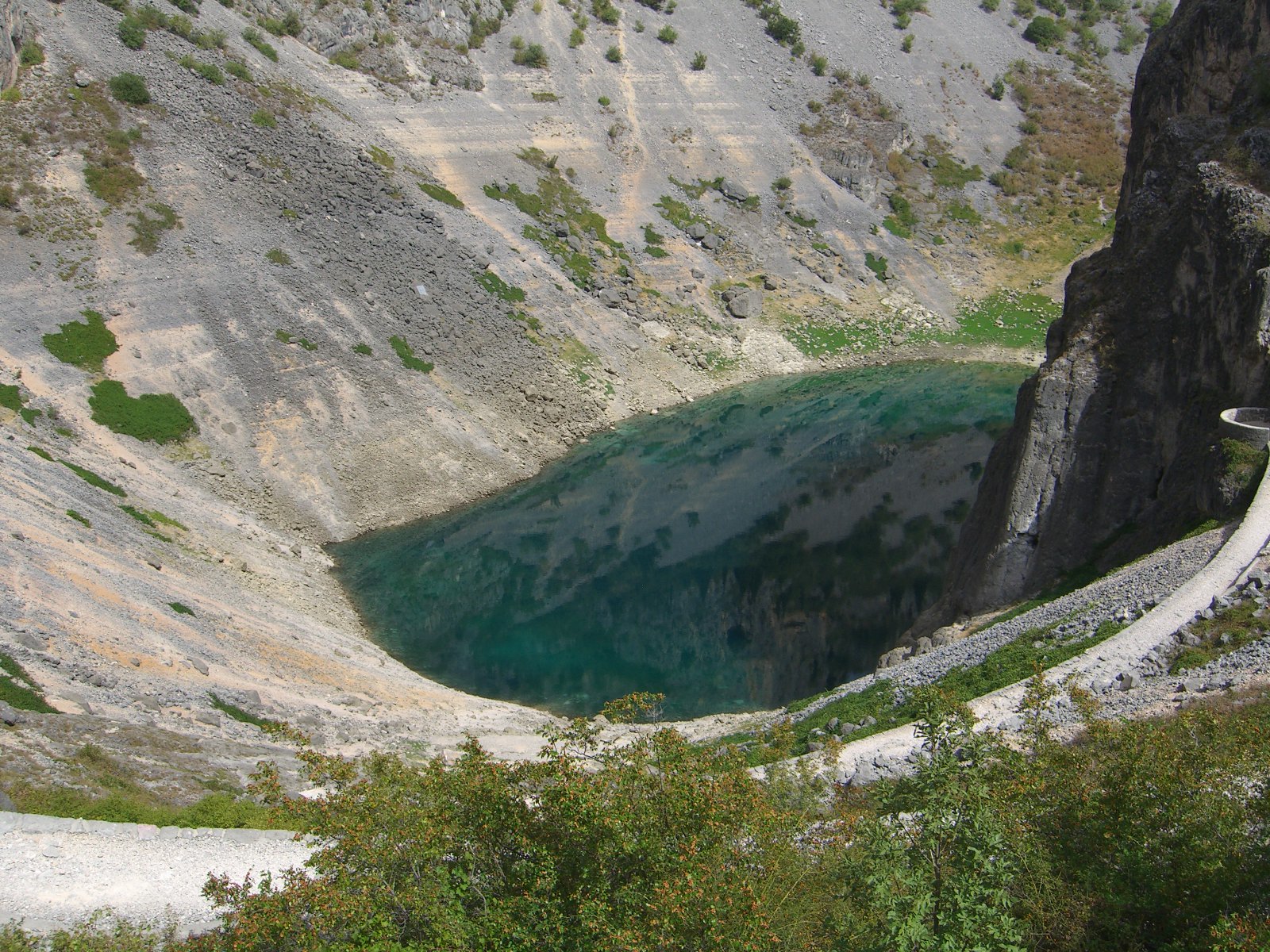 IMOTSKI, 19 September 2020 – Blue Lake in Imotski in the Dalmatian Hinterland is one of Croatia’s most attractive natural attractions.

The weather elements helped dry up one of Imotski’s natural attractions at the end of August, and at the start of September, the last drop of water disappeared from its muddy puddle in the middle. 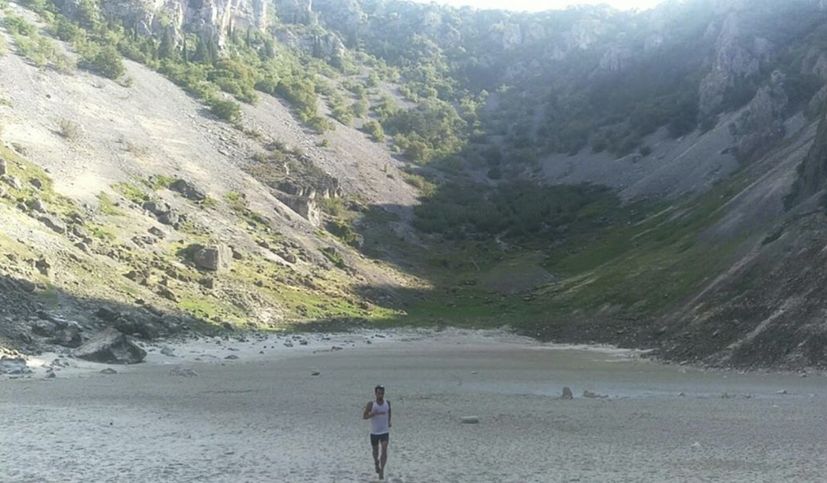 It is not the first time the lake has dried up and when it does happen a traditional football match is played on the bottom of the lake between Vilenjaci (Elves) and Vukodlaci (Werewolves).

The unique match was first played in 1943. Since then it has taken place only a handful of times.

The match will take place again this Sunday, 20 September at 3 p.m. 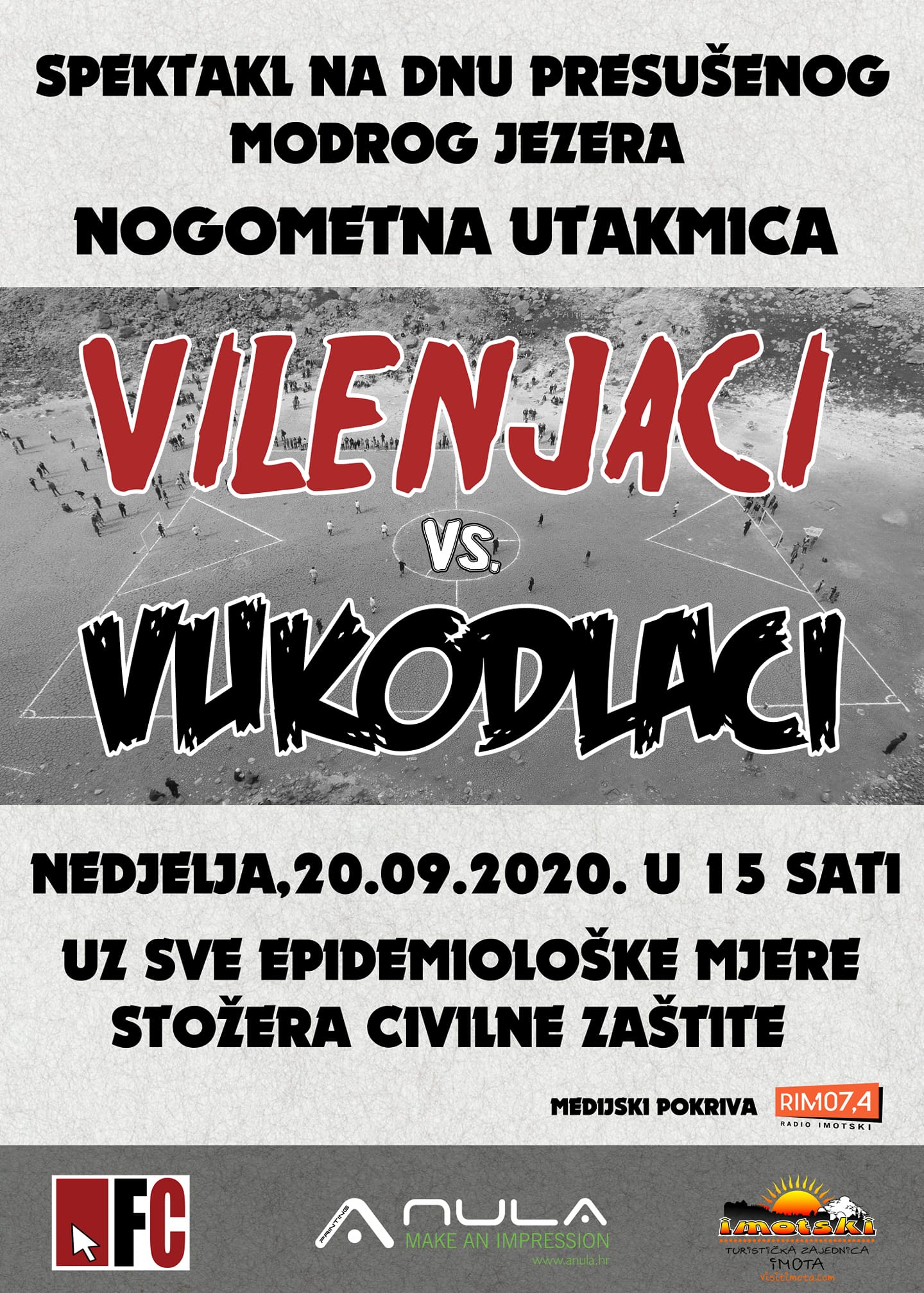 Footage from the match played in 2011 below.