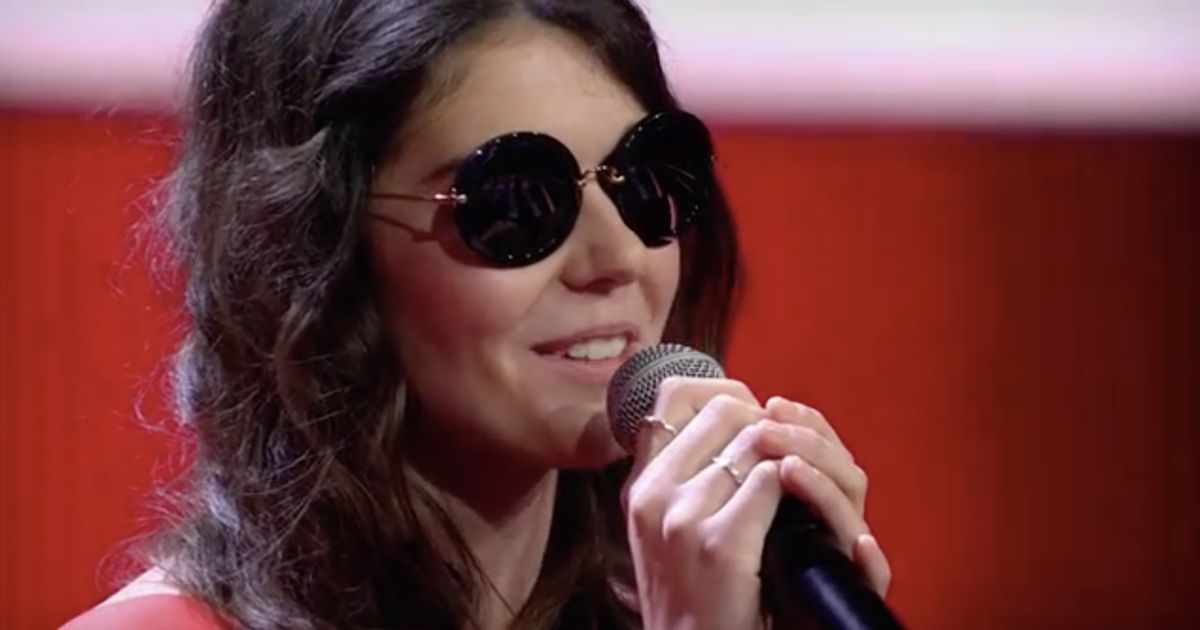 Blind Swiss-Croatian Bernarda Brunović (25) has stolen the show again in her second appearance on the German version of the popular talent show The Voice.

Bernarda won over the judges on the first episode of season 8 of ‘The Voice of Germany’ which aired last month with her performance of Marvin Gaye’s I Heard It Through The Grapevine.

Bernarda decided to go with Irish-American singer Kelly who was a member of The Kelly Family.

Last night she performed again, this time with Laura Neels. The pair sang Adele’s Rolling in the Deep.

“There have been a few moments in my life where music has helped me. I would listen to songs in hard times and in the songs I would find the strength to get up and fight. As long as I live there is always hope. My dream is one day I will be able to see,” Bernarda said after her first performance.

Born without sight, Bernada lives in Switzerland and has had over 30 operations with none being successful. She even lost an eye during one operation.

Bernarda has written over 250 songs and was a contestant in the search for Switzerland’s Eurovision representative in 2014.

Check out her performance last night below.