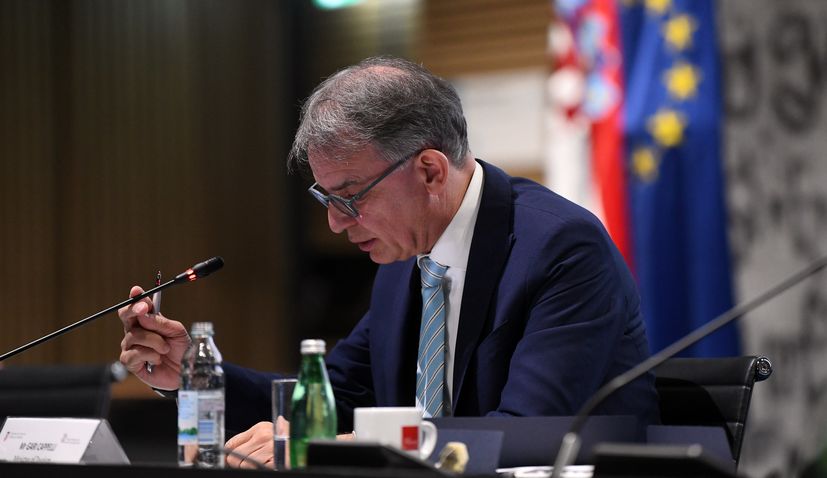 ZAGREB, May 7 (Hina) – Croatia’s Tourism Minister Gari Cappelli said on Thursday there was a big interest in many countries in opening borders for tourists and that intensive talks on that were underway.

Speaking to the press ahead of a cabinet meeting, Cappelli said over 100,000 queries came from Italy over the past three days given that its inhabitants had bookings for August which they did not wish to cancel.

“Italians are still hoping to come to Croatia. Slovenians, Austrians, the Czech even more so,” he said, adding that there were no major cancellations for July and August while half of those for June had been cancelled.

He said those guests too could still “get back in the game” if the borders were opened in the next two to three weeks.

Asked how the borders within the EU would be opened, Cappelli said it would be agreed bilaterally.

He said opening the border with Bosnia and Herzegovina was being planned and announced that precise coronavirus measures for hospitality and tourism, which he said were more than fair, would be presented at Friday’s press briefing of the national civil protection authority.

Minister Cappelli also conducted a conference call on Thursday with his Italian counterpart Dario Franceschini and the two ministers discussed measures and plans for tourism and ways of enabling travel, the ministry said in a press release.

Cappelli among other things said that Italy was one of Croatia’s most important tourism markets and that because of the current situation the cooperation of all EU countries was needed now more than ever, particularly between tourism leaders, in defining better financial frameworks for tourism and defining standards and procedures aimed at maintaining a balance between health and stabilisation of the tourist market in Europe.

“We have proposed establishing a joint travel protocol at the EU level, with mutually harmonised regulations, while individual countries can make bilateral arrangements. Keeping in mind the current developments in individual countries, we could consider when to open borders and how to make the entire process more efficient and faster,” Cappelli said.

Minister Franceschini underscored that all countries were thinking about how to come up with the best possible solutions to activate and stabilise the tourism market, both domestic and international. He stressed the importance of finding a common solution at the EU level with regard to further measures that would contribute to safety in tourism, which would primarily refer to hygiene regulations and the like.

According to data in the eVisitor system, in 2019 Italian tourists accounted for about 1.2 million arrivals and 5.5 million bed nights in Croatia. Italian visitors were fifth in terms of the number of bed nights, after Germans, Slovenians, Austrians and Poles.

According to the central bank, revenue generated by tourists from Italy in 2019 is estimated at about €1 billion.