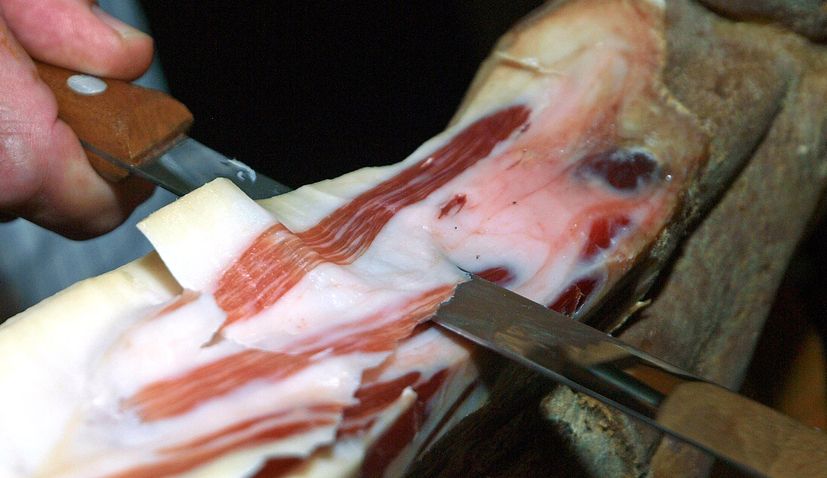 ZADAR, September 25, 2020 – With 97.60 points, Smjeli from Dalmatia was declared the champion pršut at the 6th Days of Croatian Pršut being held in Zadar.

Ten pršut samples, which were all protected Croatian pršuts, were received for evaluation and the fact that only gold medals have been awarded at this prestigious event in the last few years speaks volumes about the products in question.

“For quality Dalmatian pršut, the quality of the leg, weighing over 11 kilograms of fresh meat, is also extremely important. Bura wind is very desirable, but it is not good when it blows too much because in that case, the pršut dries too much,” says Vlade Prančić, owner of the awarded Croatian pršut Smjeli, which produces one hundred tons of pršut a year and most of them are sold in the tourist season, which was affected by the pandemic this year. 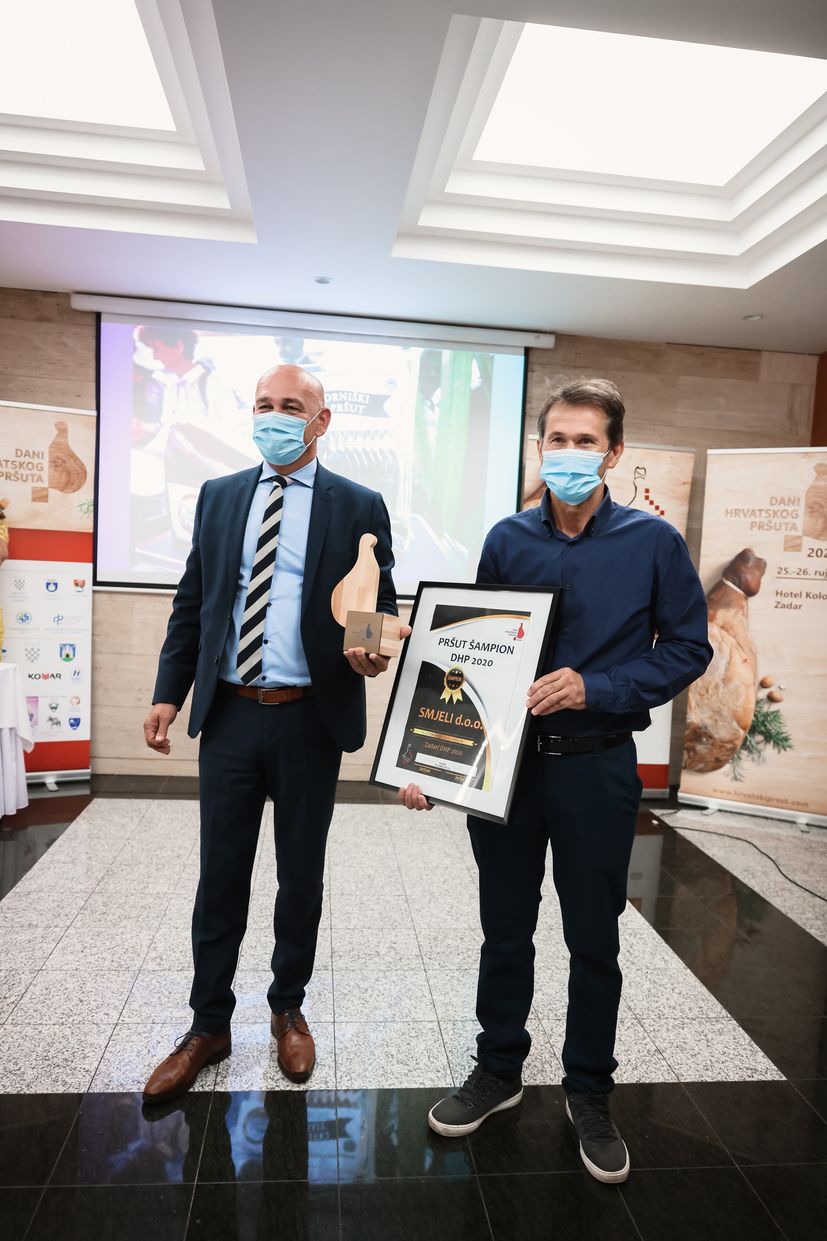 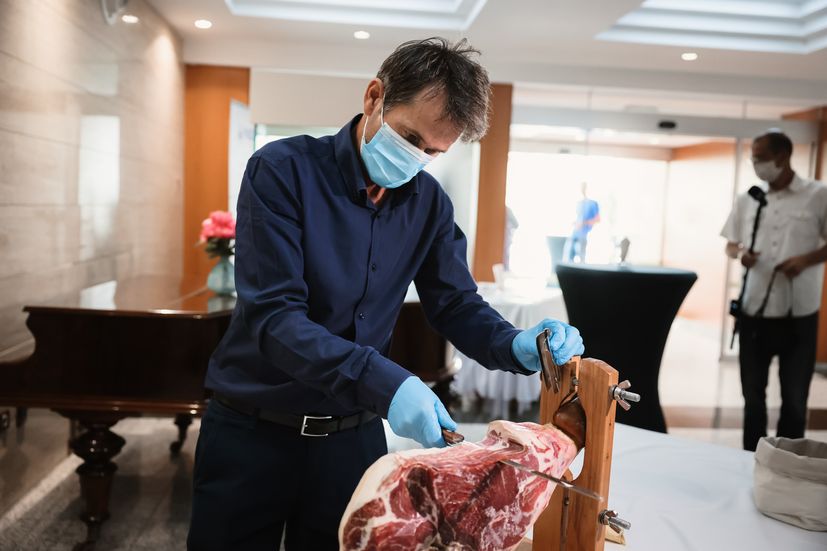 Pršut producers called on state institutions to help them. Darko Markotić, president of the Croatian Pršut Cluster, says that the pandemic has shown how sensitive tourism is to the economy.

“Tourism as the best opportunity for the placement of our pršut and our largest market with its decline has caused a decline in sales of pršut in Croatia. Pršuts remained hanging and with them a considerable amount of capital invested in them. This puts us all at risk that this salting season ahead of us will not have enough working capital for a new production cycle, and thus the possibility that when the situation normalizes, the market will be left without our pršut,” said Markotić who also called on state institutions – Ministry Agriculture and the Ministry of Finance to be ready to help this sector as well. 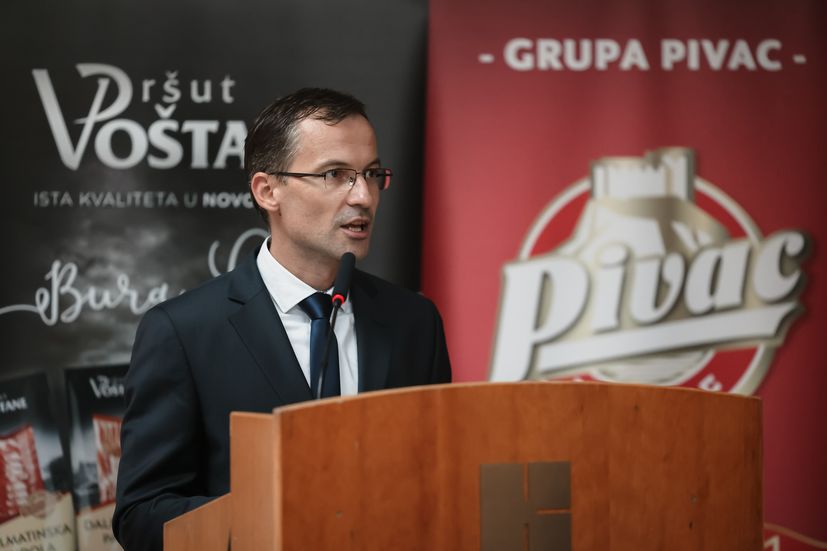 Dragan Kovačević, Vice President of the Croatian Chamber of Commerce for Tourism and Agriculture, believes that this crisis has shown that in addition to sales in tourism, it is important to have more stable sales channels. Especially the network of retail chains, not only in Croatia but as export-sales channels in foreign markets.

He points out that despite protected pršut of exceptional quality, Croatia is still a large importer of pršut, with less than 500 thousand pieces, it does not meet even 50 percent of its own needs. 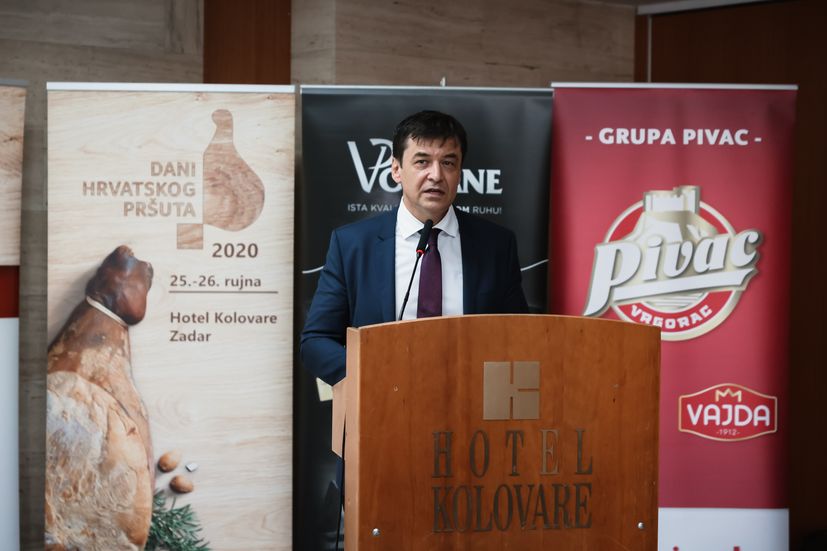 “We are witnessing a number of measures and ways in which the Government of the Republic of Croatia has influenced the preservation of economic activities. The Ministry of Agriculture also, through a number of emergency assistance measures, primarily influenced the preservation of the stability of all agricultural sectors, including the pig sector, an inseparable part of pršut production. It is certainly worth mentioning the new rural development measure whose implementation is in preparation (Measure M21) and refers to assistance to primary producers who suffered business damage caused by COVID-19 in the amount of up to seven thousand euros and companies, processors up to 50 thousand euros. Requests for this measure will be submitted by the end of this year,” said Zdravko Barać, Assistant Minister of Agriculture, and expressed satisfaction with the fact that among the 25 protected products at the EU level are four Croatian pršut – Drniš, Dalmatian, Krk, and Istrian. 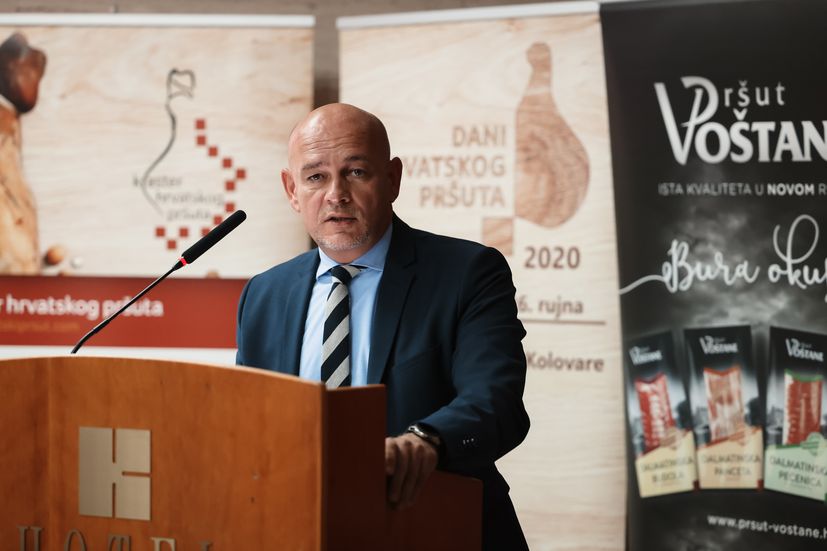 Zadar and Zadar County, and especially Posedarje, are known for their exceptional Dalmatian pršut. This was also confirmed by the Zadar County Prefect Božidar Longin, who stated that six Dalmatian pršut producers were registered in that county, producing 30,000 pieces, and another 10,000 were produced at home. 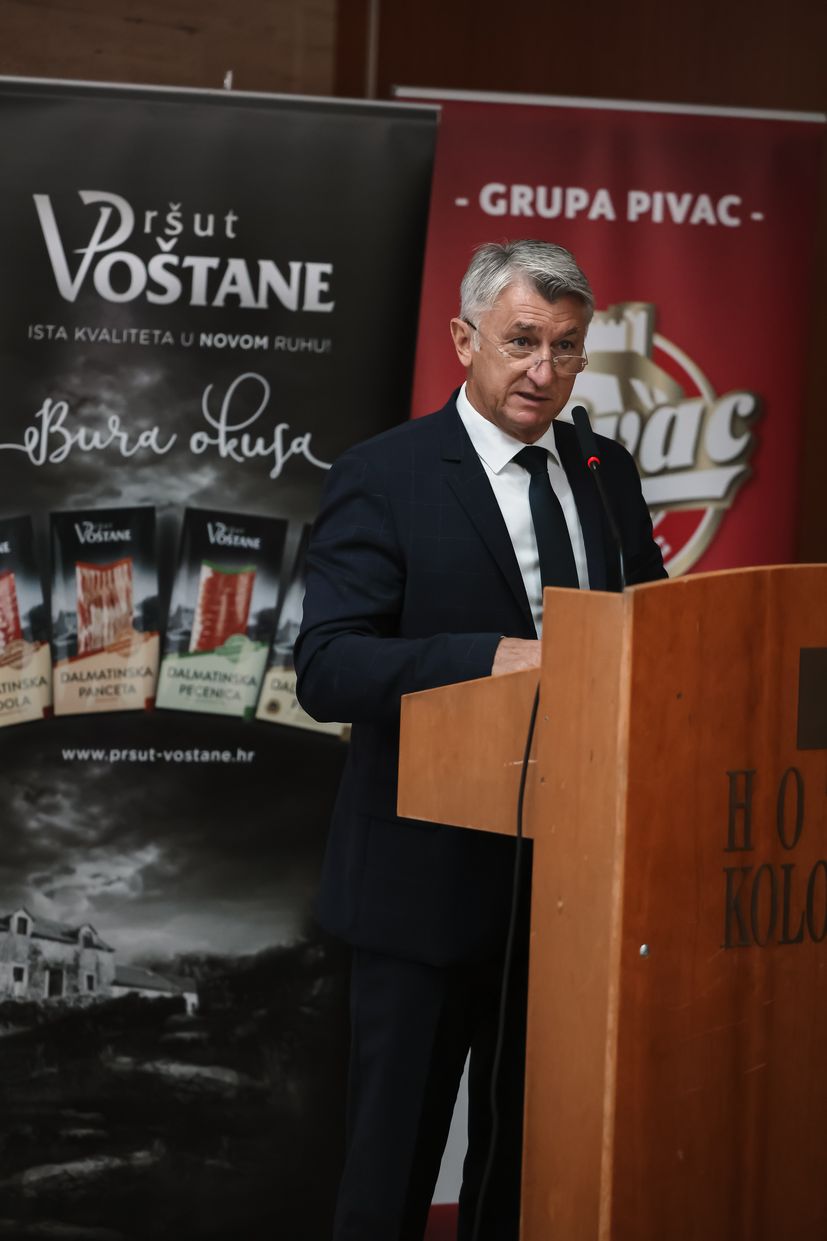 Some photos from the 6th Days of Croatian Pršut 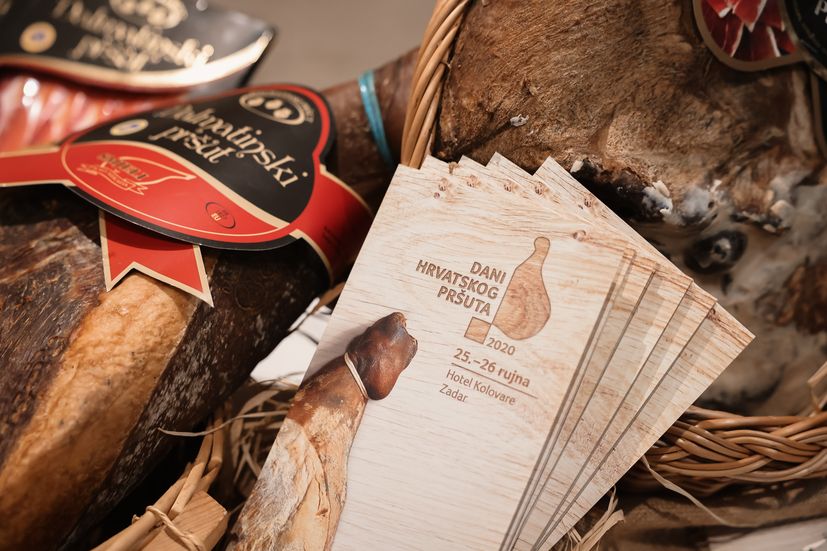 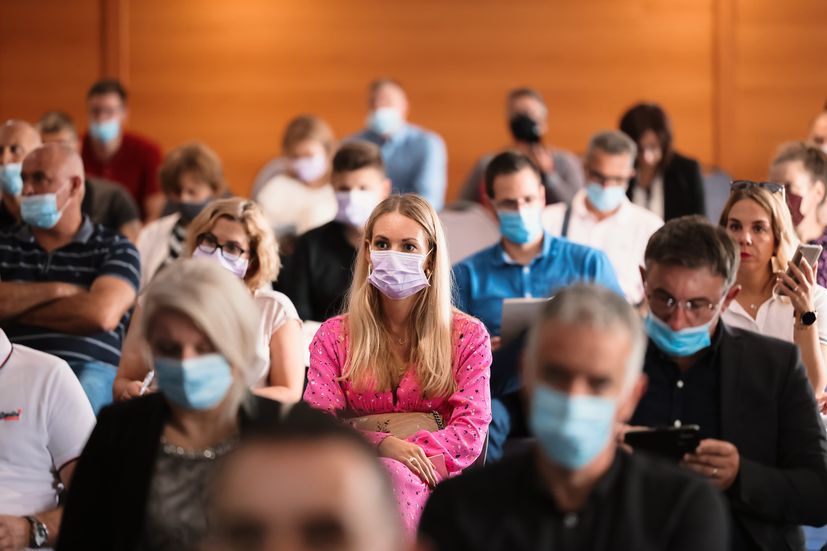 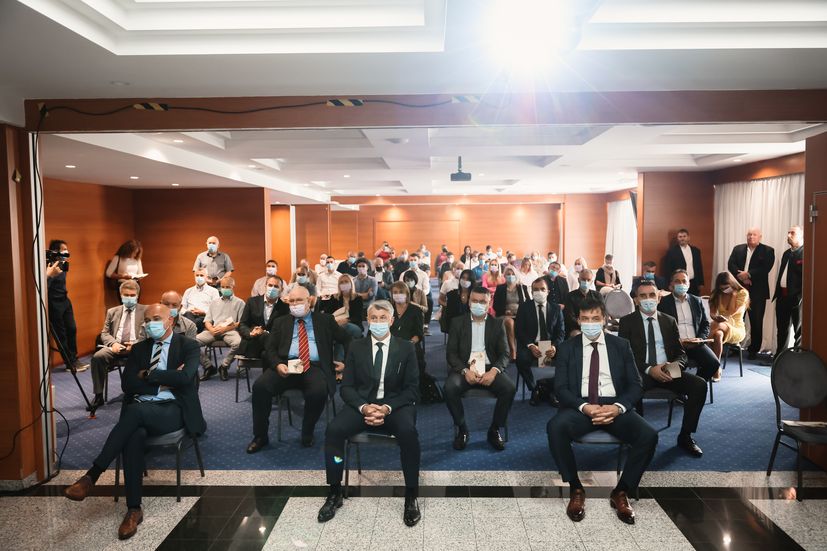 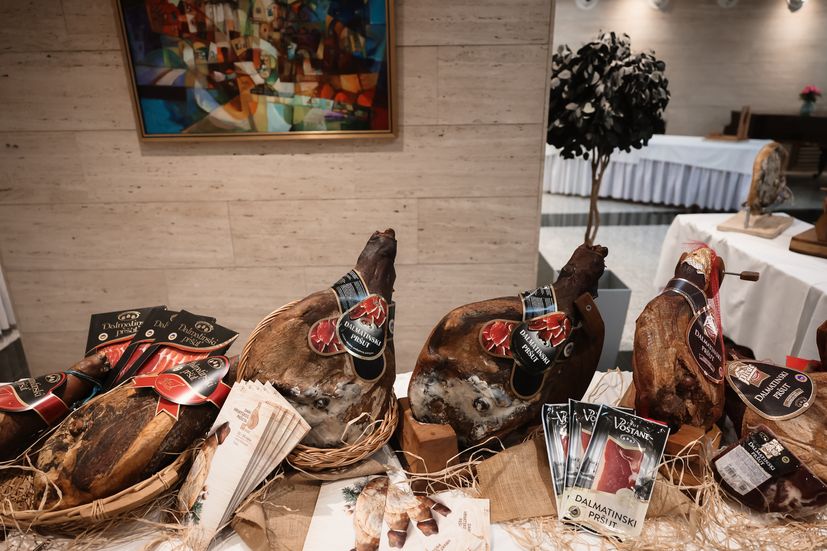