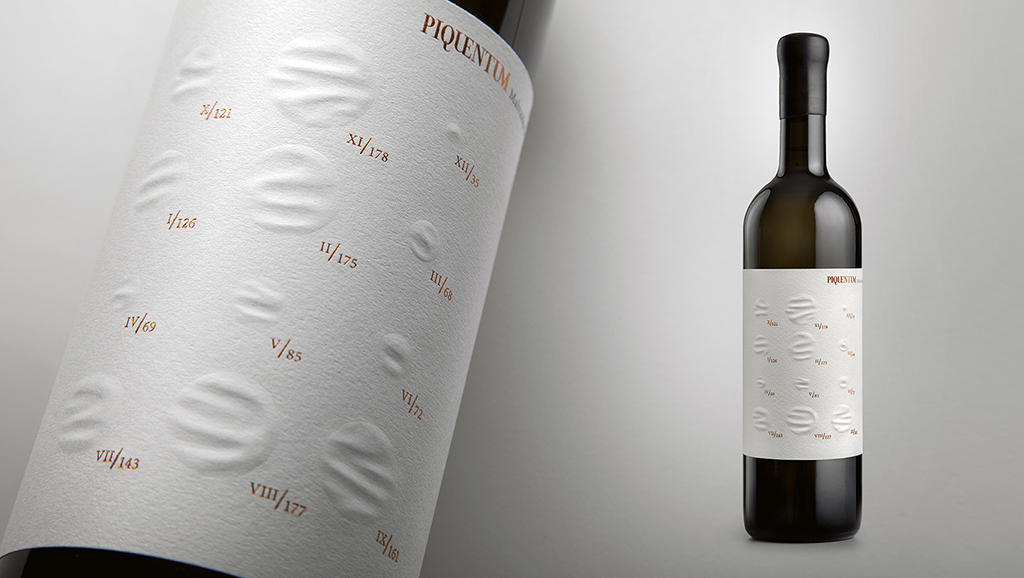 A Croatian wine label, which tells the story of nature behind the wine, has been declared the entire region’s best packaging for 2017.

Studio Sonda’s label design for Piquentum Sv. Vital 2014 natural wine, which hails from Buzet in Istria, has won the overall awarded for best packaging in Croatia, and the entire region, at the REGPAK 2017 awards held recently in Zagreb.

Sonda says that with the use of the use of pesticides and balancing flavors, the vintage dates shown on wine bottles has lost its meaning as flavours are often unrelated to the actual weather conditions.

“To create a label for this natural wine, we decided to raise awareness about the importance of understanding the year indicated on it,” say Studio Sonda, who collaborated with Croatian Meteorological and Hydrological service to gather data on weather conditions in the territory of vineyards.

“The amount of precipitation proved to be a great tool to show graphically how much weather actually affects the diversity of nature every year. Circles, as standard meteorological rain symbols, show the amount of rainfall in a particular month. They have been reduced to basic symbols, considering that wine produced by nature doesn’t require additional decorations.”

2013
The label features a moderate year, and that it rained mostly in September, which is when grapes need to achieve the optimum point of maturity. That is why in its flavour the final power of alcohol can be perceived as partially lost and weakened.

2014
Due to heavy rains throughout the year, this wine resulted with much smaller quantities of sugar, so that it reflects a freshness of more northern regions although it is all about Mediterranean vineyards. However, considering the constant rainfall, flavours are naturally balanced.

2015
It will be remembered as one of the most successful years in the production of wine. Warm and dry both spring and summer, with an ideal quantity of rainfall in autumn, so that vines have not suffered drought. An optimum maturity was achieved and the result is a powerful, full-bodied Mediterranean wine. 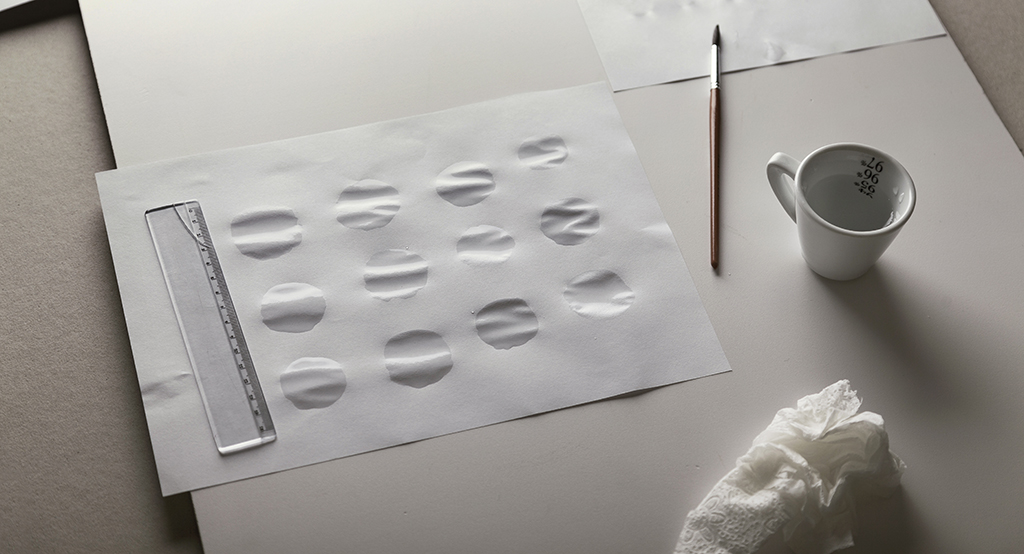 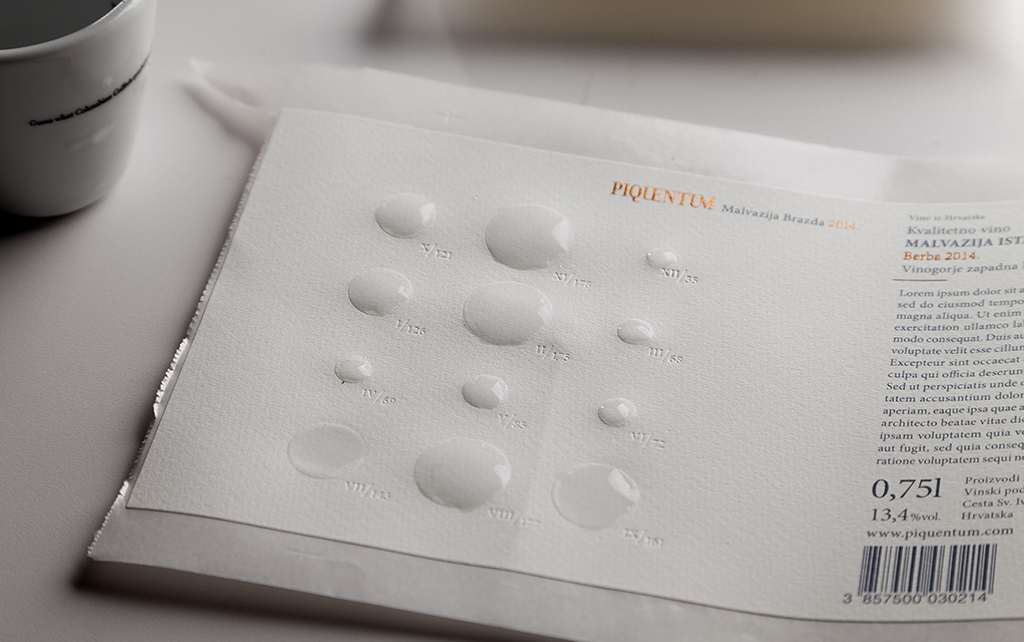 This label explains exactly what the year was like in terms of precipitation, allowing for easy comparison in various vintages and is aimed at opening up discussion around nature and wine.