Doubles specialist Mate Pavic will play in two finals at the Australian Open this weekend, bringing the number to 3 Croatians involved in finals at the first Grand Slam of the season in Melbourne. 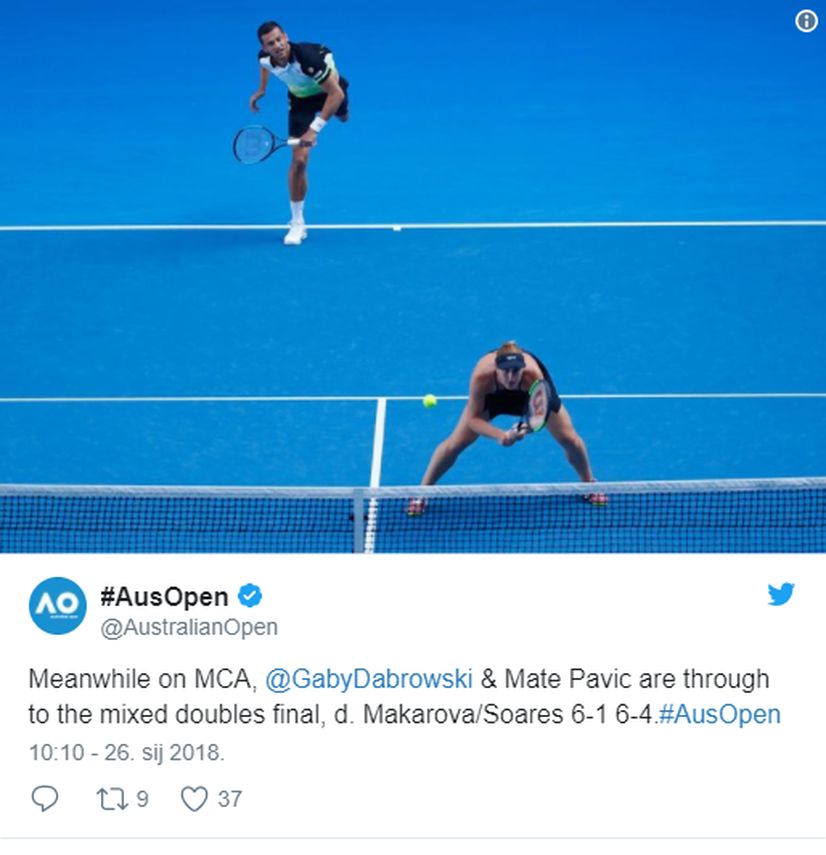 Pavic will be looking for his second Grand Slam title. In 2016 he won the US Open mixed doubles title with Laura Siegemund, and also reached the 2017 Wimbledon Championships men’s doubles finals with Marach.

Meanwhile, in the men’s singles final on Sunday two Croatians will be involved. One on court and the other off it when Marin Cilic takes on Roger Federer, who is coached by Croatian Ivan Ljubicic.

Federer made it through to his 7th Australian final on Friday night after Hyeon Chung retired with blisters in the second set of their semi-final.

Federer was dominant when the match ended leading 6-1, 5-2.

The Swiss master looked in ominous form, showing his class on Rod Laver Arena as he edged one match closer to yet another Grand Slam title.

The Cilic v Federer match will be a repeat of their 2017 Wimbledon final which went Federer’s way.

The Croatian v Croatian-coached match-up is expected to be a lot closer this time.

Federer has made a fantastic come back after employing the former Croatian World No.3 as he has managed to help the Swiss find the form that saw him dominate men’s tennis from 2003 to 2010.

Ljubicic was instrumental in Federer’s come back from injury which saw him win the 2017 Australian Open, his first Grand Slam title since 2012.

Ljubicic and Federer were close mates on the tour and the pair worked hard during his time off after he undertook arthroscopic surgery for a knee injury.

“I always believe there are new things you can learn, but there’s always sometimes a way of staying motivated, staying hungry. Someone like Ivan can also help do that,” Federer said when Ljubicic joined his team.

In his 15-year playing career, Ljubicic won 10 ATP titles, the Davis Cup for Croatia and a bronze medal with Mario Ancic in the doubles at the 2004 Olympic Games in Athens.

Cilic, who has climbed to a career-high of No.3 in the world, will be playing in his third Grand Slam final on Sunday and is the first Croatian to play in the singles final in Melbourne.