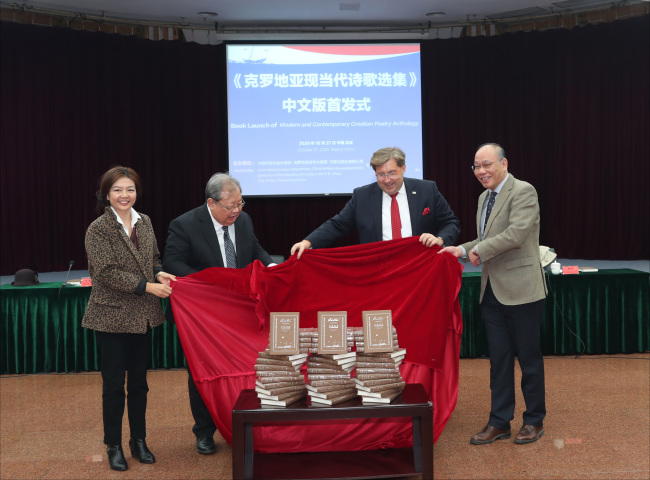 The book includes 200 poems written by about 60 Croatian poets, and their works have been translated from Croatian into Chinese by Hong Yuqing and Peng Yuchao, the HDP says.

The anthology was presented in Beijing and Croatian Ambassador Dario Mihelin attended the event.

This book is part of the cooperation between Croatian and Chinese writers and translators which has already resulted in the publication of an anthology of Chinese poems in Croatian under the title “Neighbourhood in Clouds (“Susjedstvo u Oblacima”).