Home » Travel » Along the Sava River: A Homage to Socialist Zagreb 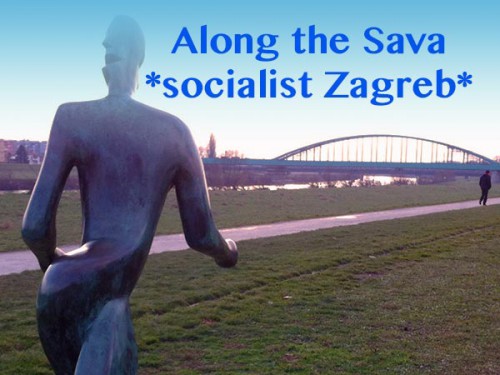 Since the Berlin Wall came down, socialism stopped being a political order. It is now a rich cultural heritage, or better yet – a tourist offer. People who visit former socialist countries seek artefacts that depict what life was like ‘on the other side’. And architecture is a powerful statement of that era in Europe’s history. The main impression tourists have of Zagreb is that it is not an obvious ex-socialist city. There are two reasons for that…

One is that the city centre has mainly been built-in the Austro-Hungarian style. As such Zagreb is very similar in the looks and feel to Prague, Vienna or Budapest. The other reason has to do with the politics of memory. Or simply, what people consider worthy remembering and therefore celebrating. In Zagreb, the Austro-Hungarian cultural heritage is infused with positive feelings. Socialism, on the other hand, at least in terms of architecture, is often less valued. But it was during that period that Zagreb actually grew most!

Many tourist miss the fact that Zagreb has a river: the Sava. Unlike the Vltava in Prague or the Thames in London, the Sava doesn’t flow through the centre of Zagreb. Until the early 1950s, the river was where the city ended at the south. It was Većeslav Holjevac, the Zagreb mayor between 1952 and 1962, who ‘took’ Zagreb across the Sava. Many socialist buildings were built – institutional as well as residential. Today, they are the finest examples of the socialist cityscape.

You’ll often hear the expression that ‘Zagreb doesn’t like its river’. It could be because socialist architecture on both banks is not considered aesthetically pleasing. The Sava also caused a disastrous flood in 1964. To prevent future overflowing, the riverbed is today surrounded with wide green mounds on both sides. Walking paths alongside are not a standard tourist attraction. But I assure you, they are definitely worth exploring. 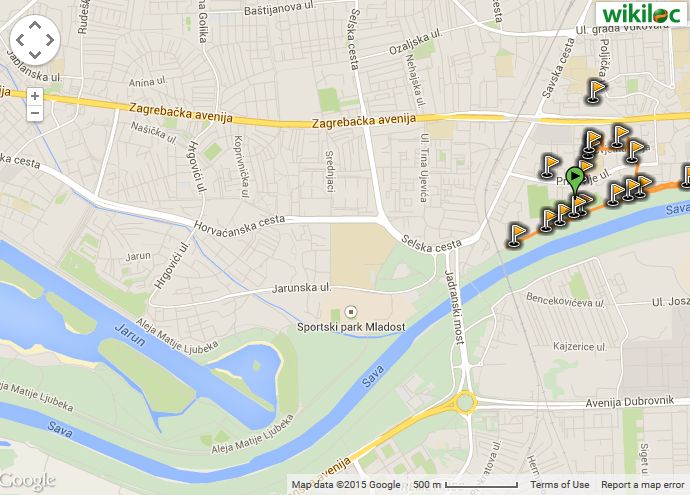 Do you know how to use wikiloc app?

People who love the Sava mounds most are runners and joggers. You’ll see many activities taking place there: from cycling, fast walking, baby strolling – but runners have almost acquired a monopoly over these trails. When you follow this Sava walk, you’ll observe captivating urban sculptures dotted around. The most memorable one is the statue of the runner. 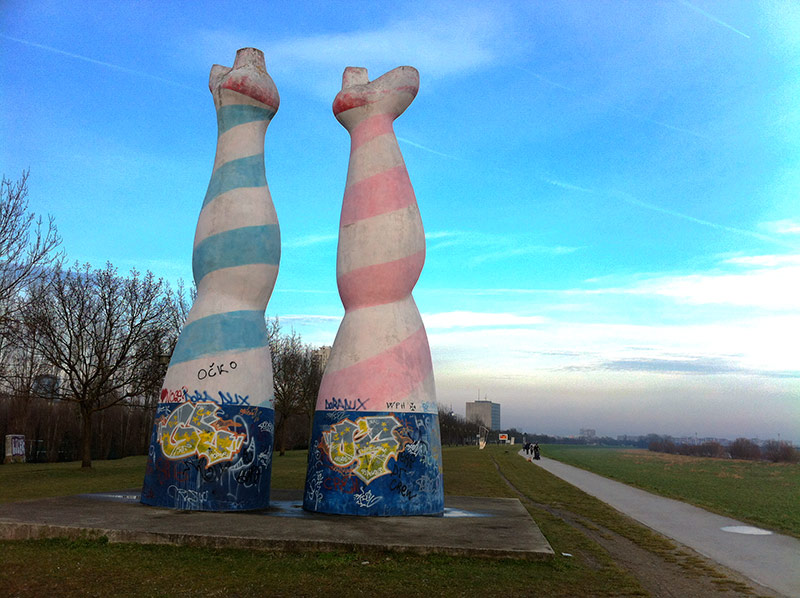 The walk begins at Boćarski dom [bowling sport centre] and leads to the Sava mound through a small playground. It’s a long linear stroll along the river, first to the right towards the Railway Bridge and then back to the left towards the Mladost Bridge. On the way back and to avoid retracing your steps, it takes you into a residential area of Cvjetno naselje to explore some of the nicest and truly interesting socialist villas built around the early 1960s.

Things to admire along the way:

Sculptures alongside the Sava mound

There are numerous sculptures all along the walking/running track on the Sava mound. Each one is interesting, but my favourite ones are the runner and the three frogs. 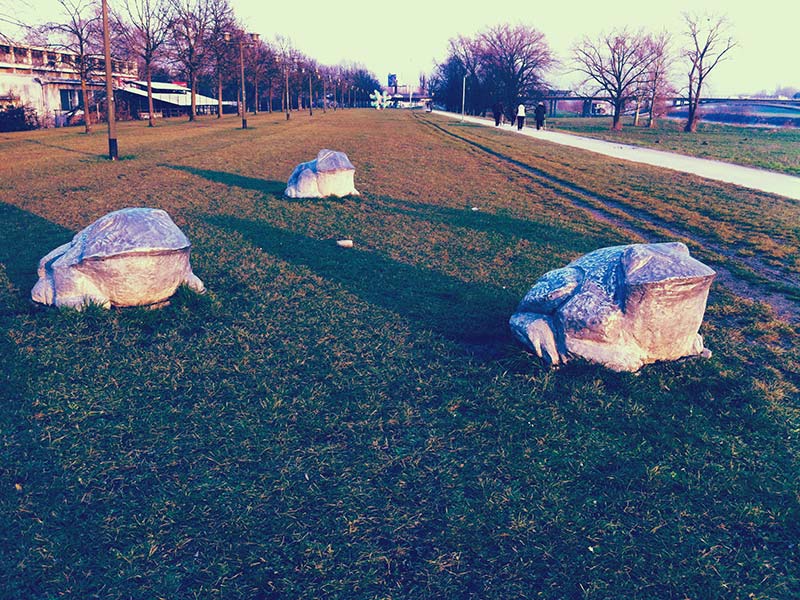 Kockica [little cube] is a cubic glass building on the northern mound. It was built-in 1968 to host the Communist Party Headquarters. It’s a valuable tribute to the socialist clean-line, functionalist architecture. Today it’s home to the Croatian Ministry of Maritime Affairs, Transport and Infrastructure and The Ministry of Tourism. 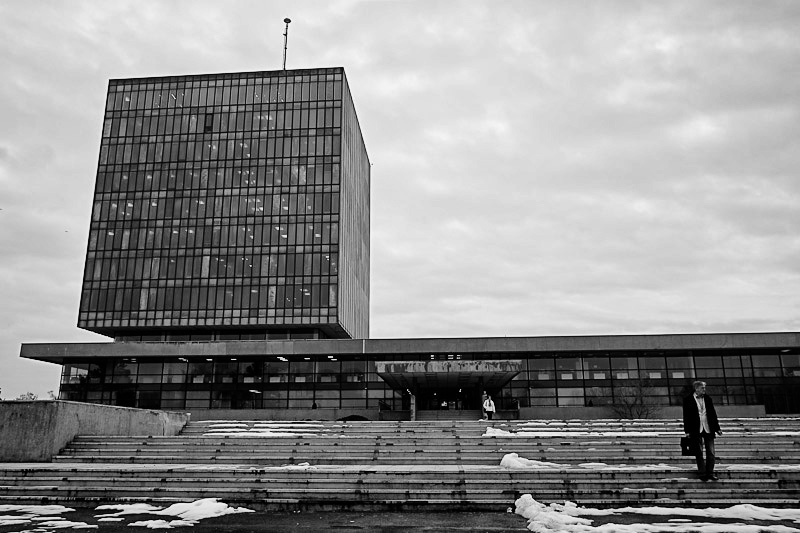 Jedinstvo used to be one of the largest factories in socialist Croatia, producing equipment for the food, chemical and pharmaceutical industries. It was called a factory that manufactures factories. After closing down in the early 1990s it was turned into the cultural centre Močvara. Jedinstvo is among many tragic examples of how powerful socialist factories met their end, either through corrupt privatisation or simply due to Europe’s deindustrialisation tendencies. The old industrial architecture is an important part of Zagreb cultural heritage. 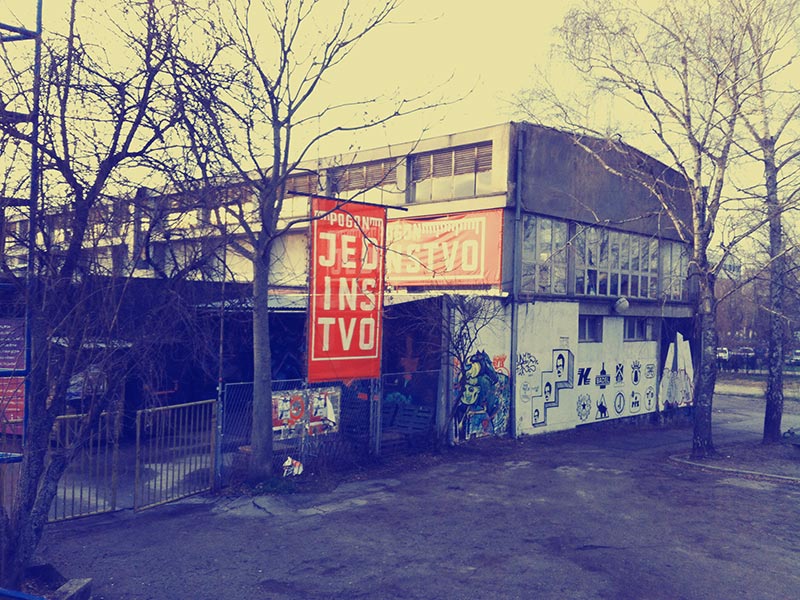 Several streets north of the Sava mound uncover a residential area built for the highest ranking communist politicians. Roam these streets to admire socialist villas – a funny contradiction since socialism was supposed to be an egalitarian society. The houses are huge and some, which are kept in good conditions, exhibit the finest features of the 1960s urban prestige. Close by are socialist skyscrapers built around the same time, but for the proletariat, not the ruling class. Another nice example that socialism had a class ideology of its own. 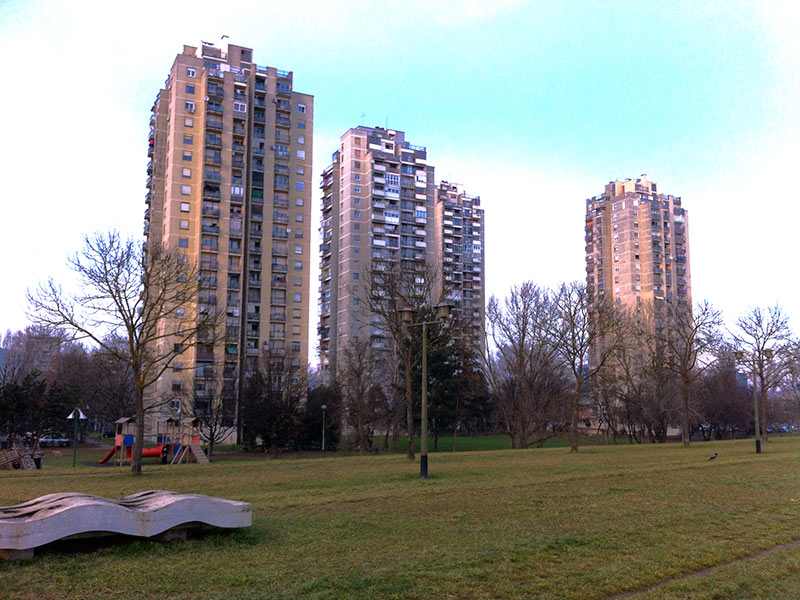 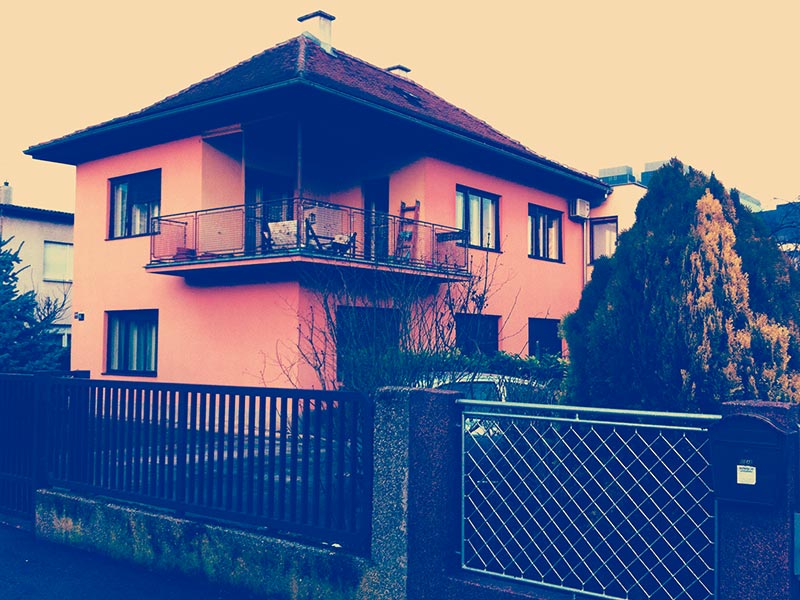 Just before you finish your walk, stop in this unobtrusive grill house and get some of the best čevapi (a Croatian kebab) in town. There aren’t many coffee places around this area, apart from Ferax café, just opposite Boćarski dom. The place is an authentic example of a neighbourhood hang-out: quite a different story from fancy central Zagreb coffee places.

There are other great examples of socialist architecture, such as residential skyscrapers Rakete [rockets] or Mamutica [mammoth building]. Both are marked on the map in case you feel adventurous enough to track them down. But walking along the Sava gives you a perfect glimpse into the dynamics of social life under socialism. Everything is there: once powerful institutions, the rich and the poor, the illusion that all were equal and the illusion that somehow this is less beautiful than the city centre. 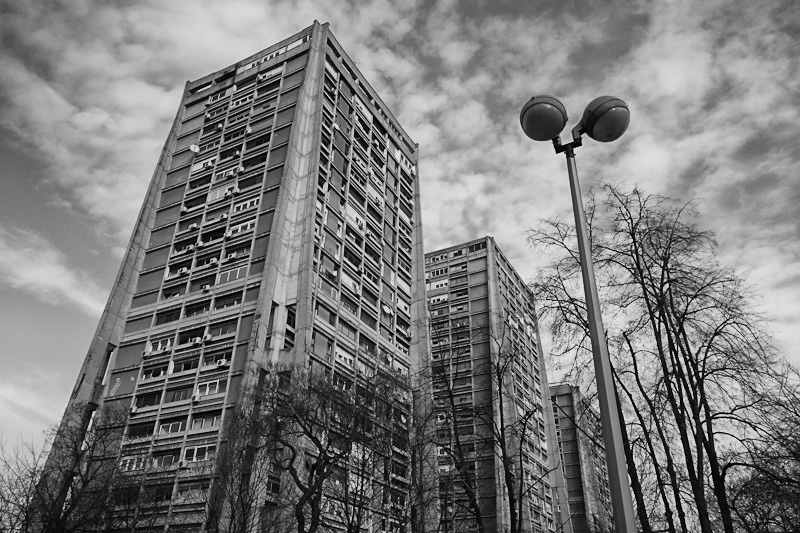