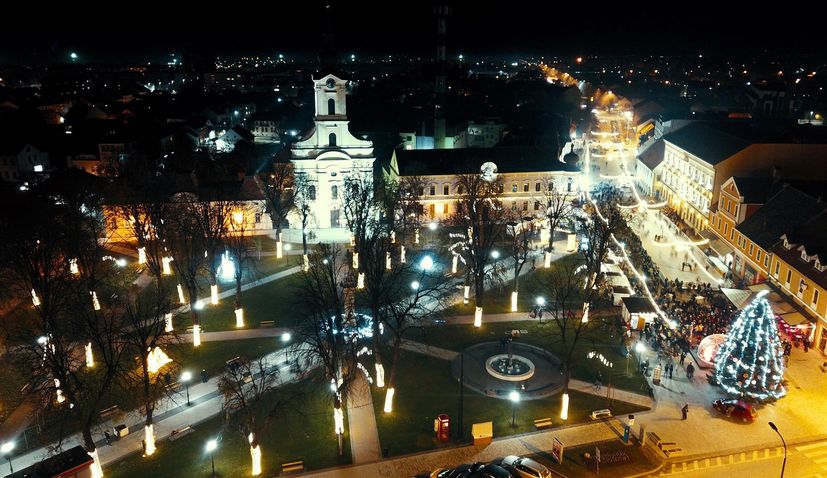 There are only a few days left until the beginning of this year’s Advent in Vinkovci.

Despite the current epidemiological situation, organisers are optimistic and announced on Monday a rich program, bringing the wonderful Christmas spirit to the city.

The beginning of Advent will be marked by the lighting of the first Advent candle that the parishioners of the parish of St. Cyril and Methodius and the Blessed Alojzije Stepinac will light on Saturday on a large wreath around the statue of the Holy Trinity.

As the organisers announced yesterday, it is an introduction to a diverse program that will remind us how Vinkovci welcomes and celebrates Christmas. This year Advent is organised at two locations.

The religious part of the content will be in the pedestrian zone and in the city park, and the entertainment part on Vinkovačke jeseni Square in order to fully comply with all epidemiological measures. 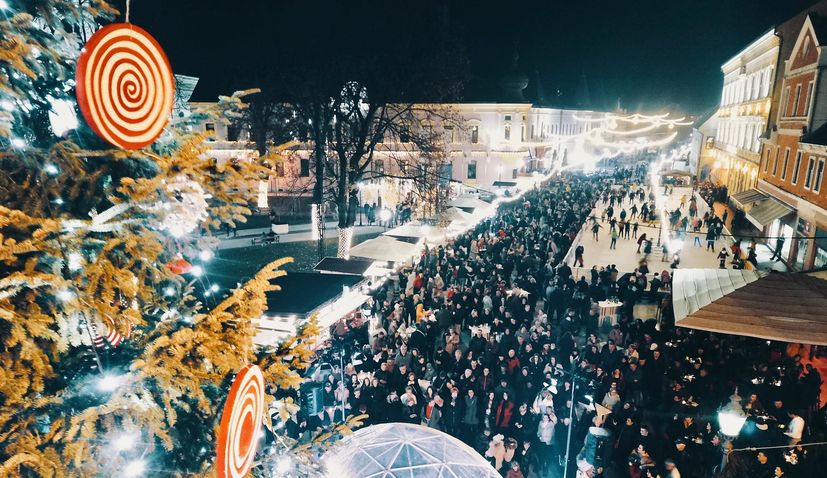 After the candles are lit, locals and visitors will be able to enjoy the notes of religious concerts. This Saturday, Alan Hržica is will perform under the dome in the city centre at 20:30, a week later at the same time Vinkovci will be entertained by the group Emanuel, and on Sunday, December 5 at the Joza Ivakić City Theatre a concert by Marija Vidović and the chamber orchestra will take place.

On Saturday, December 11, MPD Lipa and Lira Vinkovci will perform in the city park, while on Saturday, seven days later, the atmosphere will be completed by the parish choirs.

“The time of year is coming that I believe we are all eagerly awaiting. Advent is a wonderful time in which we not only use to be in our homes and with our loved ones, but we also like to spend it in public spaces. I believe that many of our people from Vinkovci will participate in this year’s Advent, that we will enjoy one community and create the Advent spirit as we know it best. I invite everyone to be a part of Vinkovci’s Advent,” said Mayor Ivan Bosančić. 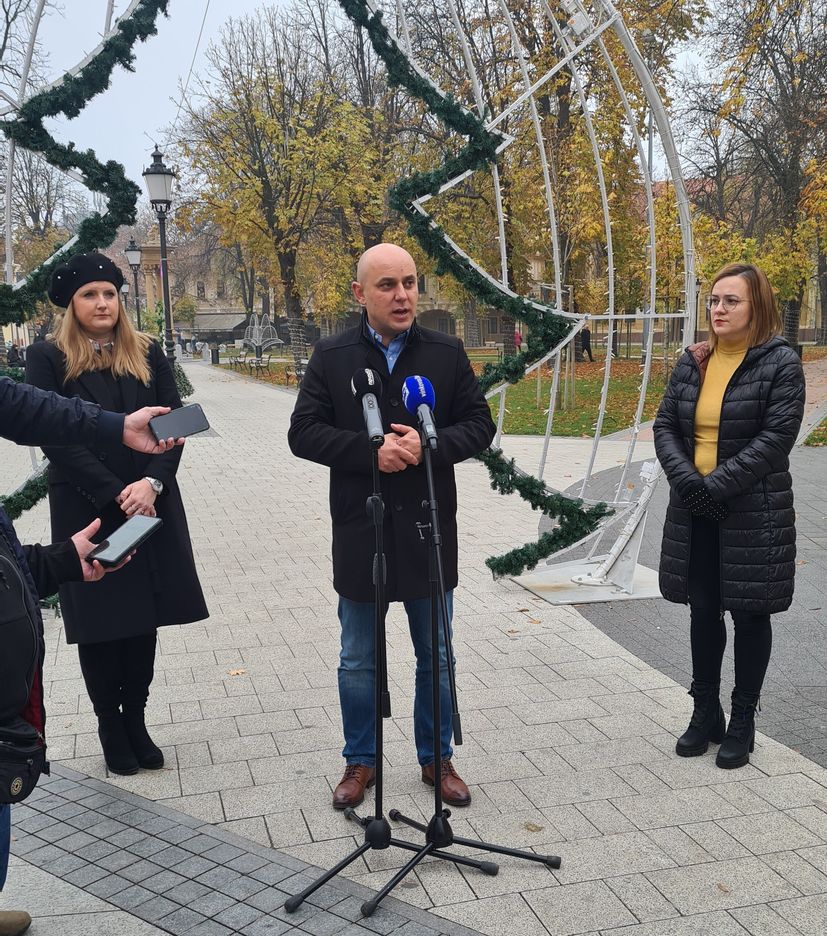 Marija Gerovac, director of the Novosti media house, pointed out that Ledeni Orion will replace fairy tale on Bosut, so the skating rink, Santa’s house, the Christmas Fair and the entertainment program will move to Franjo Tuđman Square.

The circular ice rink opens its doors on December 11, and on the same day, skaters will follow the rhythm of the Electric Corn concert on ice.

The fairy tale on Bosut will be completed by the traditional Christmas Fair from 16 to 24 December from 5 pm to 9 pm and the house of Santa Claus in the middle of the rink, whose box is open for wishes from 0-24.

“Although we started preparations for Advent quite early, right after the Vinkovci autumns, until the last moment everything was uncertain due to the epidemiological situation. We will be in Christmas spirit for 44 days and we hope that nothing will spoil the Christmas atmosphere,” said Gerovac. 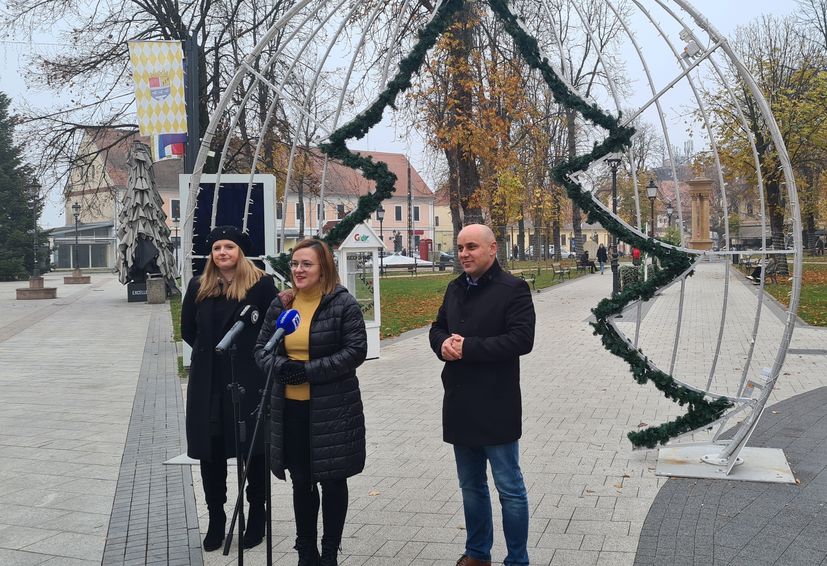 The head of the Administrative Department for Culture and Tourism, Marija Liščić Drmić, said that several novelties await in Vinkovci this winter. The Cibalae Foster Parents Association brings Grandma Eve’s House every Saturday until Christmas at 5:30 pm, where they will showcase local tradition, while the Emanuel Association will distribute mulled wine, tea and buns every Saturday.

On December 6, St. Nicholas will distribute his gifts to children in the Vinkovci City Library and Reading Room, and the Treasure Hunt on December 10 in the city park, organised by the FTC Sports Citizens’ Association, is also intended for them. 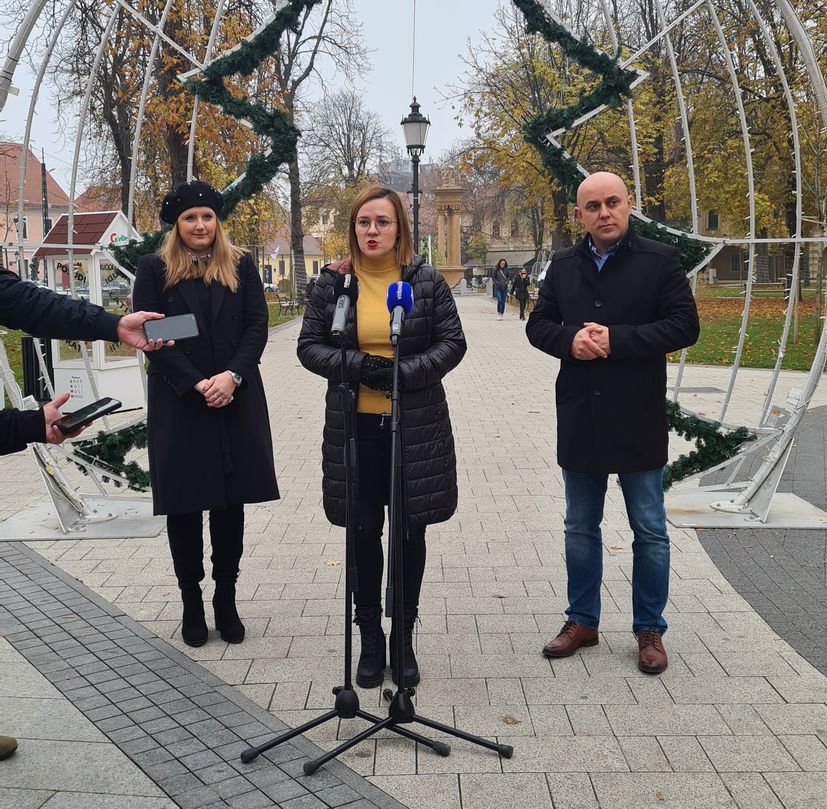 The slightly older ones will organise another unforgettable concert at the Gymnasium on Sunday, December 12, the Vinkovci Motorcycle Club will harness its Moto Frosts, which will parade through the city streets on the 17th, and the independent union DZZP Vinkovci in the pedestrian zone will organise another distribution of a fasting meal on Christmas Eve.

Igor Delač will also perform in the dome next to the skating rink, the day after that place will be taken by the Orion Full Band, and on the last day of Advent, January 8, Meri Andraković and Babylon will hold a concert. New Year’s Eve is traditionally organised in the pedestrian zone, and in the first minutes of 2022 Aurelius Band will play.