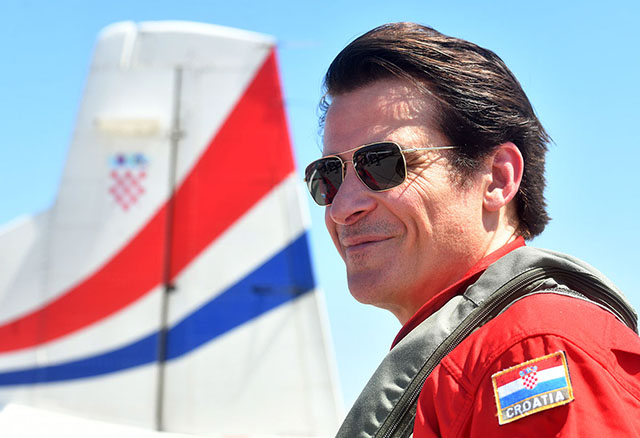 Goran Višnjić ahead of his flight with the Wings of Storm (Photo: MORH/T. Brandt)

29 June 2019 – The Croatian Air Force Aerobatic Team “Wings of Storm“ have taken Hollywood actor Goran Višnjić (46) for a ride he won’t forget in a hurry on Friday on the Croatian coast.

Višnjić flew with the team from the airforce base in Zemunik to Šibenik, where the actor is originally from, and back. The 30-minute flight was “Wings of Storm” final preparation flight ahead of their performance today above Šibenik for the closing of the 59th International Children’s Festival in that city.

Before the flight, Višnjić was introduced to all the necessary procedures and had to undergo a medical examination and briefing before he was equipped with the same flyer equipment as members of the Croatian Air Force Aerobatic Team such as an anti-g suit, helmet and oxygen mask. During the flight in the Pilatus PC-9 plane, the actor gave an interview to a local radio station in Šibenik to promote Wings of Storm’s upcoming performance.

“I’m in the company of brave and courageous “Wings of Storm” pilots. I invite all young people who want to fly to accept the challenge and become military pilots, come to Zemunik and learn from the best,” said Višnjić. After the flight, the actor thanked the crew for giving him a unique experience and a taste of how it is to be a “Wings of Storm” pilot. 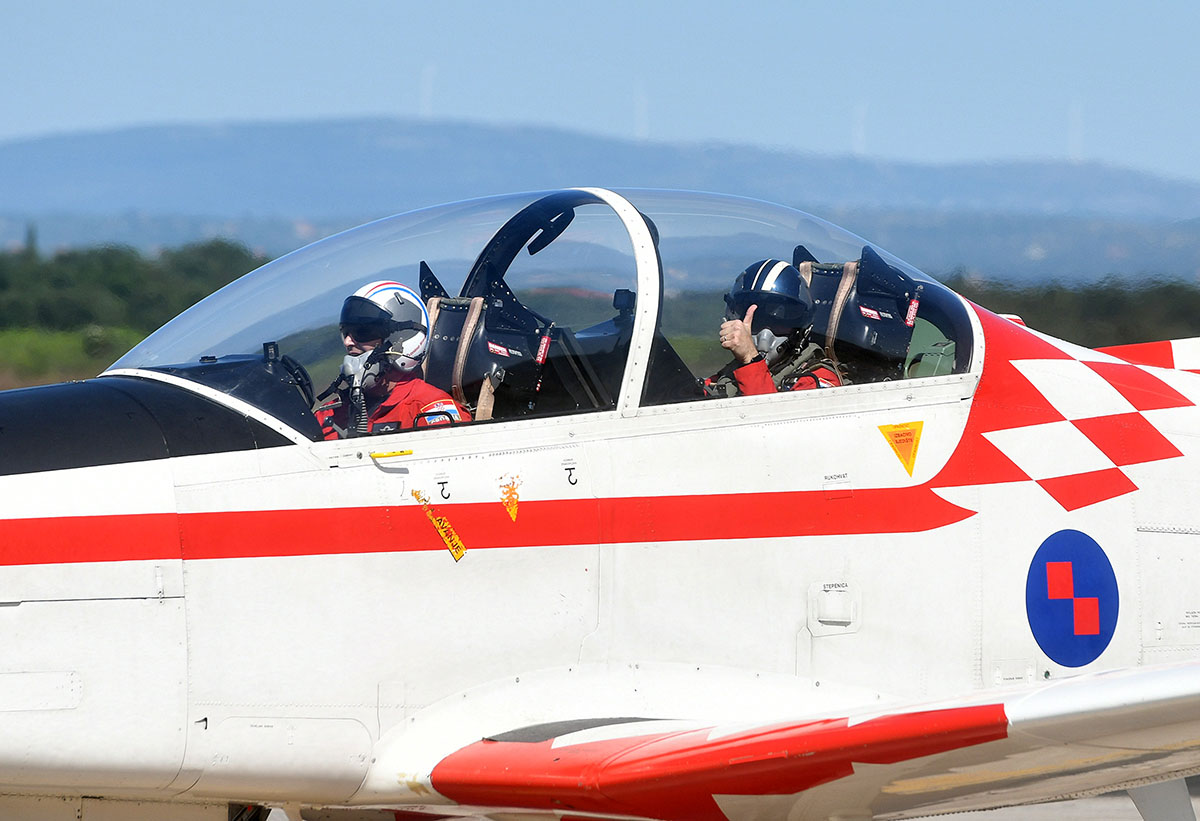 “This was absolutely my boyhood dream, so who would not want to experience something like this? I’m aware of how rare it is, almost impossible for someone who is not a pilot. It was most beautiful for me when we passed over my native Šibenik. It was strange to fly so close to another plane, but I had confidence in the aircraft, pilots, aeronautical technicians and the Croatian Army, “said Višnjić.