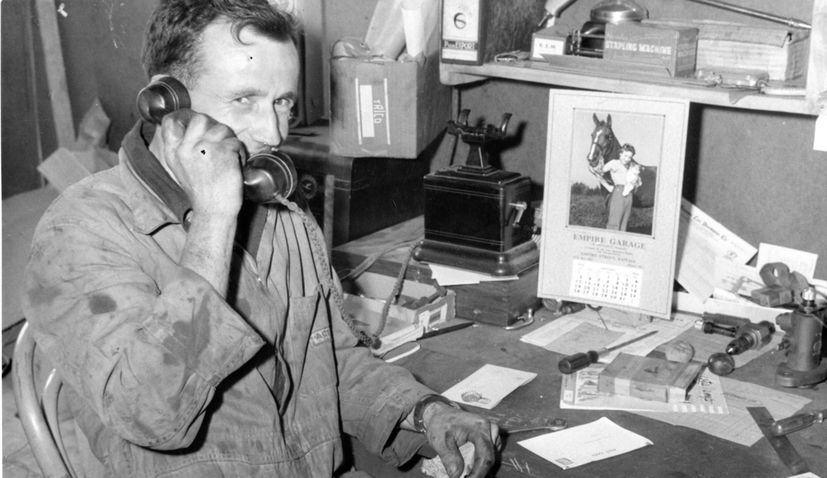 One of the most popular figures in the far north of New Zealand, Micky Petricevich, has passed away peacefully on Sunday at the age of 97.

Born on 15 December 1924 in Živogošće on the Makarska Riviera on Croatia’s Dalmatian coast, Mijo (Micky) Petričević (Petricevich) was the son of Ilija Petričević and Mare, nee Baletić.

His mother cared for him and his older sister Zorka on her own for 12 years after his father Ilija went out to New Zealand in search for a better life. They were tough years, with Ilija sending money back home when he was able to.

As a baby, Mijo suffered from terrible stomach cramps. On one particular occasion, his mother was so fearful he may not survive the night, that she carried him on foot, over rocky tracks, some 12 kilometres to the doctor in the town of Makarska. He gave her medicine and advice how to stop the cramps. Mijo survived and states he has had very few doctor’s visits ever since. 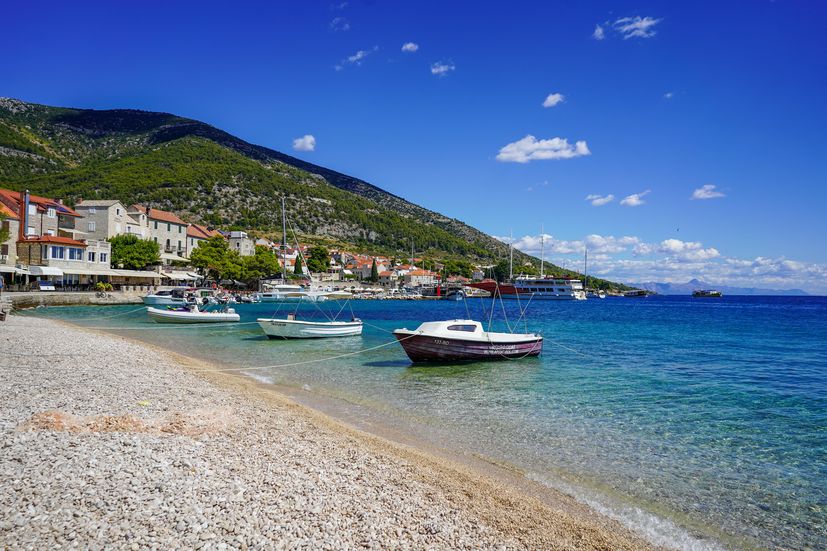 In 1938, Ilija sent the fare for Mare and the children to come out to New Zealand. Mijo attended Awanui School for three and a half years. He had learnt a few words of Italian before they left Živogošće, but English was totally foreign to him. Friend Boris Jurlina helped him, having learnt both English and Croatian from his parents and grandparents.

Mate Brajkovich, Mijo and two Erceg sisters, were all struggling with the language at school, so their teacher, Miss Henahan, took time out of her lunch hour to give them English lessons. He said English was hard to learn, made up from many other languages. Other Croatian children helped too. At school everyone called him Mick or Micky and not Mijo.

In 1939 the beginning of World War II, the civilian airfield at Waipapakauri was taken over for defence purposes by the New Zealand Government. After Micky left school, he worked with his father gum digging and doing contract drainage. He was interested in machinery, trucks and earthmoving equipment. In August 1949, he started a mechanic apprenticeship with Tony Spalding in Awanui. 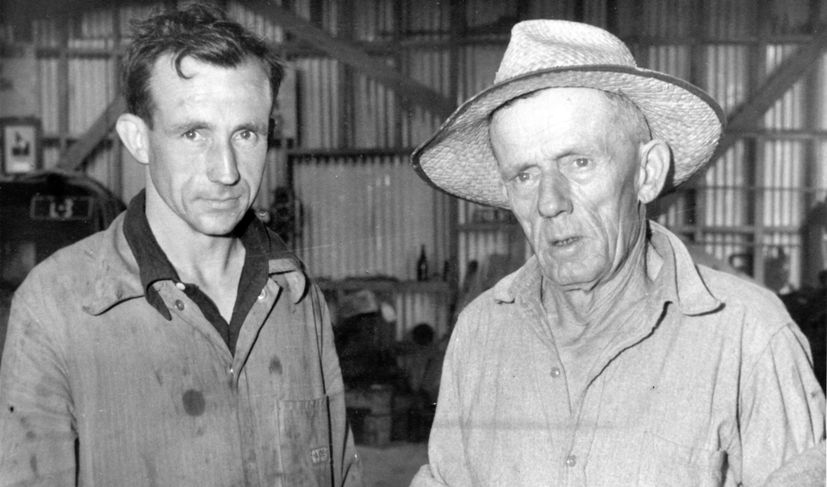 Micky with his father Ilija

Tony started up his business from his home on Quarry Road, and then in 1950 he purchased Ron Vazey’s garage and service station in Awanui. After three years, Micky went out on his own working as a mobile mechanic. In 1955, he bought a section in Kaitaia on Matthews Avenue. He built his own garage/workshop on the site with help from his friend Bosko Vegar. Empire Garage was ready for business in March 1956.

In 1959, he installed a petrol pump and he was the first garage to give the public a seven day service. He worked without a break for seven and a half years. He said it was alright, but once there were four suppliers in Kaitaia providing seven day service, it wasn’t worthwhile.

Around 1960, Micky built his own towing vehicle using a 1947, six cylinder Chev. He adapted his own winching gear, having one on the front of the vehicle and one at the back. He had 12 forward gears on the winch and six reverse gears. 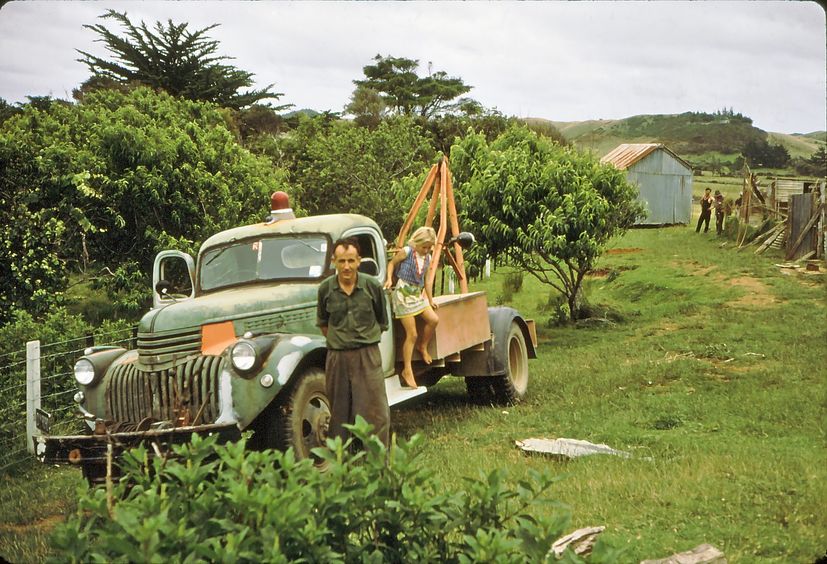 Micky and his truck

The lowest he has had them set to haul, was 16 feet in one hour. The winch on the back was 38,000 pound capacity; the front winch was 10,000 pound capacity, both were used during World War II for tank recovery.

With this specialised set-up, Micky became famous for rescuing many a stuck fertiliser spreader, tractor, bus or other heavy machinery. He has salvaged buses stuck in the tide on Ninety Mile Beach, manure spreaders from peat properties where the vehicles have sunk deep into the soil, tractors from bogs, even a cow out of a gum hole!

Micky was always the star of the show, making rescues from what appeared to be hopeless situations. He was called out day and night to come and retrieve vehicles of all descriptions.

The following are just two examples of Micky’s retrievals:

The first was during a storm one afternoon. Sonny Petricevich’s bus was stuck on Ninety Mile Beach. Apparently, there was so much rain, an inland lake burst its banks and the flood came down Waikanae Stream. Pat Hira, the bus driver, was taken by surprise. He had a bus load of children aboard. Water flooded over the motor and the bus stopped in the stream.

The front of the bus went down fast and Pat couldn’t get the door to open to let the children out! The weight of the sand outside stopped it from opening. Fortunately, they got out the rear door. Pat then had a long walk to find a house with a telephone so he could get some help. It was pretty late when he got hold of his boss. Sonny called up Micky, “A bus is stuck in the Waikanae Creek. Can you help?” By the time Micky arrived on the scene, all he could see was the top three feet of the bus and the roof.  He said “This is not stuck, it’s bloody buried!”

It was dark and the rain was still teaming down. Before Micky could pull the bus out, work needed to be done to divert the stream. Eric Grbic and Jim Potter were called up to come and help. Eric arranged for Dick Matthews and the County Council grader at Waitiki Landing to come and help. Eric and Dick headed north together. In pitch dark, Dick collected the grader from Waitiki and drove it down Te Paki Stream heading for Waikanae. At 2:00 am he arrived and the rain had stopped. Dick worked all through the night to divert the stream to one side of the bus. Then Jim Potter dug an enormous hole with his machine around the bus. The men set work to and shovelled out a huge amount of sand from inside the bus.

At last Micky hooked up his winch onto the bus. He took the slack up. Then he walked down, checking his ropes and block and tackle. Micky started the winch up. Slowly, slowly the bus came up and out of the hole. It was an incredible sight! Dick said Micky ‘was the star of the show.’ Nothing could pull as well as Micky’s tow truck. Micky then towed the bus to the Bluff. More sand was shovelled out before it was taken to Te Paki. The men had worked through the night. Over the few next days, the bus was towed to Kaitaia, dismantled, cleaned and it was ready to go back into service again.

The second story; Micky was called up to Te Kao to pull a spreader out. All went smoothly, but on his way back home, Micky was stopped by Mr Tepania.

“We have a bus stuck at the turn off.”

By the time he got there, the waves were crashing spectacularly over the top of the bus. He had to move quickly, or it would be too late. Micky gave the driver shackles and a rope, and quick smart he hooked it up. Micky said, “Once you break the suction, it’s ok, you got to use a low gear. I got off the truck, into the cab, then steadily rocked backwards and forwards.” As the suction eased, he pulled the bus out. The bus was saved.

Micky Petricevich built a reputation as being an expert on retrievals. He is proud to say that in all his retrievals, he didn’t cause any more damage to vehicles more than what had occurred getting stuck. No one was hurt and he never failed to complete a job.

That is an impressive record. While still operating his garage business and retrievals, he diversified into contract farm development, using small bulldozers and crawler tractors. Initially he did this work on weekends, but as the demand for contracting increased, the garage business wound down. He developed a large area for the forestry nursery.

Micky worked on so many farms in the Far North, he knew the country well. He accomplished many thousands of hours of work, developing rough gum country to easy cattle pasture.  He was a straight talker, said what he thought, no nonsense, totally honest and dependable. He was interested in getting the jobs done, at times it was to his own detriment. He overlooked the paperwork involved and was slow to send out his accounts. It hurt him that some of the people he worked for took advantage of the situation, not to pay him. 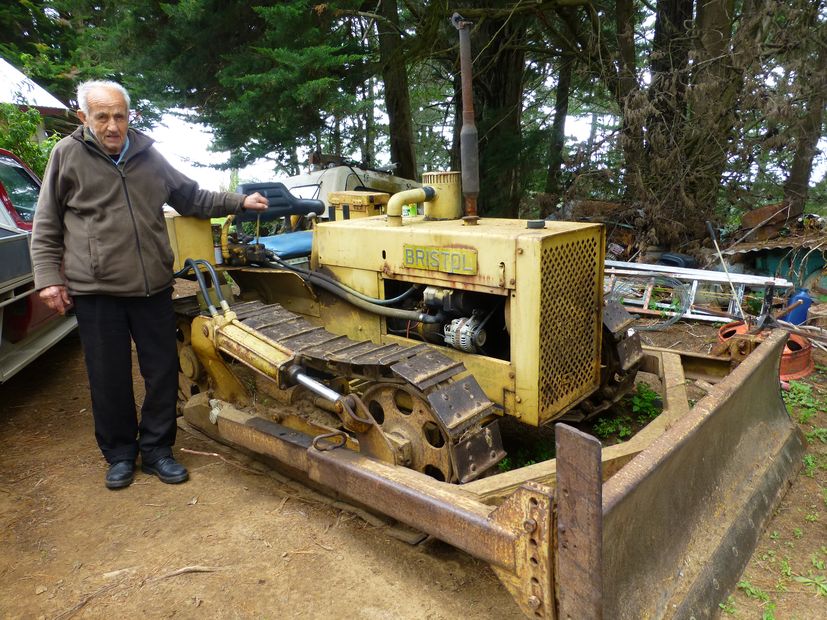 Looking back, it is clear Micky was a very good operator of machinery. For over 50 years he  worked bulldozers and crawler tractors. He knew the land around Sweetwater like the back of his hand.

For 25 years Micky came to the rescue of many a grateful farmer, bus driver and contractor. After he retired he kept an active interest in all that was going on around him. He had a collection of old TD6 bulldozers and Bristols, and his old tow truck at home, a reminder of all his years contracting.

Micky Petricevich passed away peacefully on 20 March 2022  A Legend in the Far North of New Zealand. 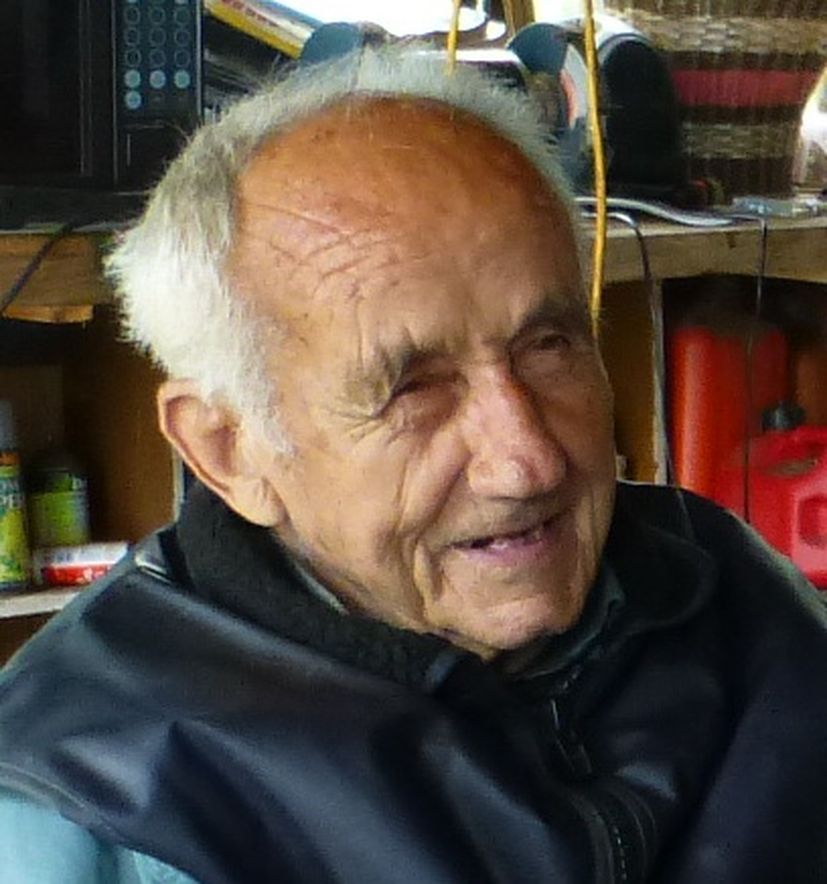 Historian and author Kaye Dragicevich has been extensively researching the far north of New Zealand, the area where a large number of pioneering families came from Croatia in search of a better life over 100 years ago. Her book, titled Pioneer Dalmatian Settlers of the Far North, took four years to complete and features 200 interesting stories of families who arrived in New Zealand’s gumfield area in the far north from Croatia. It also includes 900 historical photographs.