Home » News » A Croatian girl in America – the ups & downs 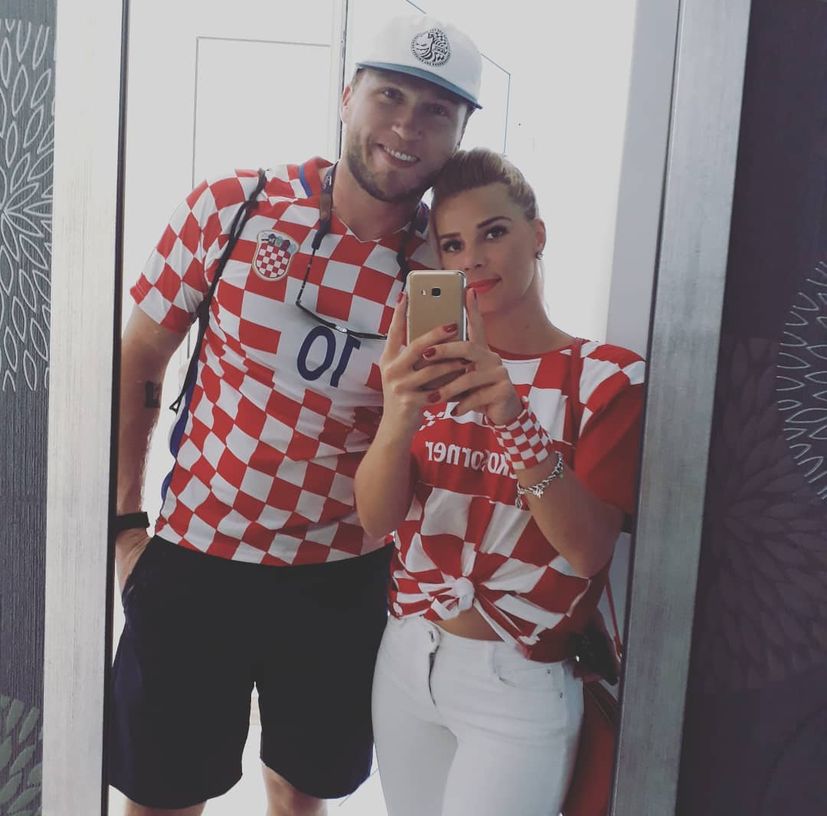 I couldn’t wait to get home. For a year and one month I have not seen my parents, my street, my house and my dear country of Croatia. For a year and one month, I did not eat homemade food with fresh vegetables from someone’s garden. I did not sit in the company of my people who clearly express their views, roughly defending their opinions, and after which they are ready to toast and sing with no hard feelings.

For me, personally, the worst part when you decide to move out of your country is the fact that no one can prepare you for what awaits you. You can listen to someone’s stories and experiences, but it’s one thing to listen to, and quite another to experience from your own perspective.

However, I wanted to gather my observations and my experiences, and maybe help someone who found themselves at the crossroads of life, constantly thinking about whether to stay or to leave the comfort zone of our borders.

My story has taken me to the unknown plains of far away Texas in the United States, and the reason is probably the simplest, but also the strongest that can drive a person – love. The first time I visited the States, I met an American in a restaurant who was wearing short pants and knee-high socks who had a barely understandable accent. At that moment, I was not aware that I had met my future husband and that I would have to face the most difficult decision so far. However, because of love one can go to the end of the world. So I did.

After almost three years of defying all odds, expensive plane tickets, and long Skype conversations, I went on another visit that ended with a ring on my finger and me going into the lengthy process of getting a Green Card. It is important to note that you cannot leave the US border during the process, nor can anyone tell you exactly how long this process will take. I would always advise to engage the services of an immigration lawyer, as this guarantees you the fastest way to obtain a work permit. Otherwise you are ‘tapping in the dark’, and just one wrong step or wrong information returns you to the beginning of everything. You are actually doomed to wait, since you run the risk of being deported and banned from entering the United States through illegal work. I would say that Americans, in comparison to us, abide by the law and the rules. 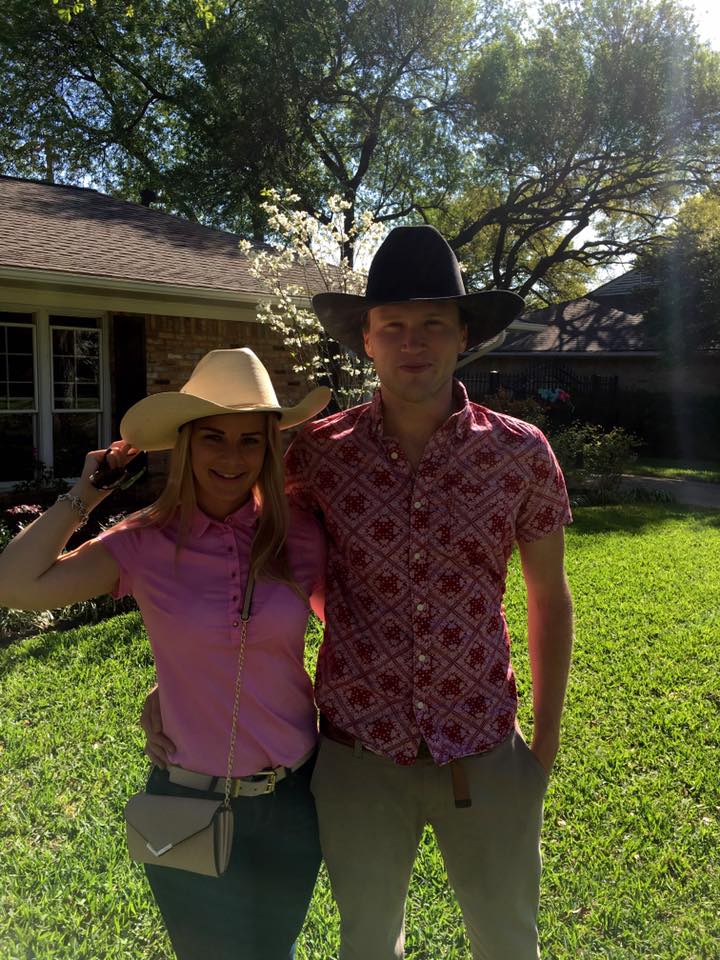 The organization of the whole country is at an enviable level, in fact everything is running like on a string. Therefore, with the Croatian mentality in my head, I was annoyed, for example, when my husband would stop every time on the sign stop and wait ten seconds before moving, looking around, although no other car was visible in the vicinity.

We once drove through a Texas village about 20 kilometers higher than the speed limit. He was immediately spotted by a local police officer who, despite all our courtesy and guilt admission, fined us $130. I spent the rest of the time uttering all kinds of curses that came to my mind while my husband, although mad, commented that we were the ones in breach of the law.

The cultural, psychological and mental differences between me as a Croat and him as an American are enormous, but over time we have learned to respect those differences and to compromise on things. I would say that the most important difference is that I think with my heart, and he thinks with reason. We, Croatians, are a nation driven by emotions above all else. It’s the small things that we enjoy in and what can make us happy. They are, however, a megalomaniacal society, ruled by pure capitalism.

On the other hand, it is precisely this capitalism that drives them to constantly grab, create, operate, work hard and make their labor market flourish every day more. 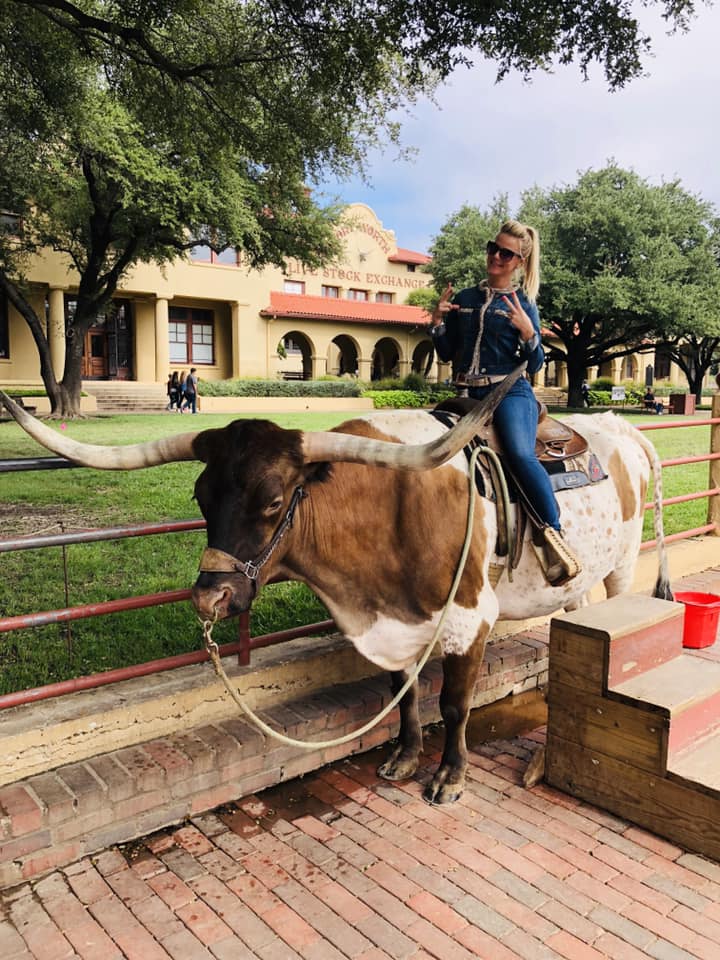 The reason for this also lies in the fact that no one interferes into someone else’s job. From the doorman, to the splitting of movie tickets, waiters, or salespersons, they always do their job with one hundred and one percent. I know how to change the light bulbs, or how to put a bed together, cook lunch, bake a cake, change the oil in a car and bathe a dog, while my husband thinks there are people who are more adequate to do all those things, and he is right. But that’s why everybody has a job.

Texas is one of the states where guns are completely legal, everything I saw in movies has now become a daily routine. The problem is, I grew up in a country where I was able to walk back from the city at three in the morning without thinking that something could happen to me. So I did not have a sufficiently developed sense of fear for my own safety. I had to develop it very quickly, since killings and robberies are the most normal thing there. My walk with two dogs always came down to time before dark.

What strikes me the hardest is constant filtering. Watch what you talk, watch who you talk to, watch how you act, be careful not to offend anyone on a racial, religious, or actually basic human level. Relationships are kind of shallow. What I can say to a friend here is not something I can say to friend in Croatia. I miss having a good discussion and probably raising my voice in the moment of that discussion, because after all, people are passionate creatures, or at least they should be. 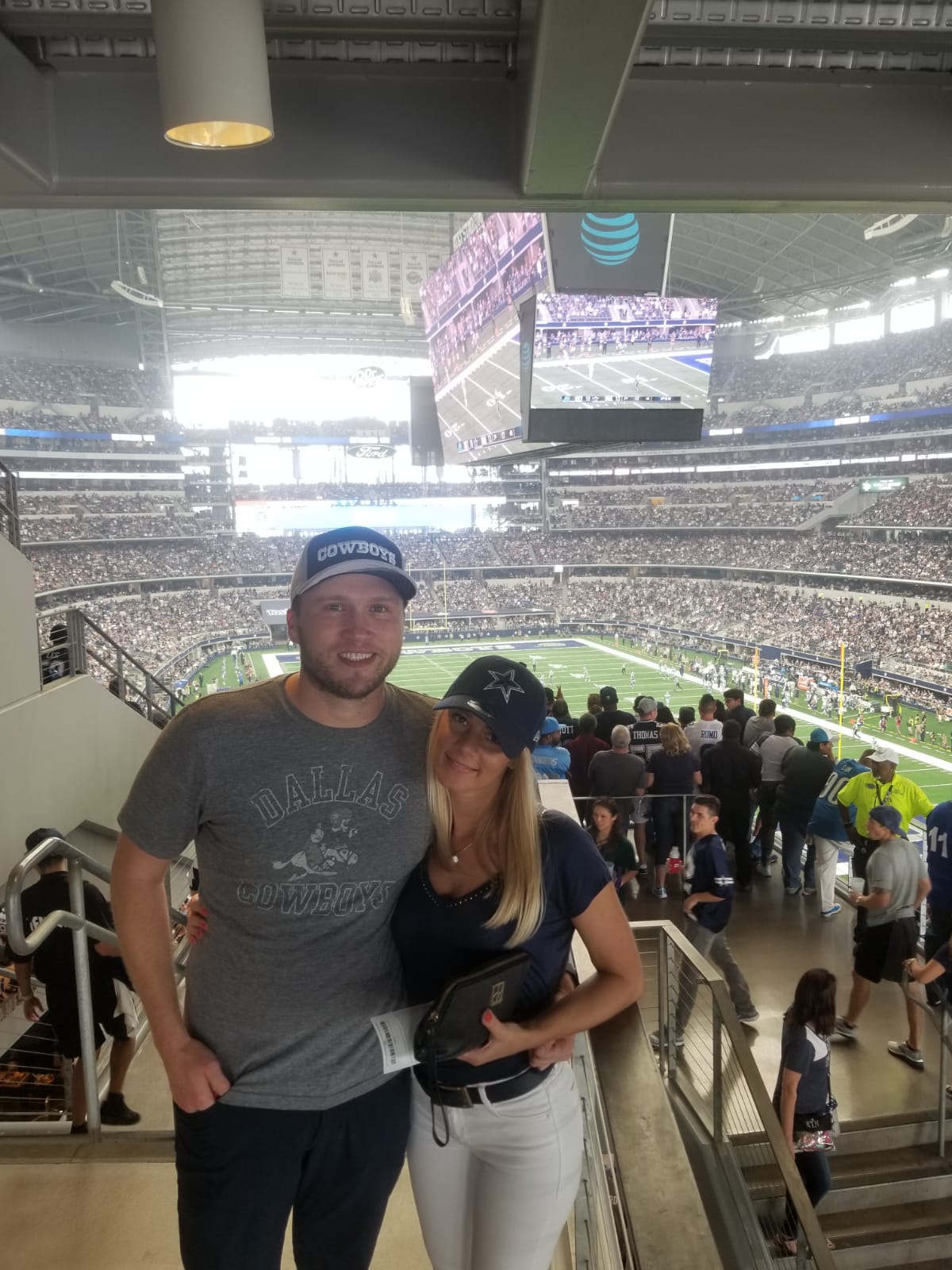 Everyone is very polite and nice, but when you dig a little deeper, you realize that everyone lives their life, and he or she does not care too much for you and your life. There are almost no neighborhood gatherings, or inviting them for dinner in your home. Gatherings often takes places in restaurants and the average dinner lasts about an hour and a half. The goal of the meal is to bring in the new fuel that will propel you further.

I do have to emphasize that they are more united when it comes to changing something. Specifically, a few days after Trump’s inauguration, I went to Los Angeles, one of the strongholds of Democrats in America where countless large groups of people were marching on the streets. I would say that the convoy had been going for several hours past the bar where I was sitting. I have never seen this in Croatia.

In fact, I was one of those who, inside my four walls, criticized the government, politics, the church, the whole society and the situation in which we all realistically found ourselves. It’s crazy to think about how much my point of views has changed in such a short period. Now, when I read how many people do not support the strike of teachers, people who are just looking for a dignified life, I feel overwhelmed with anger and sadness. Police officers, merchants, doctors, all those who are dissatisfied, all professions, should follow their example and say that it is enough. I’m afraid we are not united and supportive towards each other when it matters. That in fact, leads me to the conclusion that we should not be felling sorry for ourselves, because we are slaves to our habits, we do not like change and are not ready to make the sacrifice we need for a better tomorrow.

I was raised to never make a difference between people on the basis of religion or nationality, and this is again a burden that we Croats unnecessarily put on our backs. Whose grandfather was an Ustasha, and whose Partisan, who is a Serb, and who is Croat does not matter when you are living abroad. On the contrary, we accept each other with open arms, since we are bound by language, similar culture and customs. I have the feeling that our people are constantly living in the past and opening old wounds that do not allow them to see the only one important thing – what kind of person you are. 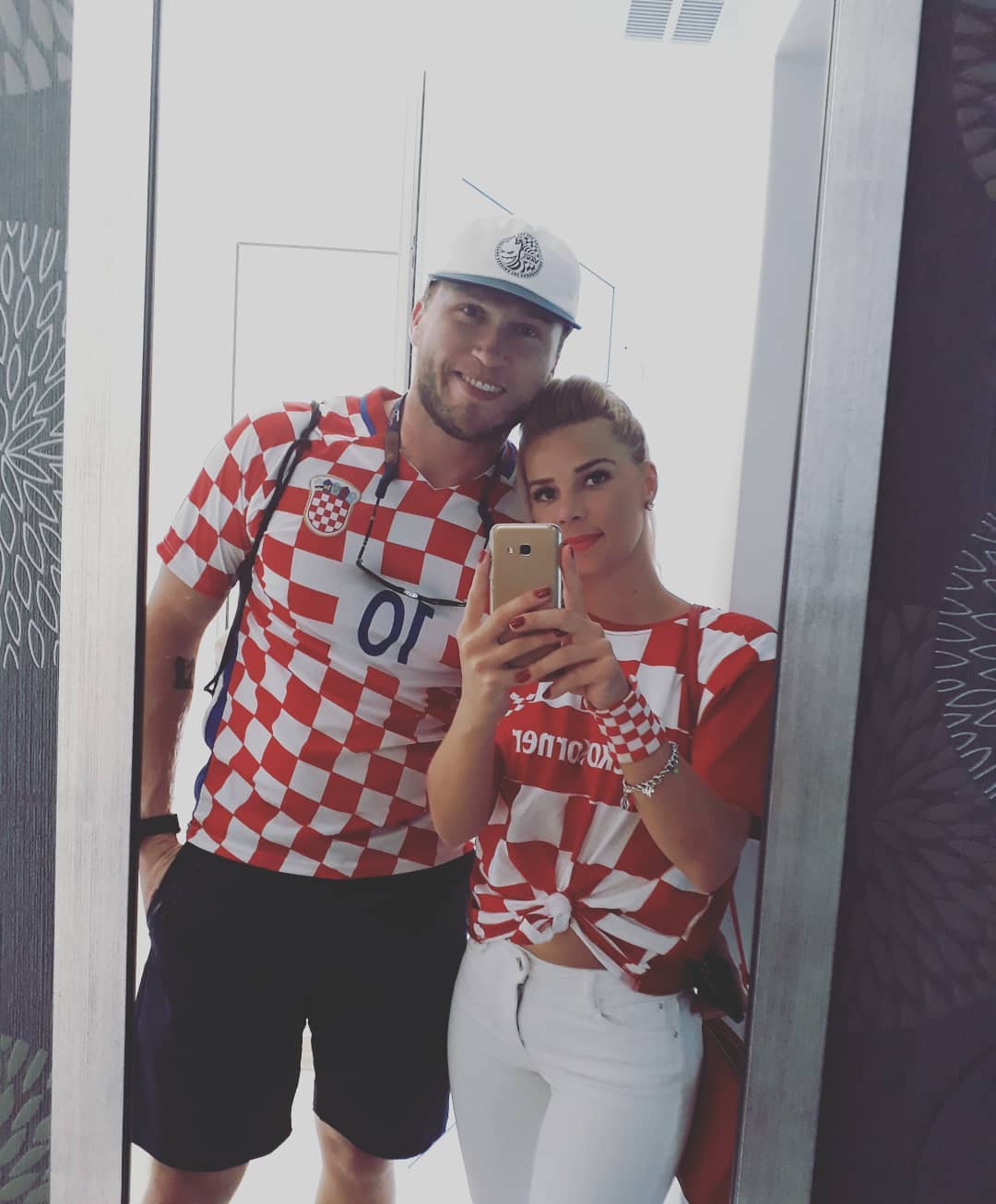 Yes, there is one big scale in my head right now that is constantly comparing what’s better and where it is better. When I am in America, so far from my home, I look for some famous scent, shop, thing, habit or custom that I can associate with Croatia. Because only a person living abroad knows how it can hurt to live outside their home country.

I had days when my husband knows he has to leave me alone, with Prljavo Kazaliste on the radio, and thoughts of my beautiful Croatia. Then I forget about all the ugly things that are striking my country every day, and think about three hours of having coffee, barbecue and banquet, that sincere laughter from your soul, songs, parties, the euphoria of a good soccer match and the pride that always overwhelms me when I go home in my thoughts.