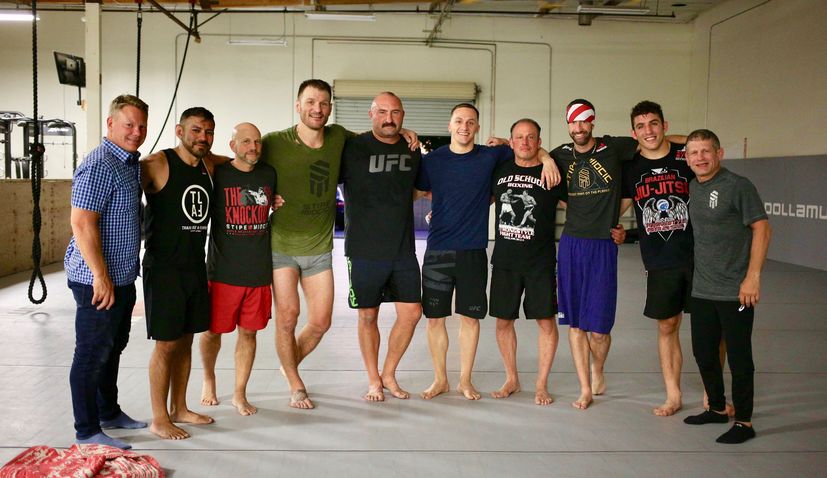 Stipe Miocic is hoping to defend his UFC heavyweight title for the fifth time on Saturday against Francis Ngannou at UFC 260 at the UFC Apex facility in Las Vegas.

The 38-year-old American-Croatian heads into the fight with a number of UFC records already under his belt, including the most title defences, most post-fight bonuses in the heavyweight division and most strikes landed in heavyweight history.

Miocic, who has already beaten Ngannou, back in 2018 by unanimous decision, is ready to go but says this fight will be different from the first.

“He has gotten better, we all evolve and he has evolved and so have I. It is gonna be a hell of fight Saturday,” the champ said.

Miocic is quick to acknowledge his world-class team who have helped him get to where he is today and touched on it at yesterday’s press conference.

“It is not just me, it is my team. We are in together, we sacrifice so much to get here and we ain’t stopping,” Stipe said on Thursday. 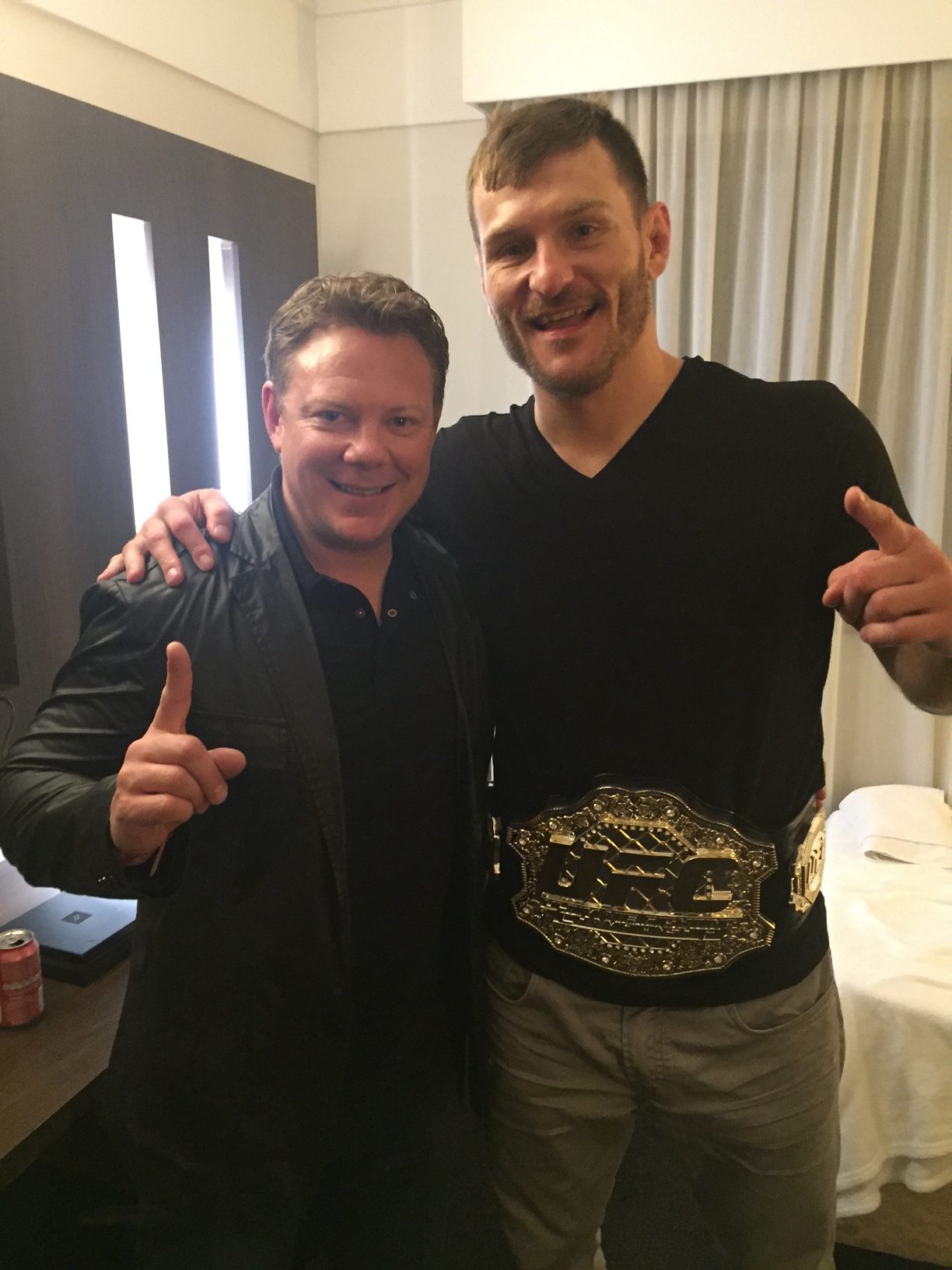 “Growing up we were quite immersed in the Croatian culture and language from an early age. Renata and I have visited Croatia numerous times and honestly there is so much of Croatia I have not seen that each time I visit, it amazes me how stunning the country is from top to bottom,” he said.

Dr. Biondich has been designing custom high performance sports nutrition programs for elite and professional athletes for almost 20 years. He has worked with athletes from the NHL, MLS, MLB, professional boxing, numerous National team players from Canada and has been working with UFC fighters for more than 17 years.

“I started working with Stipe in early 2012. I heard about this Croatian UFC Heavyweight from Cleveland Ohio and I was interested in helping a fellow Croatian out as I was working with UFC fighters already for 10 years at that time. I reached out to his manager to see if they were in need of a Sports Nutrition Coach and so I drove 4.5 hours from Toronto to Cleveland for an interview, the rest is history.” 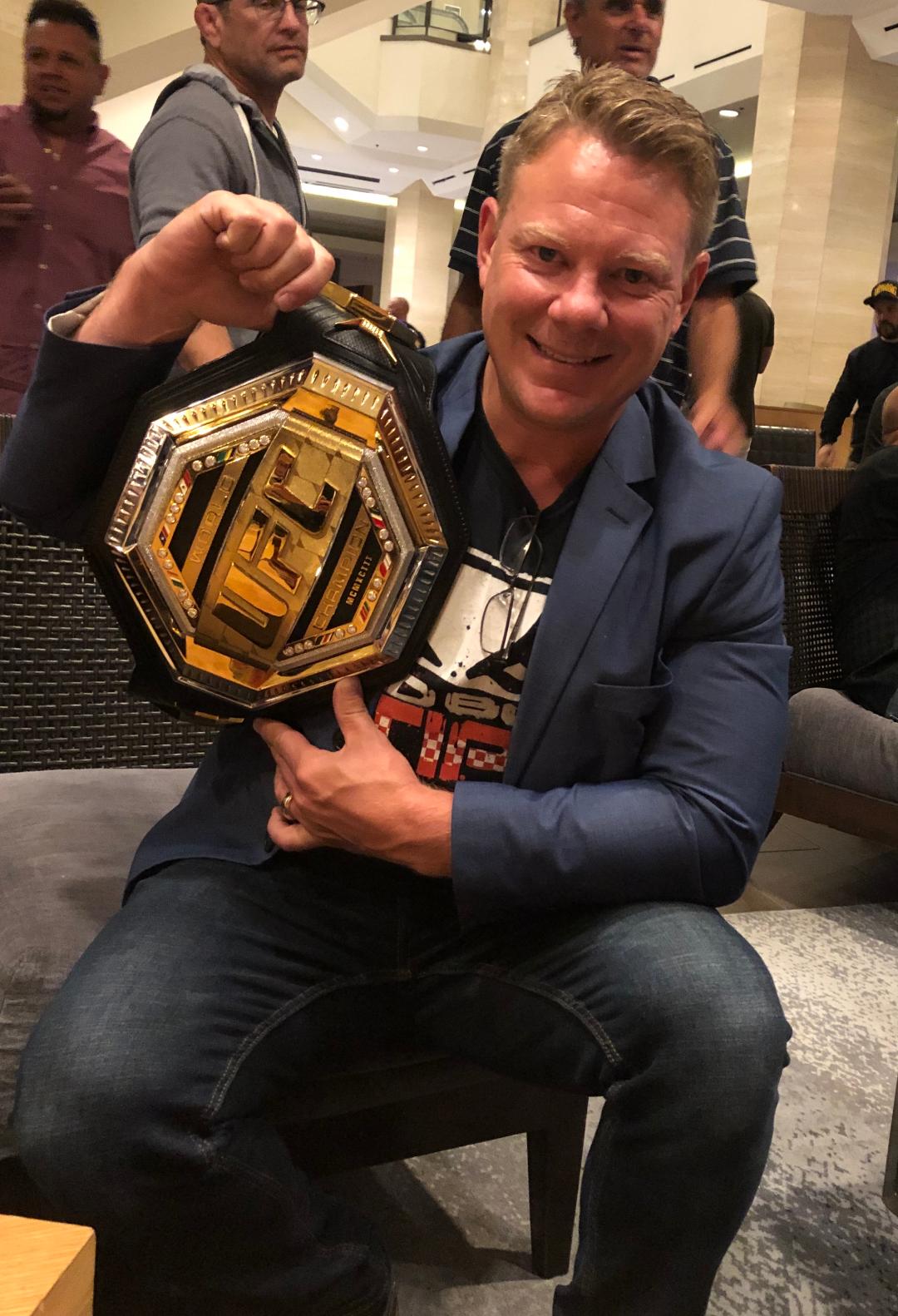 We caught up with him ahead of the fight.

When you first met with Stipe and coach Marcus Marinelli you proposed a nutrition / training program to take him from 240 to 255 pounds by adding more lean muscle to make him even stronger and move powerful. Stipe was 233 pounds for his last fight, what was the thought behind it and what were the key changes in nutrition to help him drop weight?

When I first met with Stipe’s head coach Marcus Marinelli, he stated Stipe does not have a strength issue as he’s extremely naturally strong (must be those Croatian genetics).

He wanted the nutrition and supplement plan to improve his endurance so that was a totally different approach. Ultimately we are talking about “Power to Weight Ratio” which means you want to be as light as possible and as strong as possible. So as an athlete becomes more proficient in his training, so does his body in burning fuel and building muscle.

And as a heavyweight, the fighter with the better conditioning has a massive advantage in the later rounds. Coach Marcus and Stipe’s strength and conditioning coach Bobby Kaleal are extremely well versed in this area and contribute quite a bit in this area.

It has been 7 months since Stipe’s last fight vs. Daniel Cormier, has the nutrition plan been the same heading into the fight with Ngannou?

As the saying goes, “if it ain’t broke, don’t fix it.” But naturally there are always tweaks to nutrition, food choices and supplements along the way. 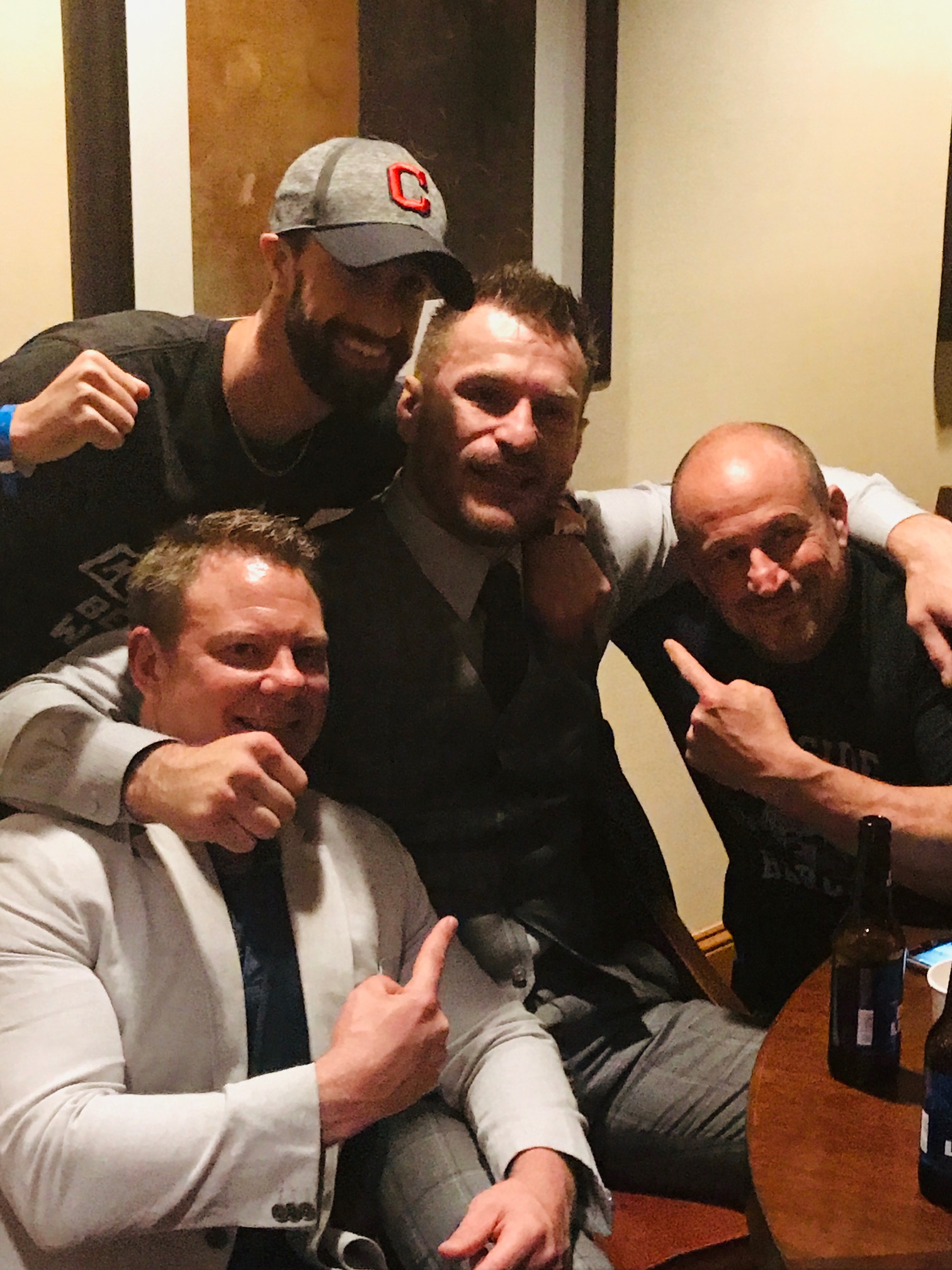 How can we expect Stipe to look come Saturday?

Stipe will look lean and mean and prepared to go 5 rounds as he always does.

How important is nutrition in the days leading up to the fight?

To be honest, staying calm and relaxed is probably more important. Stipe’s team is an amazing group of guys that love to keep it light and there are always tons of laughs the days leading up to the fight. From a physiological perspective, this keeps an athlete’s cortisol levels nice and low. It’s quite easy to be stressed before a fight and if an athlete has chronically high cortisol levels, it can have a cumulative negative effect on their performance.

There has been countless athletes that have had surprisingly poor physical performances as result of being over-stressed leading up to a fight or match. Recently, one UFC fighter said he drank an entire bottle of wine the night before his fight as he couldn’t fall asleep and blamed his poor performance on being hung-over. This is where nutritional and supplement strategies to keep cortisol in check and ensure a good night sleep is imperative to performing at your best. 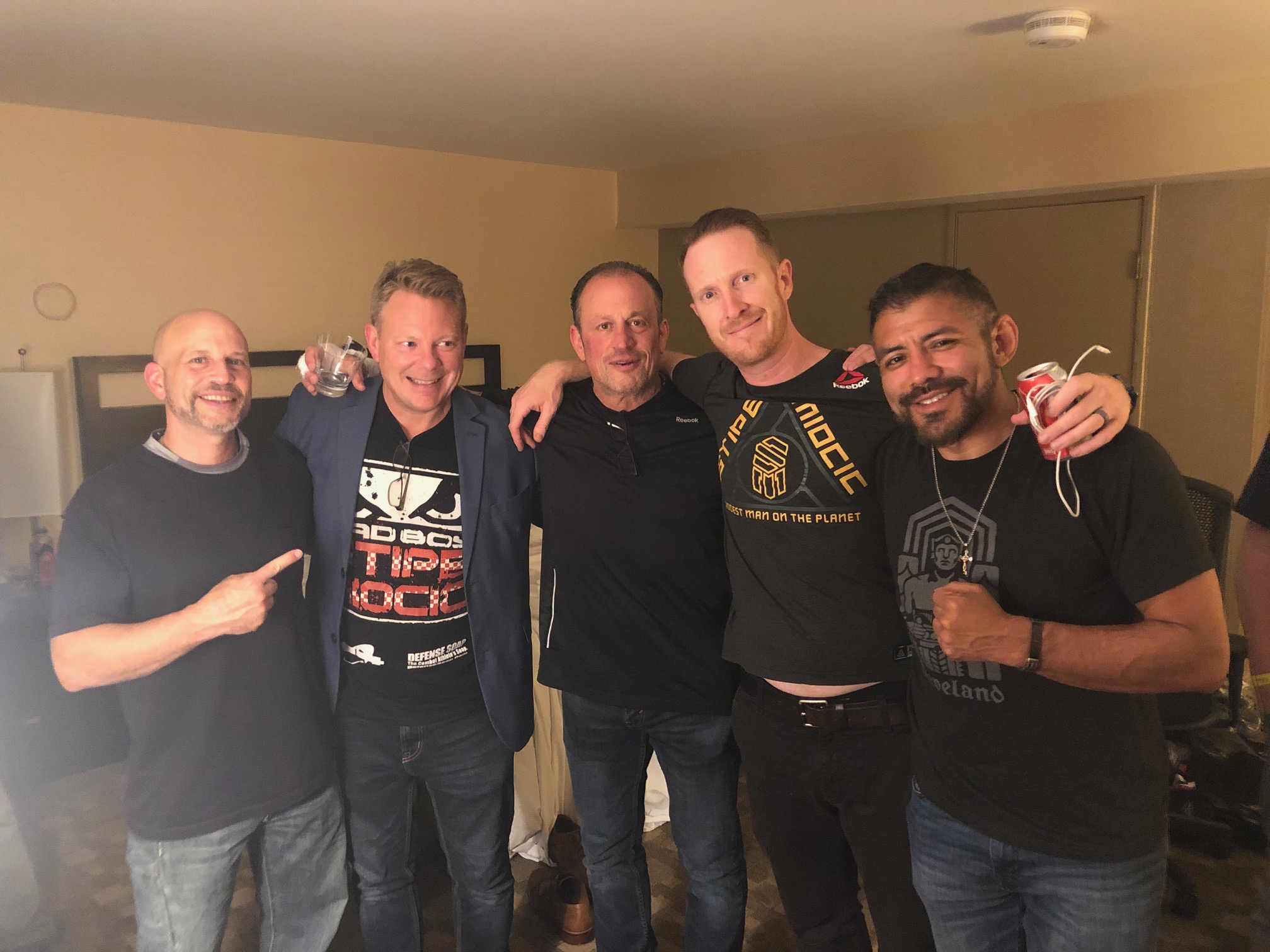 How do you see the fight going this weekend?

I don’t predict fights, I just know that Coach Marcus and Stipe’s entire team has prepared Stipe to their best abilities and Stipe is ready to go!