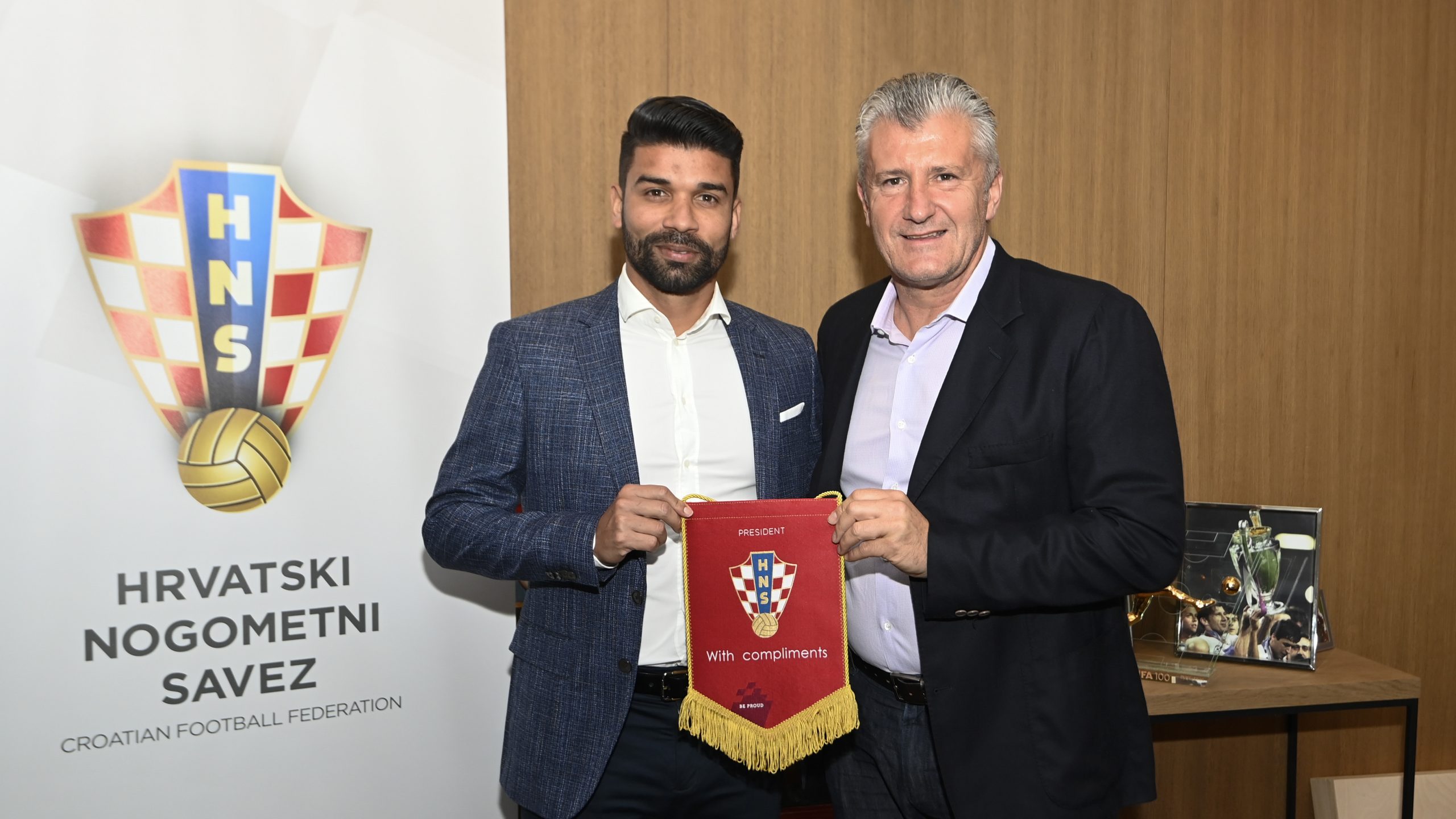 HNS president Davor Šuker hosted Eduardo at the headquarters of the Association in Zagreb who gladly accepted the proposal to be the ambassador of the Croatian Football Federation and the Croatian national team at EURO 2020, which has been postponed to the summer of 2021 due to the global pandemic.

‘Dudu’ will once again be with the national team for which he played 64 times and scored 29 goals, which makes him the third-best scorer in history, behind Šuker (45) and Mario Mandžukić (33).

How did this cooperation with the Croatian Football Federation come about?

Last Christmas I was in Zagreb, I visited President Šuker and through a conversation, he suggested the idea to me. I gladly agreed I will be honoured to be the ambassador of the Croatian Football Federation and the Croatian national team at the upcoming Euro.

EURO 2020 will be Croatia’s eleventh major competition in history. Is this a confirmation of good work in Croatian football?

The results of the Croatian Football Federation speak for themselves. Croatia is continuously a participant in major competitions, and when you have two medals from World Cups in 20 years, there is nothing more to add. I see that this high level is maintained even today, that great talents are being developed that will keep Croatia at a high level in the future as well. Quality work with young people is certainly what sets Croatia apart from others, and I am very glad that President Šuker and the current leadership recognise this and invest in it.

Croatia is coming to the EURO as World Cup runner-up. How did you experience the World Cup in Russia?

Then I was in Poland playing where I watched all the matches of our national team. I played for Croatia for ten years and I am aware of the quality that this national team has. Several times we really just missed out on great success, especially 2008 against Turkey and 2016 against Portugal. In 2012, we had an objectively difficult group with two finalists, but even then we played very good football. So I’m not surprised that Croatia reached the finals because I know these guys and I know how good they are. I played with 80 percent of these guys and I’m so glad they achieved such an incredible success. 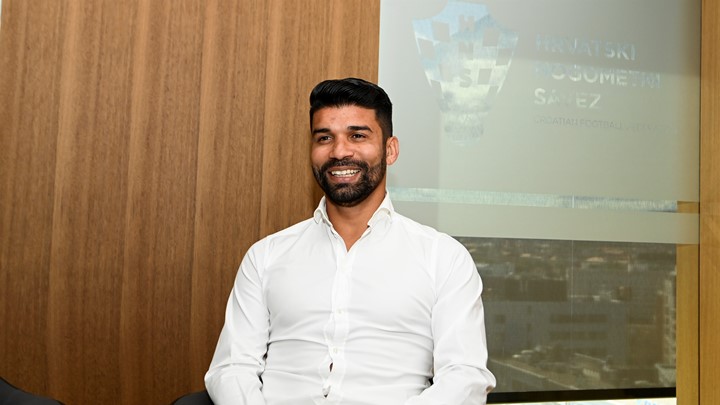 The captain, Luka Modrić, also achieved incredible success, with whom you shared the locker room at both Dinamo and the national team. Could you have predicted such development of Modric’s career?

As a young footballer, each of us dreams of being the best in the world, like our role models like Zidane and Romario. I played a lot with Luka, even against him a few times when he was at Tottenham and at Real, and he really deserved everything that happened to him. He built his career carefully, step by step, and reached the highest possible level that he deserved with his quality and his work.

Regardless of the departures of several important players after the World Cup, Croatia triumphantly went through the qualifications. What can Vatreni do at EURO 2020?

It was expected that there would be a small drop after the World Cup because every new team needs time to play. Look how much time Klopp needed to make Liverpool this team that is the champion of Europe and England. It is now clear that Croatia is again ready to be competitive at the Euro and go far again.

Everyone’s plans were thwarted by the new coronavirus SARS-CoV-2.

Of course, we are all sorry that a virus has appeared that, among other things, has affected the football calendar in the same way. However, for Croatia as well as for others – I don’t think it will be too much of a problem for us. It remains to be seen what the situation will be with the fans because Croatia is used to playing with great support from the stands.

How do you view Croatia’s opponents at the Euro?

Whoever qualifies for the big competition is a serious team. England and Croatia are the favourites on paper. The English are the hosts and are of very high quality, and Croatia is a World Cup finalist. But the Czech Republic is a team that plays well in the final tournaments, and whoever comes as the fourth team in the group will also be a tough opponent. Still, of course, I see Croatia as one of the teams to advance to the next round.

As an extremely successful striker, how do you rate Vartreni’s center forwards?

The strikers are certainly among the most important figures on the field for any team. Football has changed a lot, there are not so many traditional “no.9s” but the striker is expected to work a lot for the team, cooperate and open the space with wings that score a lot of goals. Still, it’s important to have a striker who can score from nothing. I think that Croatia in Petković and Kramarić has very good solutions in the attack, there is no concern for that position. 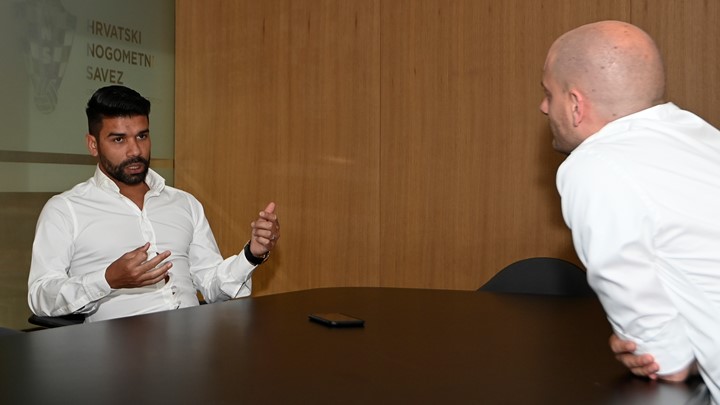 Every Croatian fan is very sorry that due to a serious injury you could not be part of the national team at Euro 2008, especially after a great qualifying cycle. Would Croatia have gone further if it weren’t for Martin Taylor?

When Slaven Bilić took over the national team in 2006, a lot changed. I had a feeling that, before Slaven, Croatia’s goal was to eventually pass the group in a big competition. But we did a great job in qualifying, and we had the feeling that we could go far for the Euro. I think that since then Croatia has always gone to the final tournament with such a feeling. Slaven pushed three players from the HNL into the first team: Luka, Ćorluka and me, which was a very brave move that paid off at the time. It was a little lacking against Turkey in 2008 and Portugal in 2016. I can’t say it would have been any different if I had been on the field then in 2008, no one can know that – as soon as another player is on the field, the ball spins differently.

Your transfer to Arsenal proved to be very important in creating the perception that players for the best European clubs can be found in the Croatian league.

I think that the view of Croats and especially of the Croatian first division has changed a lot since then. I was among the first to go from the Croatian first division to the top league and top club. Soon Charlie (Vedran Ćorluka) went to Manchester City and Luka to Tottenham, and since then our players more often go directly to the big leagues and clubs. When you look at the list of our national team, they are all players in the biggest clubs, from Real, Barcelona, ​​Juventus, Bayern, Inter, Milan and others, and that is very important. You learn a lot in these clubs – not so much technically but much more tactically, physically and mentally. When you come to the national team with this experience, you are much more ready for big challenges because you play in front of 50,000 people every week, and games with a big role. I think that experience was very important in 2018 because the players of the game went through a lot with the national team and in their clubs and they knew how to deal with the pressure of such matches.

How do you experience the Croatian league today?

I watch as much as I can, I was here recently at the match Gorica – Hajduk. Dinamo still dominates, but I think that other clubs have made a lot of progress – especially Osijek, Rijeka, Lokomotiva, there is also Gorica, so the competition is certainly much stronger. We see now that Dinamo cannot count on points if it is not one hundred percent. In my time it was different – everyone was defending against Dinamo, and now everyone is trying to play. When you play in a big club and when you see your opponent holding the ball, it starts to frustrate you, you lose concentration and it is easier for you to make a mistake. Of course, it would be nice if we could have a league of 16 or 18 clubs, but 10 teams in the Croatian first division is a reality and the best solution considering the size of the base.

Lastly – what are your family plans?

We are currently in Rio de Janeiro where we will be living for a while. I wish we were in Croatia, but at the moment we have everything arranged there – house, school, etc. After the World Cup, I signed for Flamengo and bought a house thinking I would stay longer, but after that, I changed the environment practically every year, which was hard for my daughter Lorena so we decided to stay in Rio for a while. We’ll see later. My son Matheus is nine years old, he is quite in love with football. How good is he? I am subjective, but they say he is quite talented, he wins prizes in various tournaments. My plan is that he one day comes to a football school in Europe, maybe in Croatia, but we will see how it all develops.