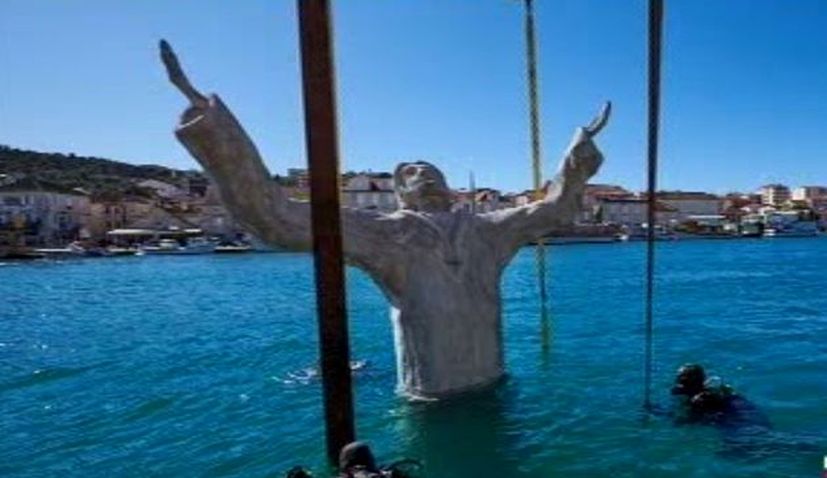 Tourist and locals in the Dalmatian town of Trogir looked on today as a 8-metre statue of Jesus Christ was lowered into the sea.

The statue, which weighs around 10 tonnes and is made from reinforced semi-solid concrete, was on display in Trogir over Easter and today it made its way to the bottom of the sea to form part of a tourist attraction.

Stations of the Cross under the sea – the only one of its kind in the world, is being created in Croatia and today the last of the statues made its way underwater.

A total of 52 statues form the 14 Stations of the Cross at a depth of around 4 metres in Jelinak bay west of Trogir.
The project in the only dedicated Stations of the Cross devotion in the world underwater, and aims to be a tourist attraction on the coast, attracting pilgrims and also keen divers.

The idea to create the Stations of the Cross under water came from diver Joško Kandija, whilst all of the statues are made by artist Valentino Val. 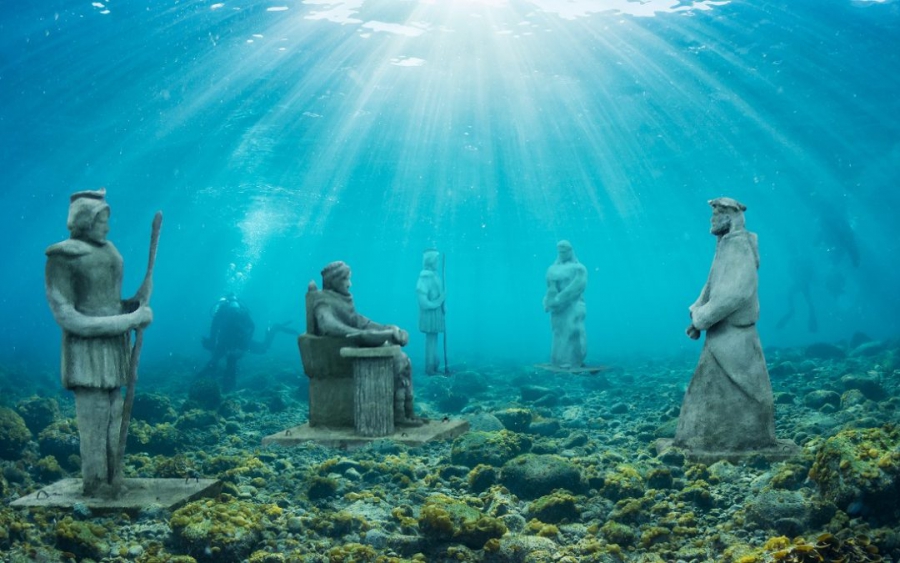 Most of the other statues are also made from reinforced semi-solid concrete and are around 1.8 metres in height, weighing 1,000 kilograms, meaning they are able to withstand sea currents and remain exhibited.

Check out the video of today’s lowering of the statue into the sea in Trogir here.