7 Croatian companies among the 100 largest companies in Southeast Europe

Seven Croatian companies are among the hundred largest companies in Southeast Europe, according to the SEE TOP 100 ranking published today by SeeNews.

The SEE TOP 100 is an annual ranking of the largest companies in Southeast Europe by total revenue for the fiscal year ending December 31, 2021.

The publication also contains rankings of the largest banks and insurance companies in the region.

The increase in their profits was even more significant – by 83% to 6.4 billion euros.

The oil and gas industry emerged as the strongest in terms of revenue and profits, replacing the 2020 winner — the wholesale and retail sector.

After a seven-year hiatus, Romania’s largest oil and gas producer OMV Petrom returned to the top of the list, displacing carmaker Dacia. OMV Petrom recorded a 60% increase in sales to EUR 6.0 billion, far ahead of second-placed Automobile Dacia with EUR 4.4 billion. In terms of profit, it is in second place with EUR 546.3 million.

In terms of profits, the leader is the Romanian electricity producer Hidroelectrica. The company ended 2021 with a profit of 614 million euros and a return on income of 45% thanks to the increase in electricity sales. The company is preparing for an initial public offering next year, which is expected to be the largest in Romania’s history. 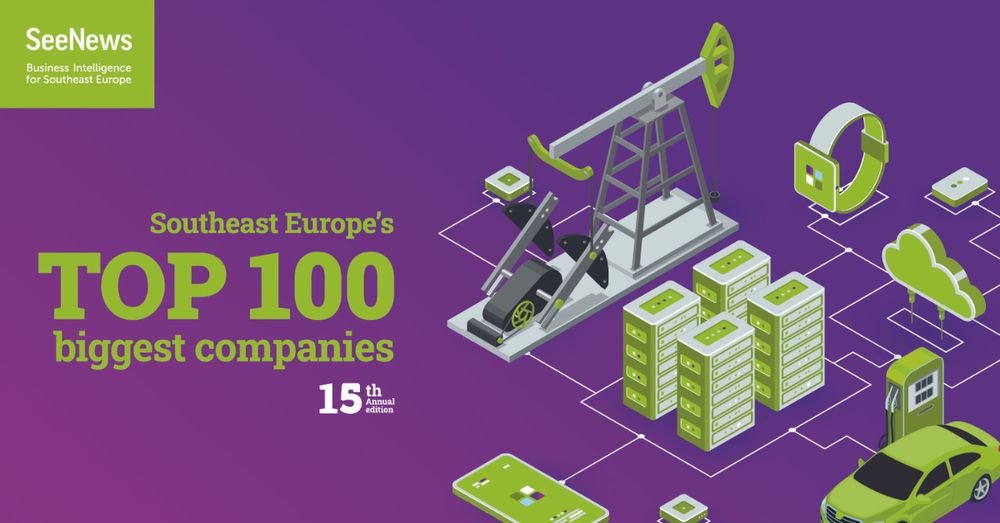 SEE TOP 100 ranks the largest companies in Southeast Europe by total revenue for the fiscal year ending December 31, 2021. Figures for 2021, as well as comparable data for 2020, come from the annual non-consolidated reports for 2021.

Holding companies, on the other hand, are represented on the ranking list by their subsidiaries. All data comes from national trade registries, stock exchanges, government and corporate websites, industry regulators, local business information providers and the companies themselves.

SeeNews is the leading independent provider of business intelligence in Southeast Europe, providing a complete picture of the region to help businesses make informed decisions. With over 15 years in the market, we are a one stop shop for your business intelligence needs. Their coverage spans 123 industries and sectors, 11 countries and 800,000+ companies, offering breaking news, insightful commentary and in-depth market research and analysis through our integrated online platform, as well as on-demand research services.