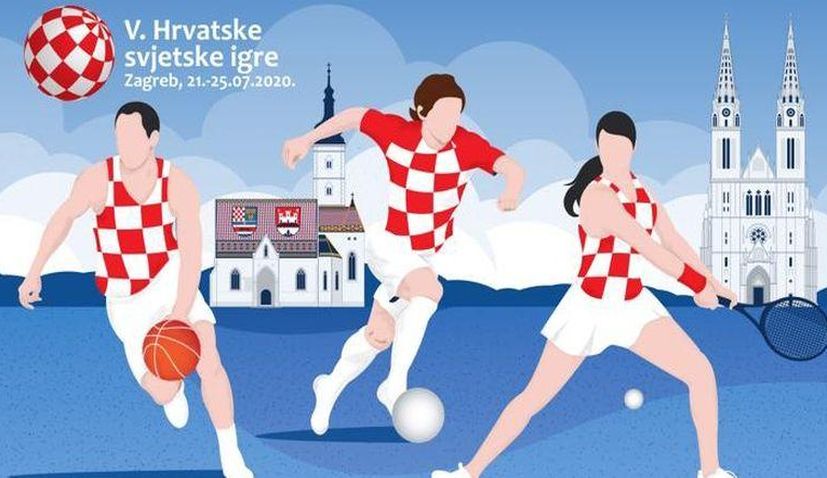 ZAGREB, 23 January 2020 – The 5th Croatian World Games will be held in the Croatian capital Zagreb this summer.

Croats from all over the world, including those in Croatia, are invited to take part in the 5th Croatian World Games which include sports such as athletics, bowls, judo, karate, basketball, football, indoor soccer, volleyball, beach volleyball, swimming, rugby, handball, tennis, table tennis, taekwondo and waterpolo.

Although it is not mandatory that athletes belong to an official sports or cultural organisation, they must be over 16 years of age and have Croatian ancestry. Registrations close on 1 February 2020, the Croatian World Games website announced.

The Croatian World Games, which have previously been held in 2006 and 2010 in Zadar and in 2014 and 2017 in Zagreb, are organised by the Croatian World Congress, an association which connects organisations and institutions from and Croatia and Croats living abroad.

At the last Croatian World Games in Zagreb in 2017 there were over 1000 people taking part and this year even more people are expected.

“The aim of the Games is through, first of all, sports and then numerous cultural gatherings to connect young Croats and give them impetus to nurture Croatian identity, return to their homeland and future economic investments in Croatia. All competitors are provided with free accommodation, food and equipment, while travel expenses are to be met by competitors,” Vinko Sabljo, Croatia World Congress president told CroExpress.

More information can be obtained from the Croatian World Games website.