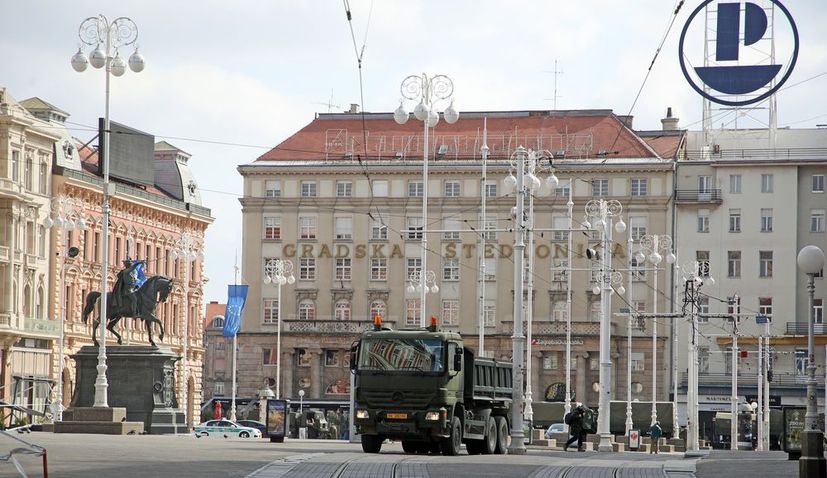 ZAGREB, 23 April 2020 (Hina) – A quake measuring 3.5 on the Richter scale rumbled Zagreb at 9:52 a.m. on Thursday, and was followed by weaker tremors a few minutes later.

The European-Mediterranean Seismological Centre (EMSC) reported that the 3.5-strong quake had the epicentre two kilometres north-east of Zagreb.

Croatian seismologist Kresimir Kuk said in the meantime for a commercial media outlet that the strength of the quake was 3.4.

The quake was felt in various parts of the Croatian capital city, which suffered extensive damage in a 5.5 strong quake on 22 March.

Croatia Week received a number of reports from local residents who felt the quake.

“Here we go again, that felt strong. It was only short but things started to shake,” one commented from the suburb of Zaprude.

“We felt that. There was shaking but it only lasted a few seconds. It was the biggest we felt since the big one a month ago,” another reader from Cvjetno naselje said.

“The epicentre was more shallow than the big one a month ago that is why this felt so strong. I was terrified when it started to shake but lucky it was only short,” said another comment.

Since the 5.5 magnitude earthquake last month, hundreds of the aftershocks have been felt in Zagreb and its surroundings. The video below shows parliament building shaking briefly when the quake hit this morning.

There have been no reports as yet of any major damage.

Map of felt reports received so far following the #earthquake M1.2 in Croatia 40 min ago pic.twitter.com/xaBMHHzd1C