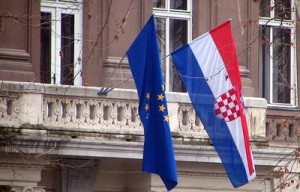 There have been 2,178 applicants apply for just 70 translator jobs in EU institutions and 2,677 applications in total for 152 positions after vacancies were announced by the European Union, writes Croatian daily newspaper Vecernji list.

Jobs for interpreters, who would not translate written text but would do simultaneous speech translations, attracted the least amount of interest with 195 people applying for 35 positions.

The first round of rigorous testing, which includes verbal, numerical and abstract reasoning, for translation positions in the European Parliament and the EU council begins this week.

Those lucky enough to land positions in EU institutions will enjoy a salary that they could only dream about in Croatia. A starting salary of 32,000 kunas (4,349 euros) per month is offered to level 5 administrators, whilst the top-level administrators receive 76,450 kunas (10,324 euros) per month.