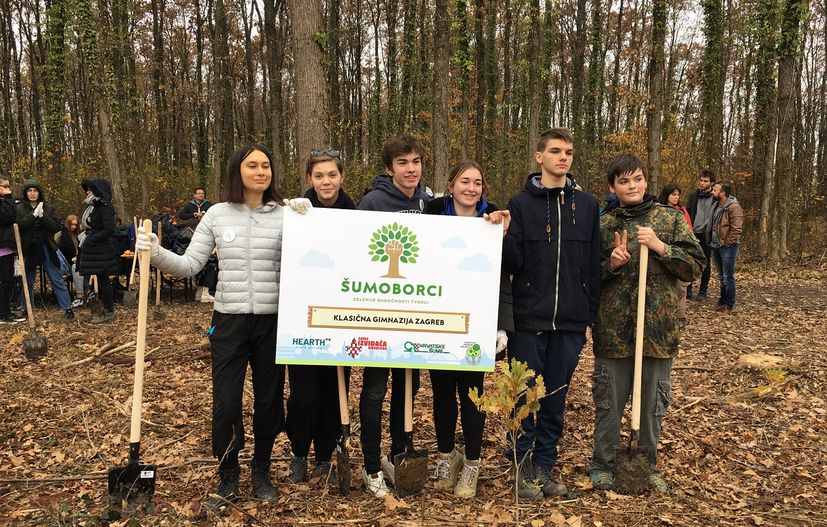 The CO2MPENSATING BY PLANTING project is the first Croatian program to compensate for CO2 emissions by planting trees, and is organised by the Croatian Scout Association, Croatian Forests and HEARTH as an innovative response to the effects of climate change.

The project started in November 2021 and in less than 2 months gathered more than 1,500 volunteers, symbolically called Šumoborci, who planted as many as 25,000 new seedlings in 17 large afforestation campaigns. 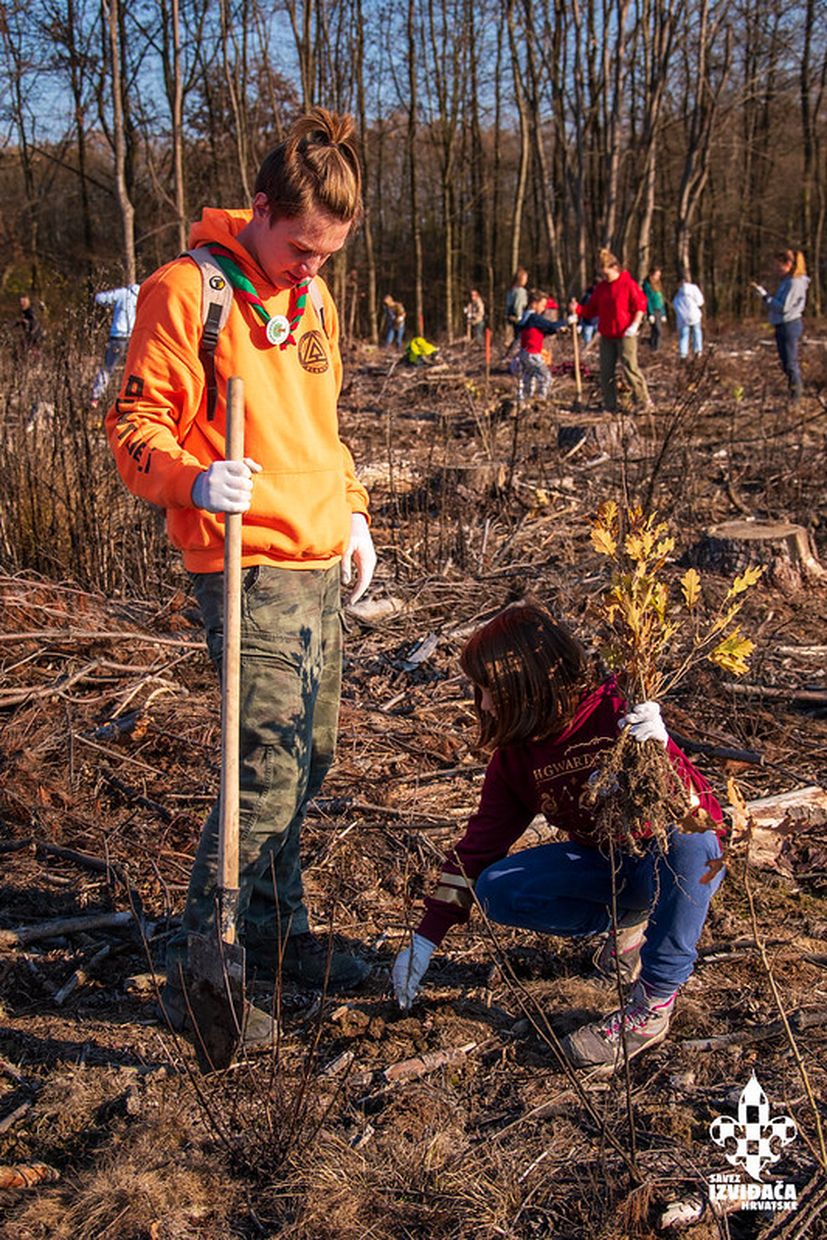 With the help and supervision of Croatian Forests, new forests were planted in the area of Zagreb, Velika Gorica, Ivanić Grad and the island of Čiovo, primarily in places where forests have already been destroyed by climate change. 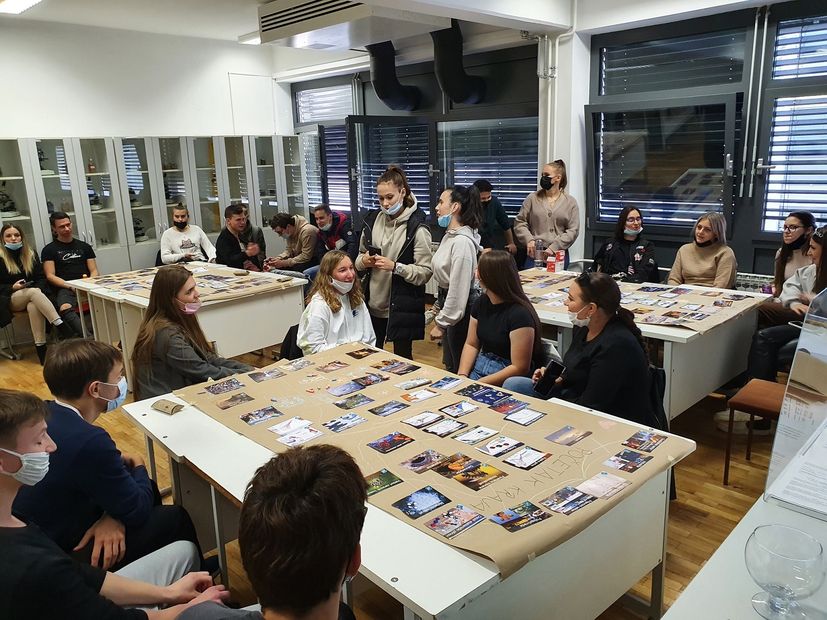 Through interaction, students learn about the causes and consequences of climate change, but also about what we as a society, community and individuals can do to reduce these consequences and negative effects in the future.

After the trainings, the students get involved in afforestation actions, together with other volunteers from Šumoborci. In this way, they can plant their own seedlings and thus compensate for part of the CO2 emissions from their own carbon footprint. All Šumoborci who are involved in planting actions, through partners and project sponsors, are provided with transportation, food and drink, work gloves, planting tools and seedlings and professional assistance from Croatian Forest experts. 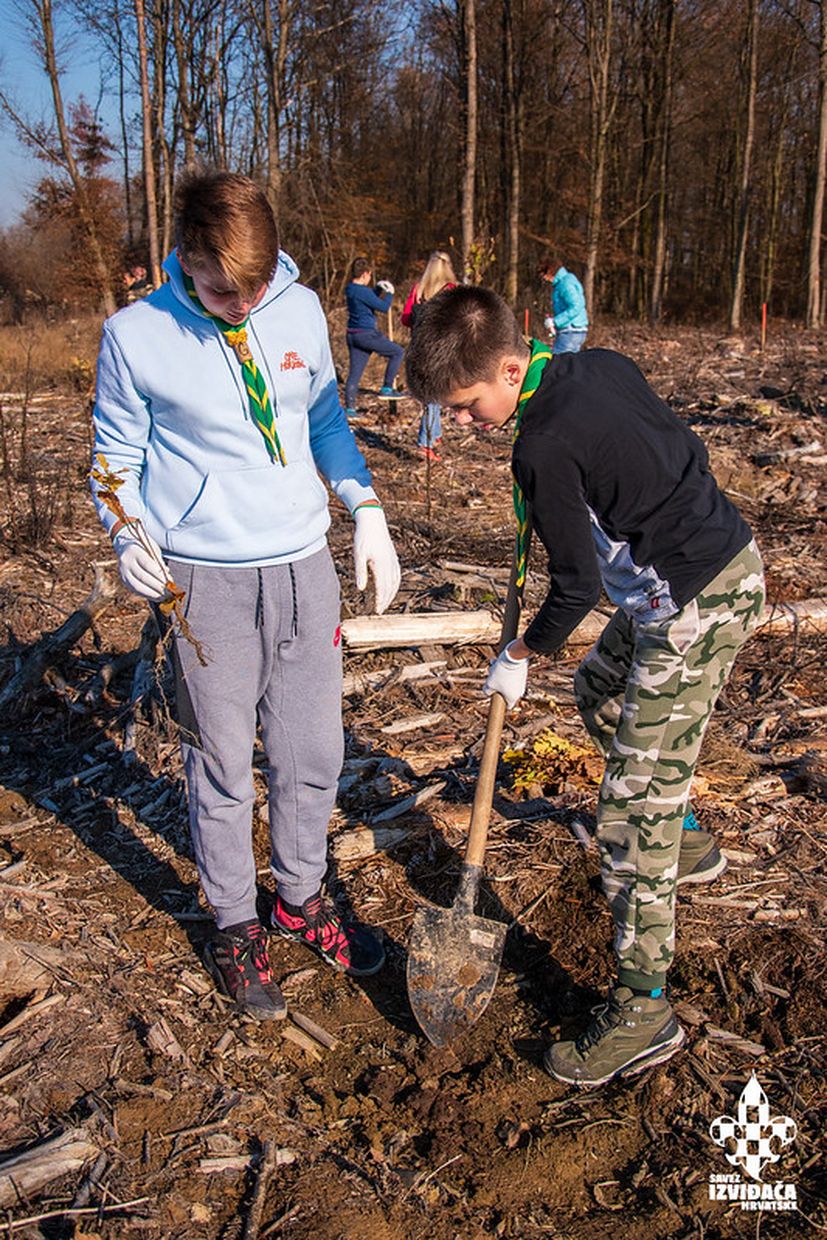 The Croatian Scout Association is announcing new actions this year as well, and even more new seedlings.

“We are very satisfied with the response so far from both the school and other citizens. Involving 1,500 people to do something useful for themselves and the environment outside, where it can be both muddy and cold, is not easy. The vast majority of the children and young people we work with afforestation actions have never had the opportunity to plant their own tree before. The forest rangers make it possible for them. But they also allow them to love nature much more and start caring for it more intensively. This year we intend to plant at least 50,000 seedlings, and expand afforestation actions to Slavonia, Gorski Kotar, central and northern Croatia,” concluded Dan Špicer, main project coordinator and Business Director of the Croatian Scout Association. 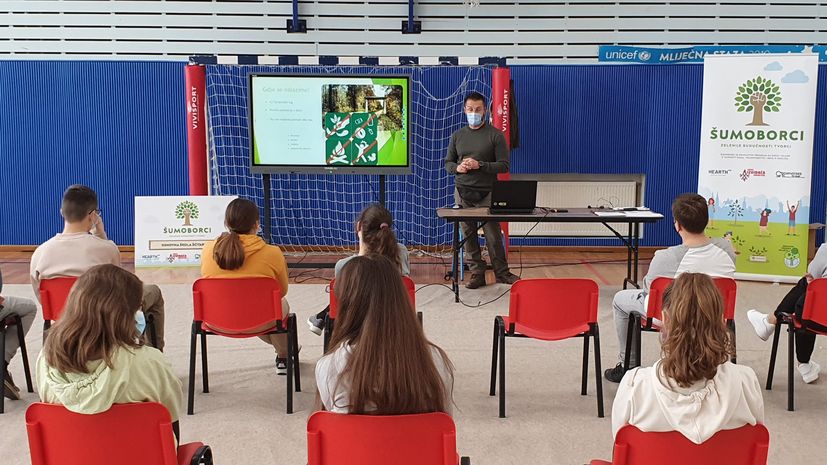 According to the organizers, the CO2MPENSATING BY PLANTING project is the first of its kind in Croatia and the entire region, and is intended for companies, institutions and other organisations, but also for all other interested parties who want to compensate for CO2 emissions and neutralise their own carbon footprint. a positive example of caring for the environment and the community.

The project is sponsored by the US Embassy in Croatia, the European Parliament Office in Croatia and the Ministry of Economy and Sustainable Development. The technological sponsor of the project is GIS Cloud.