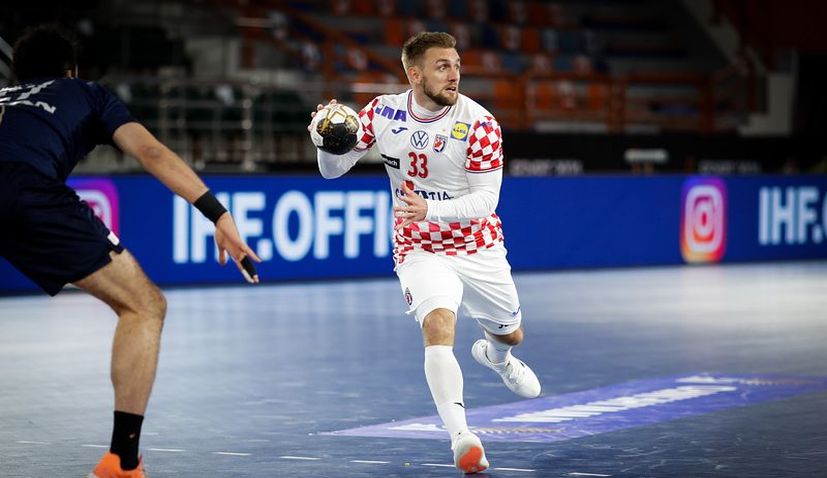 17 January 2021 – A 29-29 draw against Japan in the opening match of the 2021 World Men’s Handball Championship in Egypt on Friday was not, unfortunately, the only bad news for the Croatian handball team.

More bad news arrived the day after the match when it was confirmed that one of Croatia’s key players, Luka Cindrić, would take no further part in the tournament after injuring his groin.

This is an injury which had plagued him before, and therefore he must say goodbye to further appearances at this World Cup,” the Croatian Handball Federation (HRS) confirmed.

“Unfortunately, this is the third big competition in which Cindrić has had problems with injuries. Although our medical team in Alexandria did everything they could, there was no help. Croatia, like all other national teams, is in the so-called “Bubble”and a detailed diagnosis here, unfortunately, is not possible, so it was decided that Cindrić will return to Barcelona and continue treatment there,” HRS said.

Coach Lino Červar has decided to call up Janko Kević to replace Cindrić.

Next up for Croatia is Angola today. Their last group match is against Qatar on 19 January. The top three teams in the group qualify for the next round.