Winners at the 2018 Grammy Awards last night, Portugal. The Man will perform in Croatian for the first time this summer when they headline INmusic festival.

Portugal. The Man won a Grammy last night for pop/duo performance for their hit ‘Feel It Still’, which last year spent a record 20-plus weeks at the top of the Alternative Songs Chart.

Portugal. The Man was founded by high school friends and Anatomy of a Ghost bandmates, John Gourley and Zach Carothers in Wasilla, Alaska in 2004.

Having already penned the ‘bigger than life; band name and relocating to Portland, Oregon, Portugal. The Man started recording demos and touring the US, releasing their debut album Waiter: ‘You Vultures!’ in 2006.

In a riveting production pace, Portugal. The Man released four more albums independently and available for free download – Church Mouth (2007), Censored Colors (2008), The Satanic Satanist (2009) and American Ghetto (2010) – each album presenting their distinctive take and experimentations with various genres, from alternative rock and psychedelia to blues and pop. 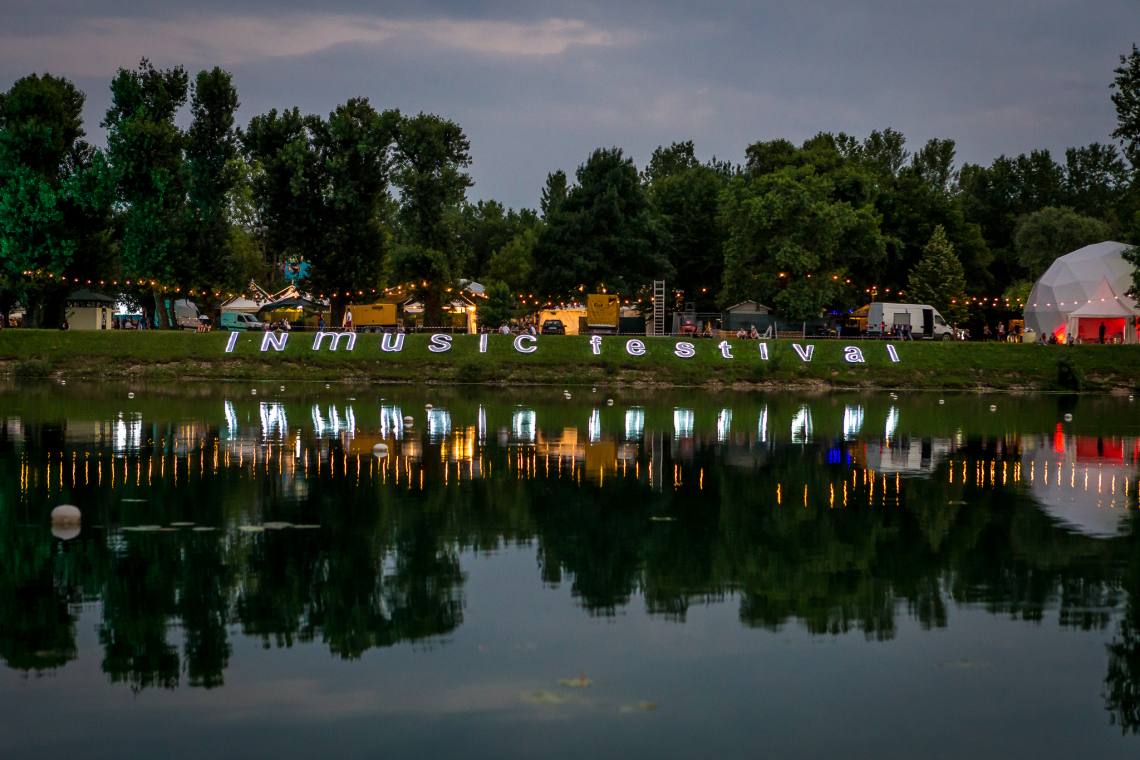 After years spent slowly growing their underground base and relentless touring, in 2010 the band signed with Atlantic records which catapulted their career to the international scene. In the Mountain in the Cloud was released in 2011 embracing a distinctive psychedelic pop-rock sound and landing Portugal. The Man the support slot for The Black Keys European tour that same year.

In 2013 the band started work on their follow up album with Danger Mouse as the producer – Evil Friends was released the same year to critical acclaim and commercial success. Known for their work ethic, Portugal. The man returned to the studio in 2014, this time backed by Beastie Boy Mike D and started recording new material.

Three years later, with enough recorded material to issue two albums, initially announced for release as Gloomin + Doomin, Portugal. The Man pull an unexpected move and discard all of the previously recorded material and decide to start work for their eighth studio album again from scratch.

The risk was obviously worth it – the band was motivated to say something meaningful about the world that surrounds us, but with optimism and heart, so they gathered all their previous producers and collaborators in the studio and created just that – an album full of heartfelt songs for our place in time. 2017 welcomed Woodstock, the bands eight and most successful album to date, and a Grammy-winning hit single Feel It Still, proving that heart and guts in music is what always finds its way to the audience and critics alike. Portugal. The Man’s long-awaited Croatian live debut will surely be a feast for the ears and another great addition to the already impressive line up of INmusic #13.

INmusic #13 will take place at the Isle of Youth in Zagreb’s lake Jarun from June 25th to the 27th, 2018. Portugal. The Man will be joining an impressive set of rock greats – Queens Of The Stone Age, Nick Cave & The Bad Seeds, Alice In Chains, David Byrne, The Kills, Frank Carter & The Rattlesnakes, and many more names to be announced.

Festival tickets are available online via the official festival webshop for 53 EUR as well as seven day camping tickets for 33 EUR.