Home » Entertainment » 20 teachings and words of wisdom from my grandmothers 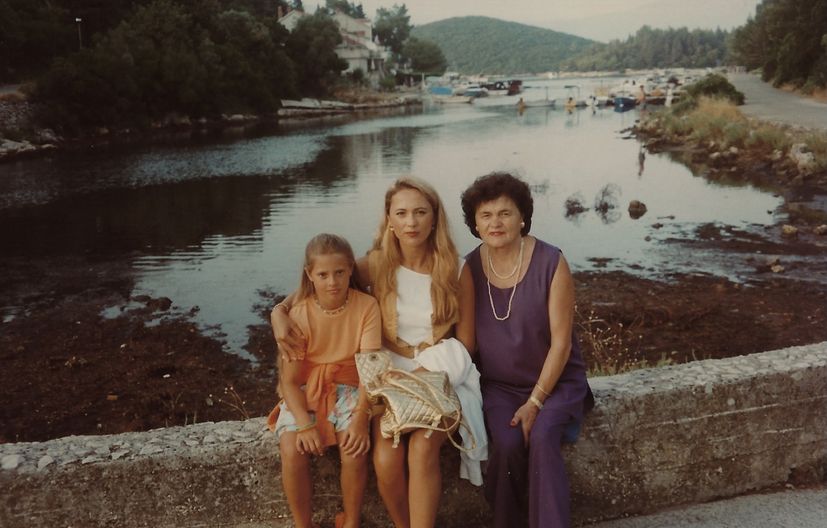 Me, my mum and my Baba Vjeka on the island Korčula

As we all know, we are living in such an unprecedented time with much uncertainty. In the last year or so, I have spent much time reflecting upon and finding comfort in the memories and teachings shared with me from both of my Babas (grandmothers). Their connection to the Adriatic Sea, wisdom, love and the sense of belonging they instilled in me, has inspired me to write a children’s picture book My Grandma is Like the Sea. A book which nurtures the wonders of our children, whilst valuing the wisdom of the elderly. And at the heart of the story, through the boundless sea, makes us feel connected and loved no matter where we are in the world. 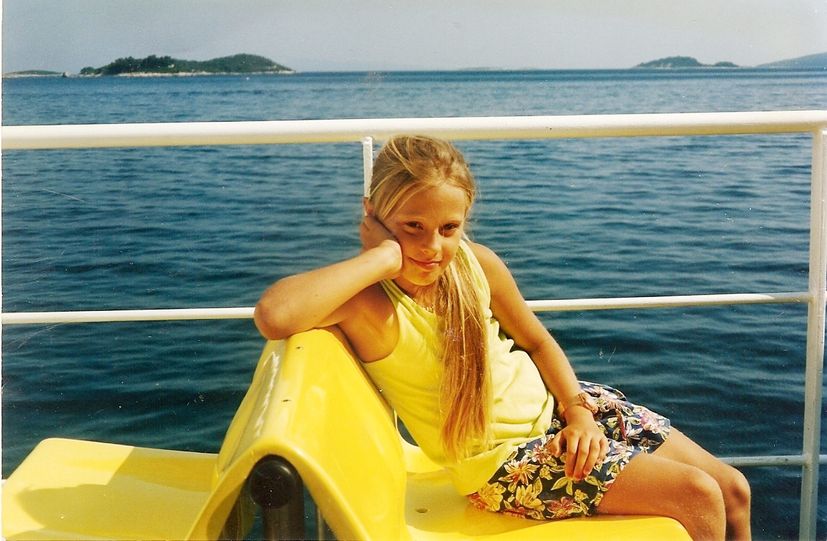 Me as a young child on the ferry to Korčula

My late grandmothers were both from the island of Korčula on the southern Dalmatian coast in Croatia. Similarly, both Babas left their place of birth with their children to establish a new way of life in Sydney, Australia. The husbands already having arrived some time prior in order to work. My paternal Baba Ćeska arrived in Sydney in 1967 upon travelling on the ship Angelina Lauro. I remember the song she’d recite from her travels on the vessel, ‘Angelina la regina del mare, l’acqua stella…’ Roughly translated as ‘Angelina you are the queen of the ocean, sparkling water…’ My maternal Baba Vjeka arrived in Sydney in 1971. 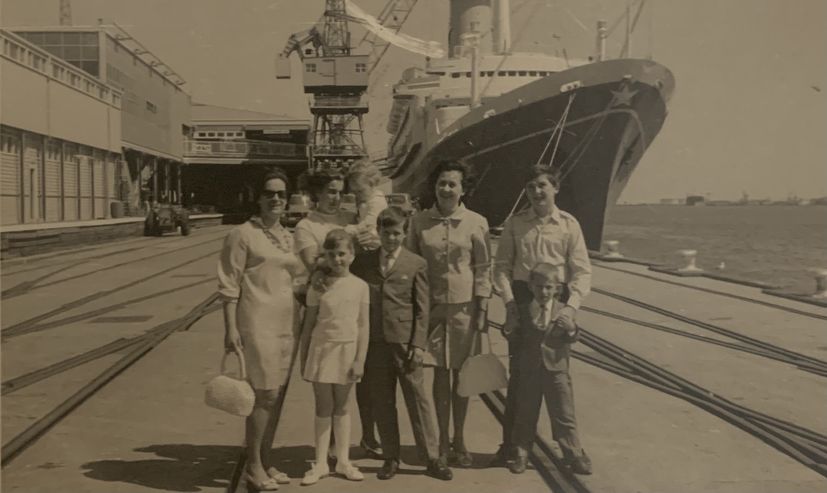 My dad, his mother (Baba Ćeska) and brother on the Angelina Lauro ship to Australia in 1967

Both families planned on returning back to the motherland after a few years. This did not eventuate as soon as they had planned, but their love for their place of birth never faded. Although, my paternal grandparents moved back to Croatia in the early 1980s. I have shared a brief background story; but this article will more specifically capture the teachings of both Baba’s. So here we have it, 20 teachings and words of wisdom from my late grandmothers.

1. ‘Work every day like you will live forever; live every day as though it’s your last.’

2. ‘Uzmi kako ti dođe.’ I see this as an acceptance of what comes your way, with free will giving us the power to respond accordingly.

3. A more well known phrase around the world which was also shared with me from my Baba’s is as follows, ‘God helps those who help themselves.’

4. ‘Bog pomogo dosta ručica, a ubio dosta guzica.’ Basically, God will help those who work together, but not so much those who do not put in the effort. 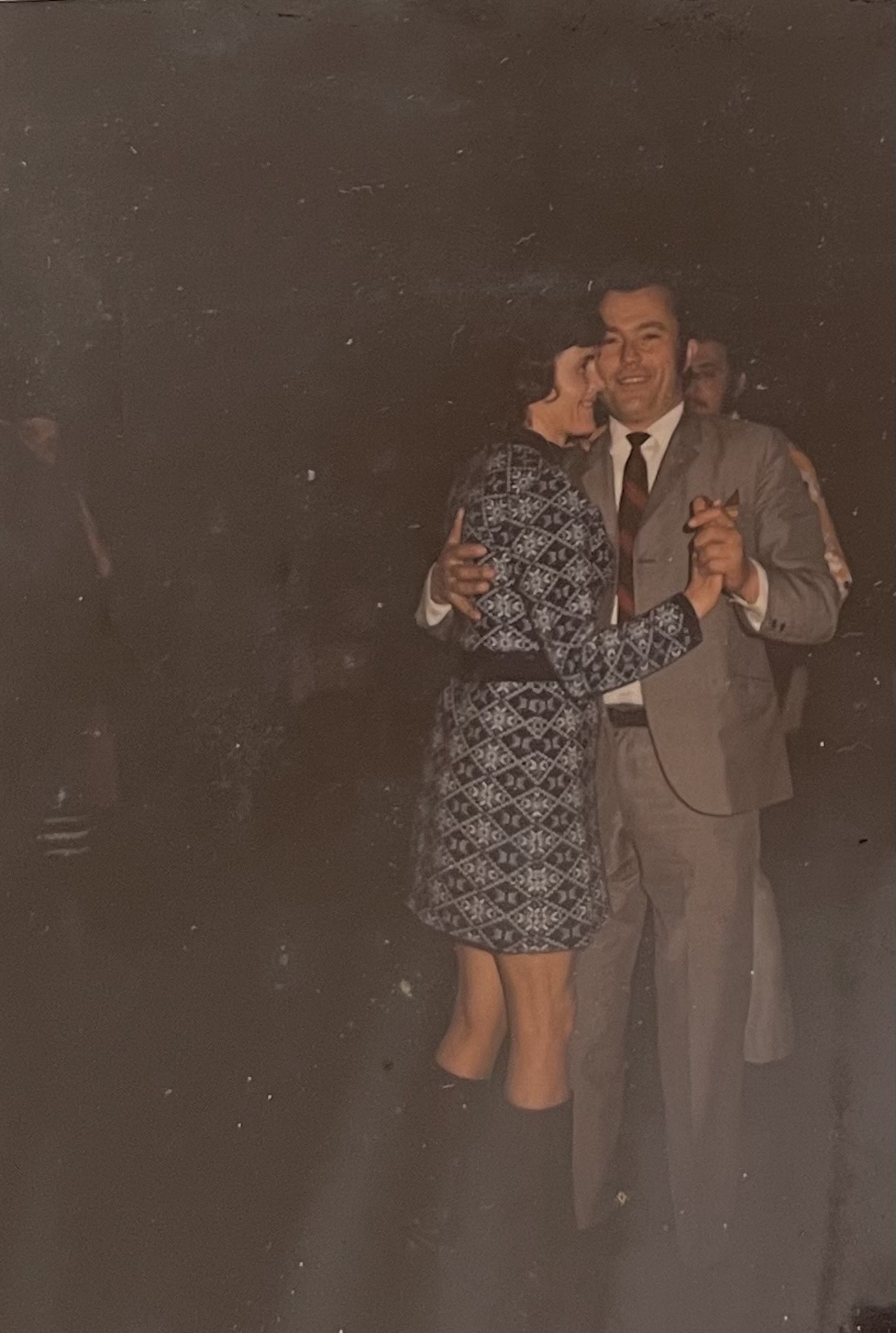 5. ‘Sve pomalo.’ In other words ‘take it easy.’ Sometimes this teaching would be a walking contradiction though. Both Baba’s never stopped giving selflessly to others, even if it was at lightning speed!

6. ‘Složna braća kuću grade, a nesložna razvaljuju.’ This means that brothers who get along together and come to an agreement on everything will build a house, and brothers who do not agree with one another will destroy a house. This teaching extends to working with others peacefully and being peaceful with the neighbours. 7. ‘Singing and laughter is medicine for the soul.’

8. ‘Notice your fingers. They are all different. Different shapes and sizes. Just like us humans. Each to their own. Everyone has their own ways. But see your fingers, they are all connected to the one hand. So have respect for people.’

9. ‘Triba zaviriti u svoj džep pa ćeš naći mrvica.’ This translates to ‘you must look in your own pocket, and there you will find a crumb.’ This is similar to when you point a finger at someone else, there are three pointing back at you. As humans, we all have our own flaws; no one’s perfect.

10. ‘Easy come, easy go.’ This one is rather well known around the world.

11. ‘Better late than never.’ Again, most people will be familiar with this one.

12. A rather motivational saying from my Baba’s is as follows, ‘never say you can’t do something. Rather learn to do that very thing!’

13. ‘Zrno po zrno pogača, kamen po kamen palača.’ This translates to ‘grain by grain you can make bread, stone by stone you can make a palace.’ I see this as small efforts day in day out eventually accumulate to larger amounts. Or, work hard and you will achieve your dreams. 14. ‘Happy, happy.’ Literally, that’s it. Sounds so simple, but in practice it may not always be. I believe that both of my Baba’s had amazing grit and strength to maintain a sense of composure and contentment despite any struggles. My Baba Vjeka was one of 9 children. My Baba Ćeska was one of three children, with her father leaving to work in New Zealand.

Furthermore, during the Homeland War, my Baba Ćeska’s house in Mali Ston got shelled. She persevered through everything with a brave face, and taught us to value the simple things in life.

15. ‘Blood is thicker than water.’ This proverb has been around for a very long time!

Generally speaking, the below two sayings are quite standard amongst most Croatians. I’m sure many people can relate and have a little laugh!

On a more serious note, grandparents embody such wisdom in society. It’s important to respect and value them. The unconditional love that grandparents share with their grandchildren is at the foundation of My Grandma is Like the Sea; with the sea being a metaphor for that love and support. The story follows a little girl and her grandmother who explore the sea and share unconditional love. Me and my book MY GRANDMA IS LIKE THE SEA availabilities as follows;