Here are 20 dining options from all over the world in Zagreb: 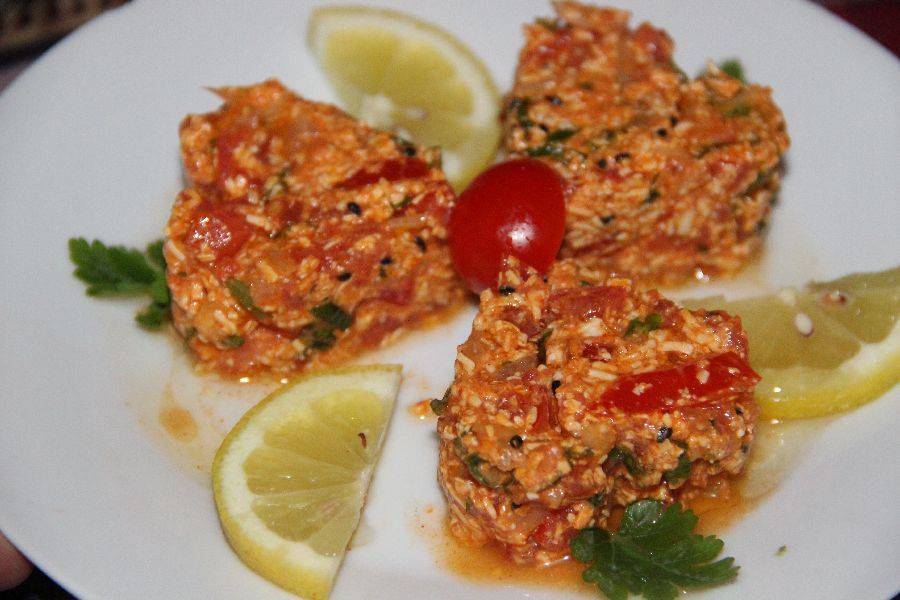 To enjoy Arabian nights in the middle of Zagreb, you should visit this restaurant in Radnička street (48). Not only can you taste delicious Lebanon food, such as sujoh, falafel, sambusic, kibbeh (fried veal and wheat filled with lamb and pine nut), but also enjoy orient music and exotic dancers. Their typical traditional dishes are usually based on fruit. vegetable, fish and lamb. 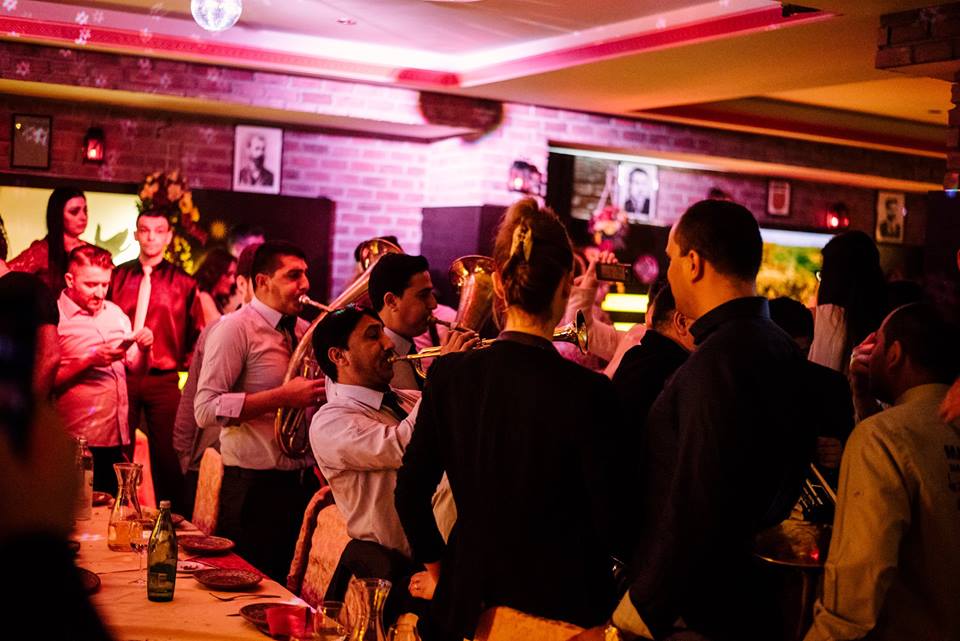 Macedonian cuisine and dishes such as barbecue and turli tava ( vegetable and meat stew) guarantee the best experience of Macedonia in this city. Even though cozy and intimate, in combination with trumpeters it might offer quite a dynamic evening in the King Zvonimir Street 78. 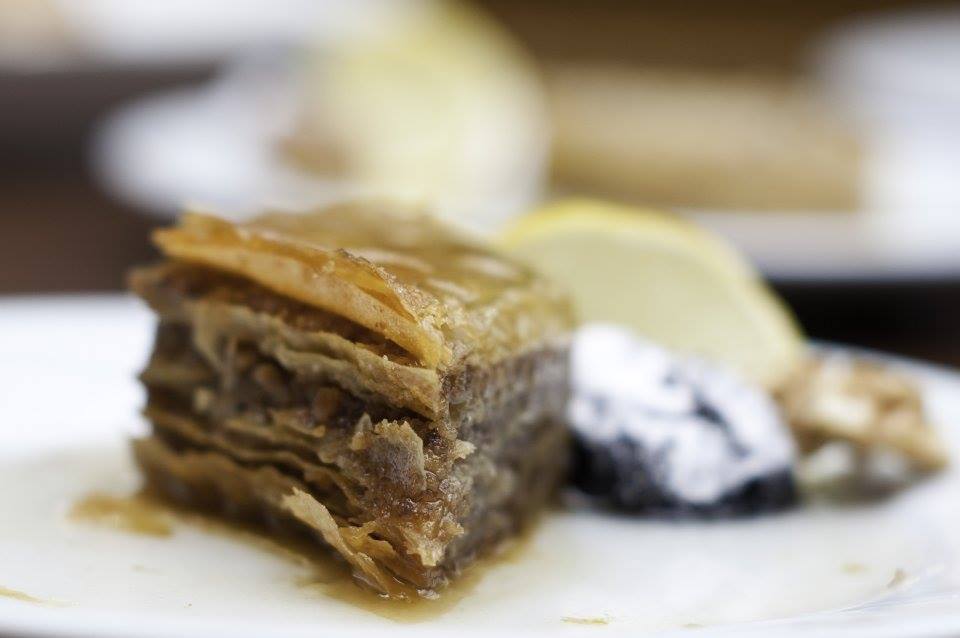 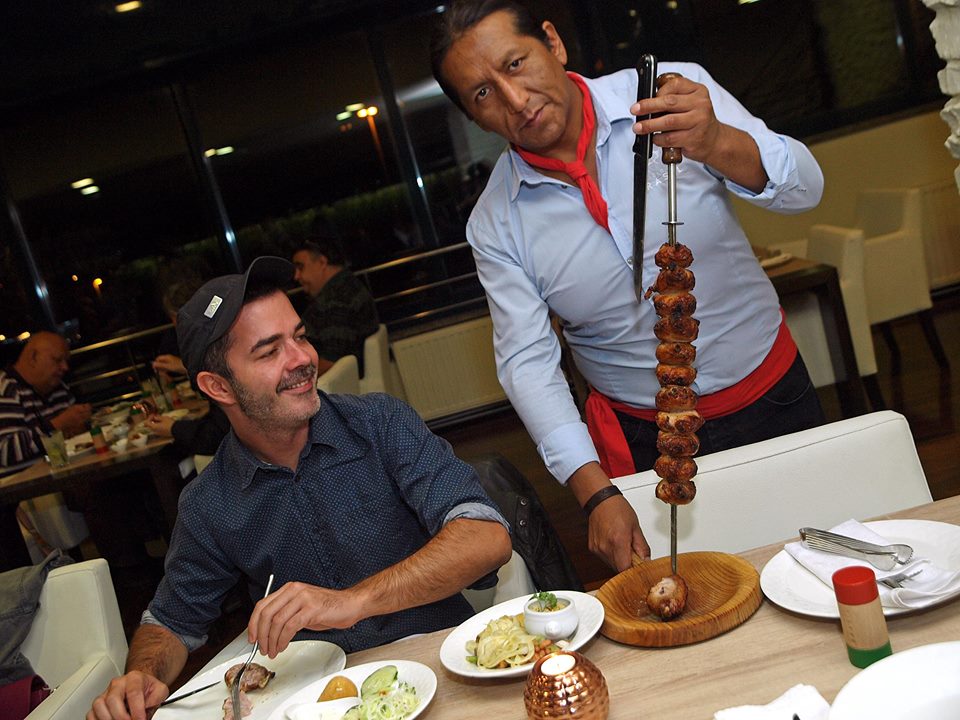 Rodizio do Brasil, located on Selska 215 (where pizzeria Baschiera 2 was located), serves the best of Brazilian cuisine, including traditional churrasco barbecue, caipirinhas and other delicacies. The restaurant, which has Brazilian chefs, has an ‘all you can eat’ concept, where guests are regularly served meat from skewers until they have had enough.

Asia restaurant on Augusta Šenoe street in downtown Zagreb was the first Asian restaurant to open in Zagreb. This year the restaurant celebrates its 25th anniversary. They do a very good hot and sour soup and the menu offers the usual classics such as spring rolls, dim sims, tie pan, Szechuan beef, sweet and sour pork, crispy chicken and duck. 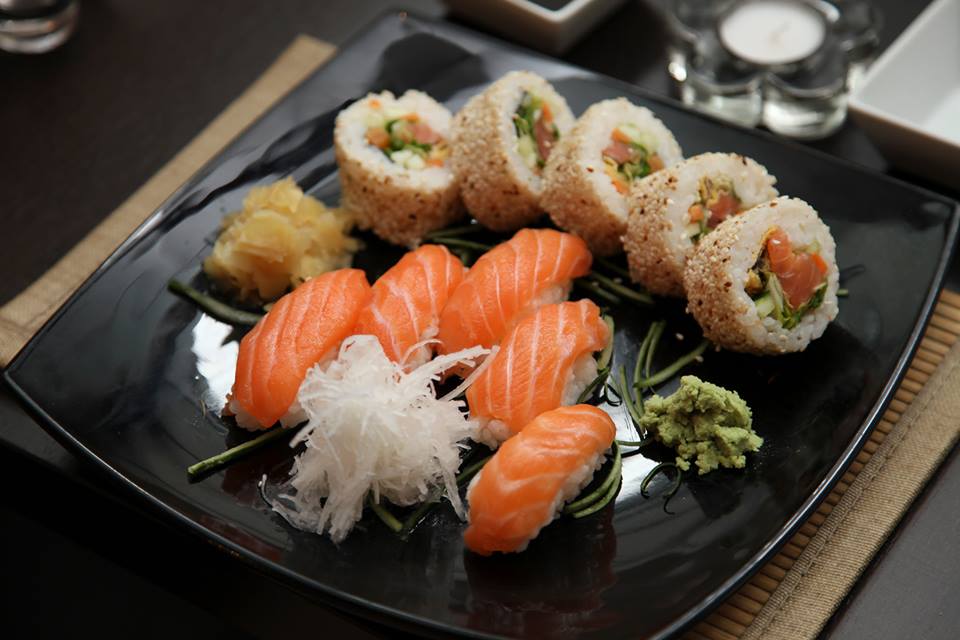 All different kinds of sushi, tempuras and warm meals in a cozy ambiance, make Manzoku Sushi Bar one of the popular places in Zagreb. You can choose between the locations in Radnička, Bukovačka and Teslina street. The chefs use fresh ingredients and fish to make some of the best teriyaki rolls and nigiris in the city. They also have take-outs and deliveries.

Situated near Kaptol centre and on Radnička street, Takenoko is one of the stand-out Japanese restaurants in Zagreb. The sushi, sashimi, tuna and spring rolls are particularly good, as is the service and ambience. Part of the reason the restaurant has been a success is down to chef Mota Machizukia, who ran the kitchen from day one. 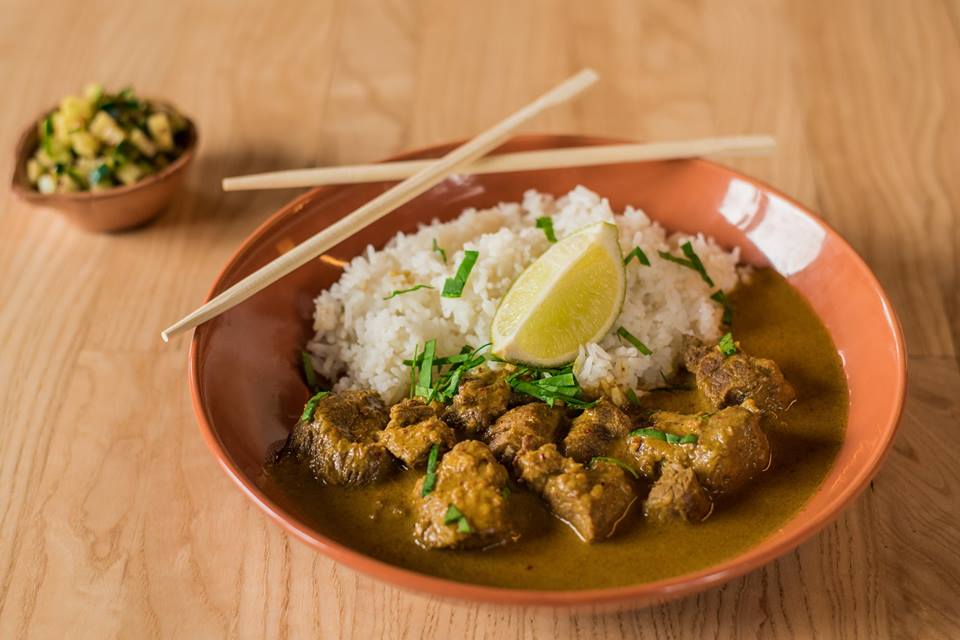 Umami is the fifth kind of flavor. Not sweet, not salty, nor bitter and not sour. This one comes from the ingredients used in this restaurant settled in Skalinska street. Falafel, curry meals, pad thai and yakitari for affordable prices make this place one of the most favorite fast food restaurants in Zagreb, so far – so stay good.

With the increased interest of Korean tourists to Croatia, a couple of Korean restaurants have opened in Zagreb recently. One of those is Cro.K Korean (Pod Zidom 4). Soups, Korean bbq right on the tabel and BIbimMemil, buckwheat noodles with vegetables in chilly sauce, are some of the options on the new menu. Cro.K Korean have recently extended its vegetarian range. 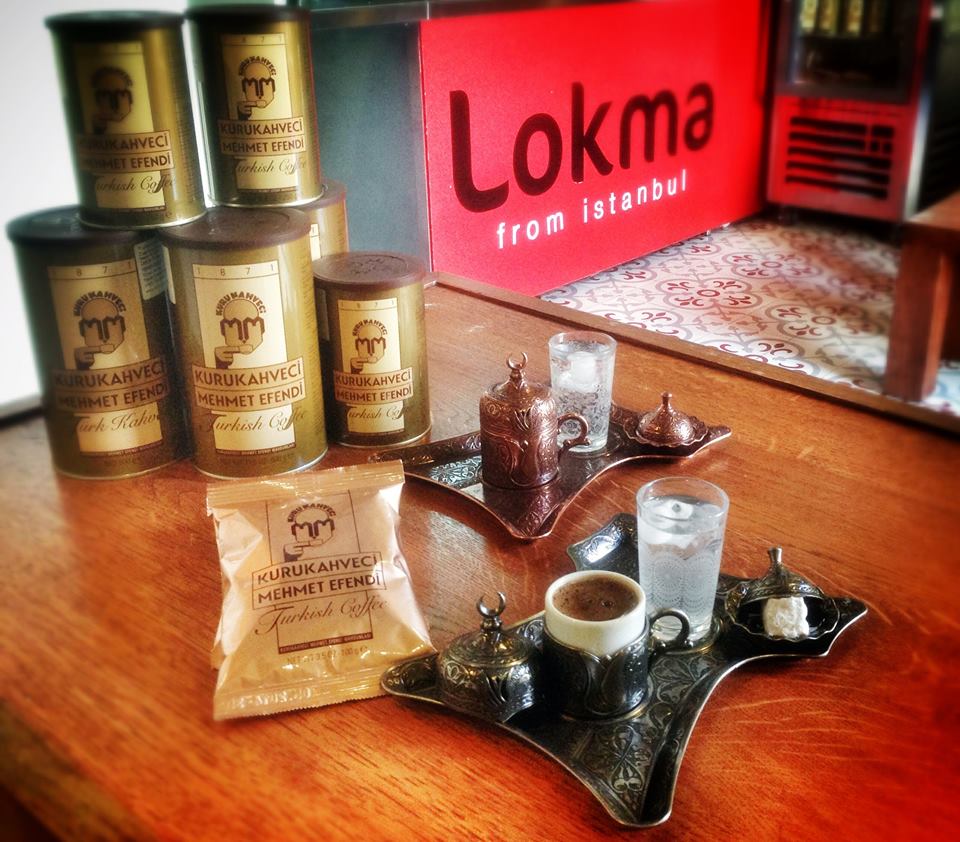 Only the best ingredients and original Turkish spices are used to create authentic Turkish dishes in the centre of Zagreb, Tkalčićeva 59. Delicious meals such as tavuk sis kebap, sigara boregi (pastry dish filled with cheese or potato with onion – similar to bureg or burek outside of Turkey, but it is not 🙂 and irmik helva ( sweet pine nut pastry with vanilla ice cream) are all fast, but not simple, very rich in taste and colour. 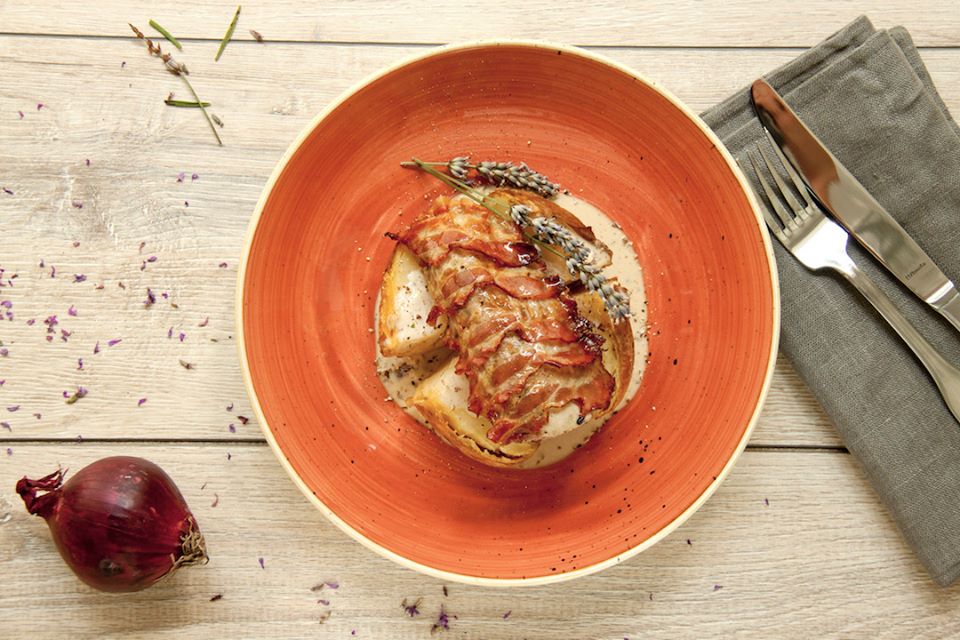 This is old Zagreb word for a living room, and today this restaurant offers cozy atmosphere where you can taste delicious Ukrainian recipes. Varenykyi ( traditional Ukrainian dumplings filled with pork), homemade bread with fried onion or figs and plums and mors (Ukrainian and Russian cranberry beverage) will make a great lunch or dinner in the King Držislav street number 3. 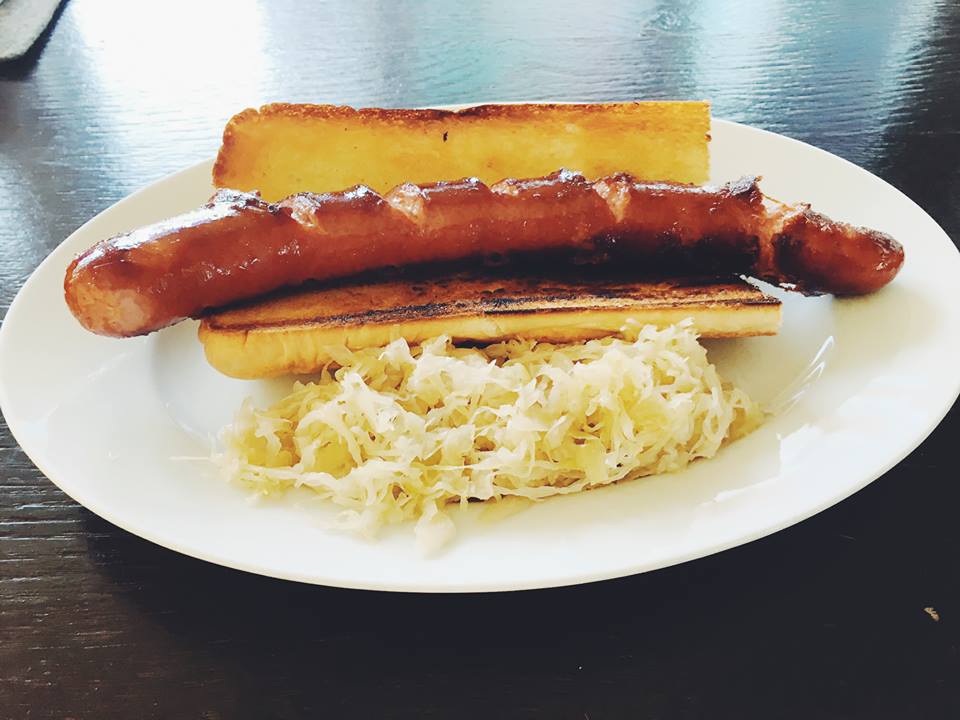 This restaurant is settled in Radnička street and offers some of the best traditional Bavarian meals and of course Paulaner beer. Here you can find famous white sausages ( Weisswurst) and delicious desserts such as Kaiserschmarrn.

Royal India, located metres from Zagreb’s famous cathedral won’t disappoint fans of Indian cuisine. The menu has a good range of startes such as samosas, chicken and fish pakoras, a number of different soups and salads, as well as traditional favourites like the tasty murgh tikka, butter masala, rogan josh, saag gosht, prawn masala and vegetable platter. You get to select how hot you want your curry on a 1-5 scale. A range of naans and desserts can all be washed down with either a lassi or Indian beer.

There are a number of Italian options in Zagreb but one worth checking out is Ristorante Carpaccio on Teslina street. They serve a good selection of carpaccios such as beef, tuna and salmon, soups, appetizers and salads to get you started. Great selection of pastas and Italian wines and cheeses also.

Situated at number 12 Andrije Hebranga street not far from the main square, Karaka Pirate is one of the top-rated Mexican restaurants in Zagreb. The decor at the pirate-themed restaurant is pretty cool and helps create a good atmosphere. Enchiladas and Burritos and reasonably priced for the portion sizes.

Another addition to the international cuisine offering in Zagreb is the Russian restaurant The Pushkin’s Office on Boškovićeva street. Of course Borscht is on the menu as well as other soups and favourites like hunter’s stew, Siberian pelemni, kebabs, Shashlik, Cossack-style steak and Russian pancakes.

The Sri Lankan Curry Bowl, run by two Sri Lankan brothers and located on the happening Tkalčićeva street in downtown Zagreb, has only just opened its doors. The restaurant offers a number of traditional Sri Lankan dishes including Kotthu Chicken, Devile’d Beef, and Curry Chicken. Opening reviews have been decent. 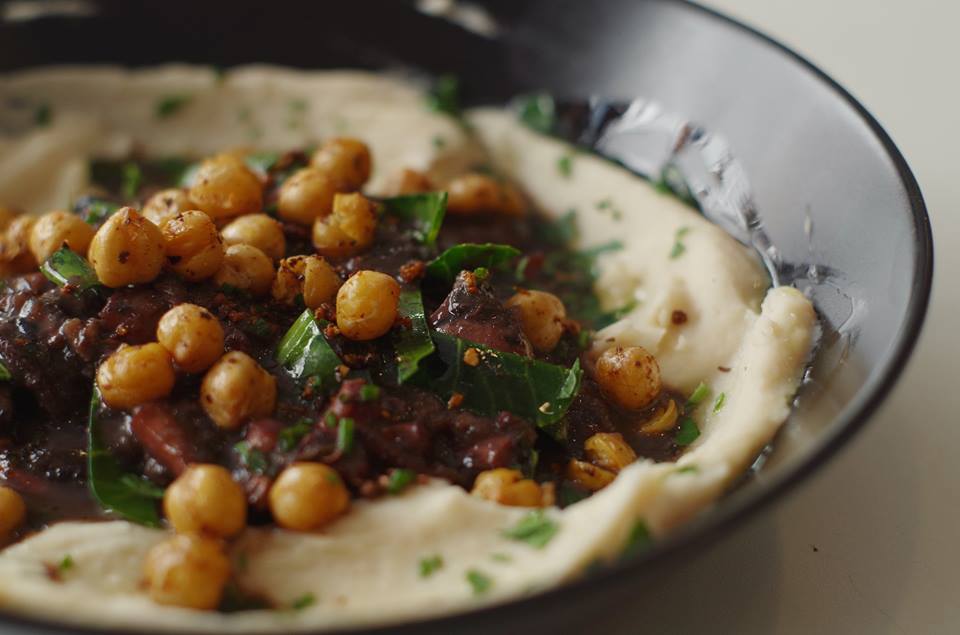 Near Ban Jelačić Square in Petrinjska street you can find one special restaurant: “Our definition of street food: High quality ingredients prepared and presented with total freedom and love.” The menu changes on a daily base which offers a unique experience. It is a mixed cuisine from all over the world, so you never know what to expect. 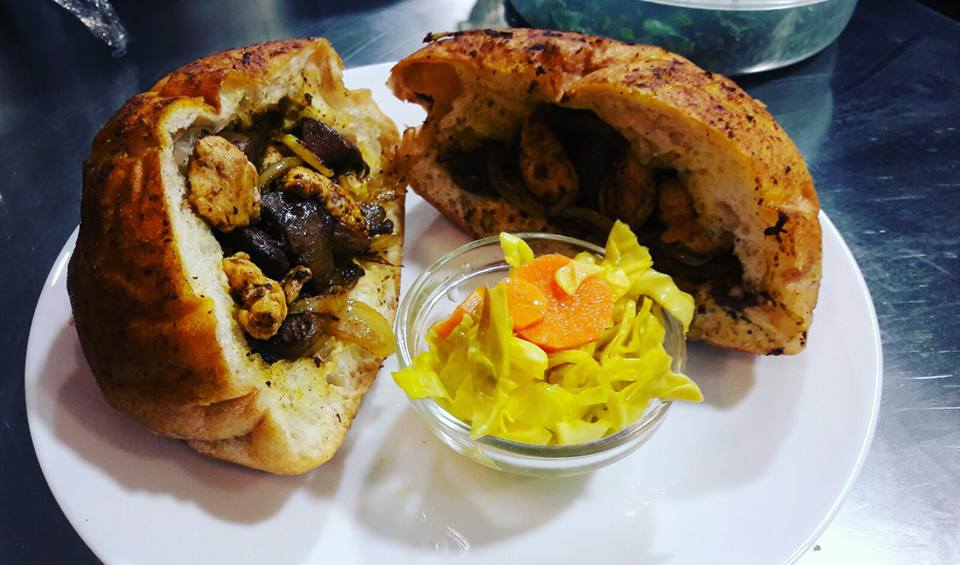 Kako da ne is an international restaurant and cafe in Tklačićeva 59 that serves mostly Israeli and Moroccan cuisine. Falafel, shakshouka (eggs in a tomato sauce with a lot of spices), chraime and malabi (Israeli rose water pudding) are only some to taste in this intimate little place.