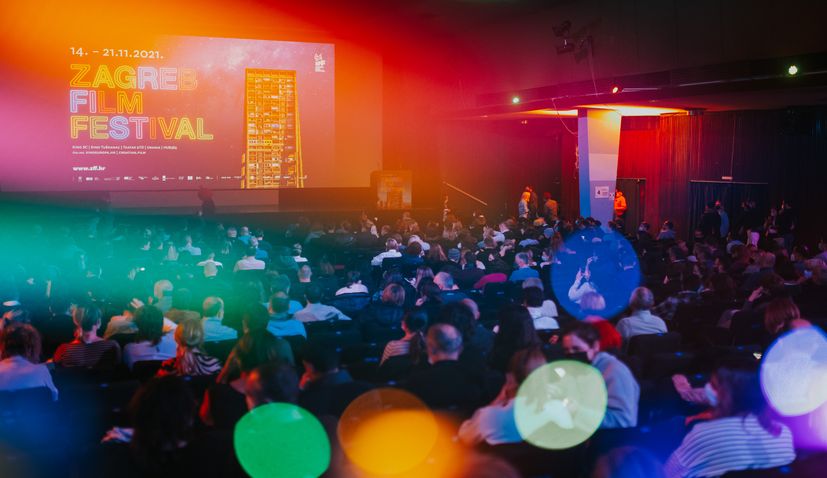 On Saturday, November 20, in SC Gallery, awards were given out for best short films and feature films of this year’s Zagreb Film Festival, as well as the 6th KinoKino festival.

The jury for feature films, made up from Katia Pascariu, lead actress in Bad Luck Banging or Loony Porn, Ivan Ikić, director of last year’s winner Oasis, and acclaimed cinematographer Vanja Černul, awarded the Golden Pram for best feature film to the Austrian-German film Great Freedom by Sebastian Meise. The jury explained its decision: Through the language of cinema, this movie expresses the ability of the human spirit to transcend physical confinement. The film asks the question “what freedom is and can we create our own”. The two unlikely heroes show us how to find love even in the worst moments of our recent history.

The winner of special mention in the international feature film competition was the Croatian film The Staffroom by director Sonja Tarokić. The film uses the educational system as a metaphor for the society at large and one woman’s struggle to disrupt it. This Bold, Altmanesque approach to film-making tells this story through a fast-paced visual rhythm. Many great individual performances are making this movie a true ensemble piece, said the jury. 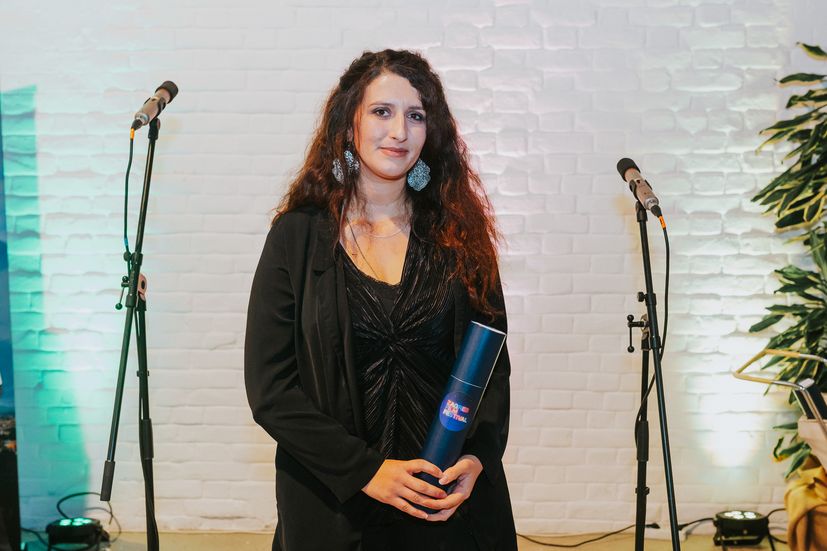 Director Sara Grgurić, last year’s Checkers winner (In the Woods), Slovenian director Rok Biček (Class Enemy – ZFF 2014), and Ivan Bakrač, director and selector of the Herceg Novi Film Festival.  The Golden Pram for best international short film goes to the Macedonian-Russian film North Pole by Maria Apchevska. The jury concluded: Minimalistically, minutely, and masterfully directed, this film is a true depiction of the delicate life period we can all relate to, and through which we realize there is no need to rush growing up in the moment when our youth is most innocent.

Special mention in the international short film competition goes to the Ukrainian Dad’s Sneakers by Olha Zhurba: Special mention goes to a film which shows in a very emotional way a child’s unconditional love towards its parents, even when it’s unrequited. Told through a complex topic of adoption, the director successfully proves how some things cannot be bought with money and that compelling honesty is hard to control with conventions imposed by a harsh system.

The Golden Pram in Checkers, the competition program for Croatian short film goes to the Fall of Our Summer by Karlo Vorih. The jury concluded: The main award goes to the film about the generation which doesn’t know how to clean fish, maintain relationships with parents and partners, but can masterfully write, direct, act, and edit a film. This award goes to the film Fall of Our Summer by director Karlo Vorih and his well-coordinated team, whose next film we eagerly await. 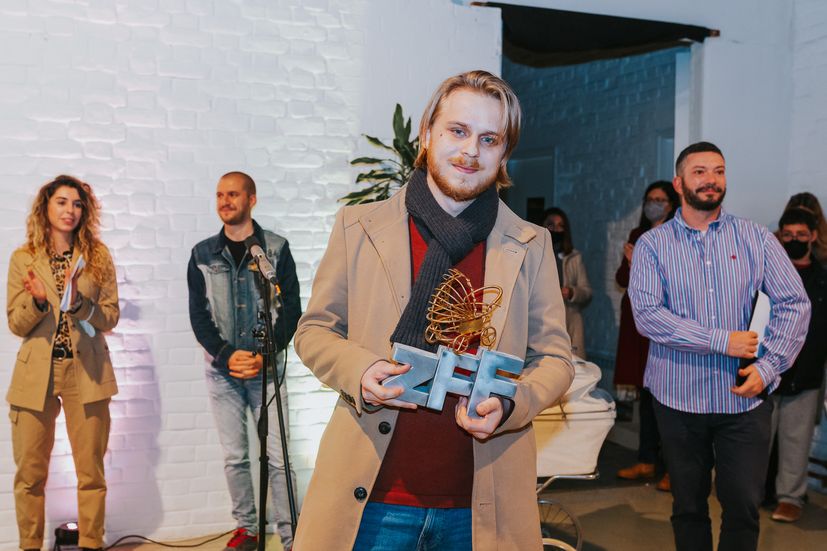 Special mention in the national short film program goes to Everything Ahead by Mate Ugrin. The jury explained their decision: There are places which people want to leave at all costs, but where some decide to stay. Through hypnotic atmospheres and spaces, the director shows us just such a place and through an innocent lie of his protagonist brings us closer to the desolation of emotional and physical life on an island.

KinoKino, whose 6th edition was held within the Zagreb Film Festival, also awarded its prizes. The professional jury for the KinoKino festival was made up of actress Iva Babić, director Saša Ban and Dubravka Zima, professor and expert in children’s literature. The jury awarded Sisters – The Summer When We Found Our Superpowers by Silje Salmonsen and Arild Østin Ommundsen as winners. The film we awarded the prize to is an example of a conceptual film for children which uses a smart and sensitive way to talk about archetypal topics of children’s culture: about life’s challenges, real and symbolic chasms in which children and grownups can find themselves in and from which we must get out of either alone or with the help of others. Immersed into children’s culture, especially fantastical and mythical, this film demonstrated direct and natural acting by its little female protagonists, and the story about a child who saves an adult was told by a film language which can be understood by audiences ranging from 6 to 106 years old. 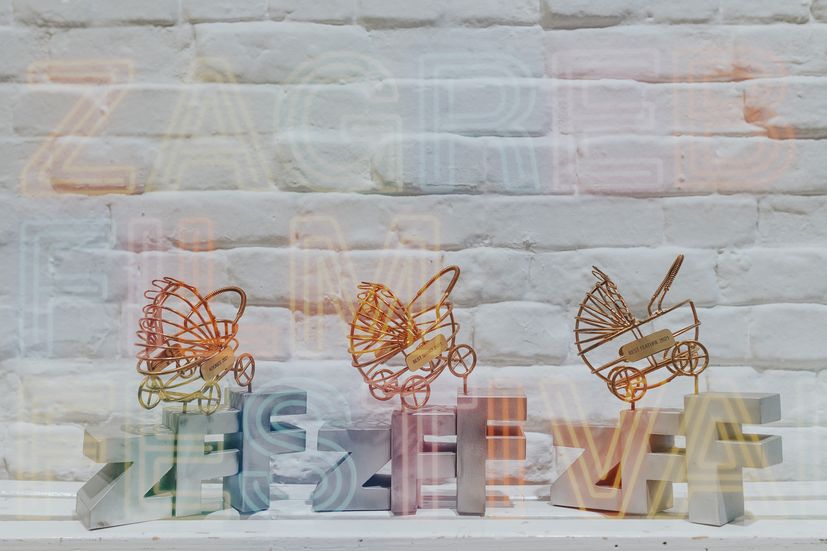 The children’s jury of KinoKino, whose members are primary schoolers from Zagreb, Jan Nikola Baš, Sara Čolaković, Marta Mikac, Ursula Pavić, and Rita Vukmirović, awarded its main prize to the German film Mission Ulja Funk directed by Barbara Kronenberg, explaining: We have long debated about this decision and were hesitant, but in the end we came to a decision. We chose the film which follows an absurd adventure, but also family issues which are hard to run away from. We chose this film for its unique topic, interesting message, exciting plot which we enjoyed and because it is suitable for all ages.

Special mention of the children’s jury went to the Finnish Film, Any Day Now directed by Hamy Ramezan. The acting in this film was fantastic. In 82 minutes, this film shows all the important aspects of life: love, friendship, family connection despite all obstacles. This film, although serious and speaks about the subjects many are not familiar with, is intended for all ages. Even though the film did not win the main award, it is important to spread the word about it because it is truly unique.

The audience award winners from the Together Again and KinoKino festival will be announced after votes are counted on Monday, November 22.