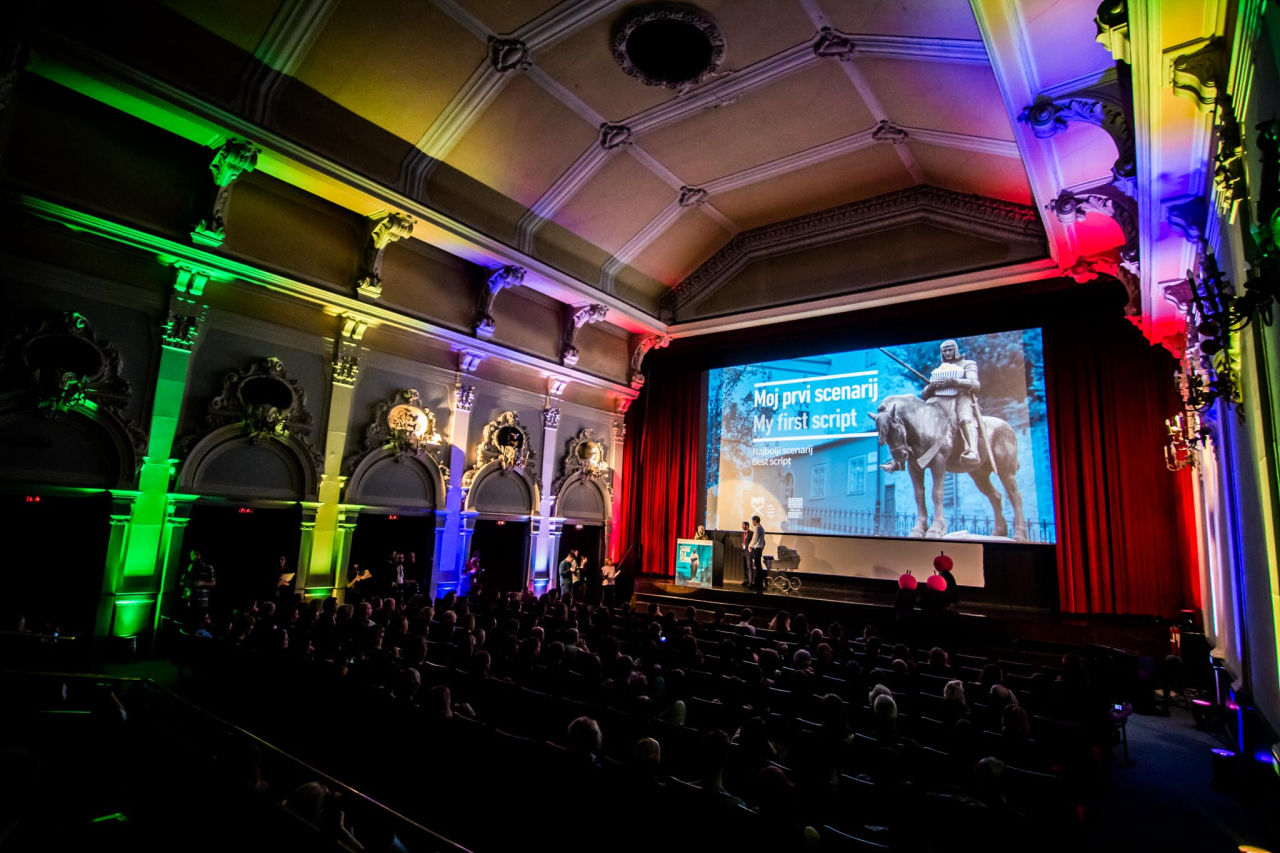 The 15th edition of Zagreb Film Festival will take place from 11-19 November 2017 in the Croatian capital.

A selection of the most interesting short and feature films from all over the world will screen at several locations across the city, but mostly at cinemas Europa and Tuškanac, Museum of Contemporary Art, F22 – New Academic Scene, and Europa Cinema’s Müller Hall, during the nine festival days.

Running for the Golden Pram will be 13 features, 10 international shorts and 10 Croatian shorts in the Checkers section.

Boris T. Matić focused on the special features of this year’s feature fiction COMPETITION selection: “We have a noticeable number of socially engaged films, which clearly indicates that the global situation is driving filmmakers to tackle the topics that point to the current decay of different democratic rights we often take for granted.

However, in selecting the titles we were led by the wish to present Zagreb’s audience with the films whose subject matter is very much pertinent to our environment. The exciting drama God’s Own Country focuses on LGBT love in rural England and has already been called the Yorkshire Brokeback Mountain by the critics. Director Frances Lee won a Jury Special Mention at Sundance. Debut director Ali Asgari, already compared to the great A. Fahradi, in his film Disappearance examines the issue of the abortion ban.

The challenges of illegal immigrants are in the focus of the Danish film The Charmer by Milad Alami, while the Australian director Jeffrey Walker and his film Ali’s Wedding humorously speaks about the problem of the second generation of Iraqi immigrants and the clash with the Muslim tradition. The Singaporean Oscar candidate film Pop Aye, on the other hand, describes people’s relationship to animals – this unusual road movie starring a man and an elephant won the Jury Special Mention for screenplay at Sundance.

The 15th edition of ZFF officially opens with The Divine Order, a film that amusingly depicts an infamous detail from the Swiss history, the fact that women were not allowed to vote in the election until 1971. Adopting the approach of an easy-going drama, director Petra Volpe describes how quiet rural housewives became suffragettes, determined to fight for their right which had been denied them longer than any other nation in Europe.

The absurdity of the militarist culture is in the focus of the powerful (post-)war film Foxtrot by Samuel Maoz, the winner of the Jury Grand Prix in Venice. His acclaimed and award-winning debut Lebanon won a Jury Special Mention at the 7th ZFF. The main competition also includes the film Montparnasse Bienvenue by Léonor Serraille, which earned her the Camera d’Or in the section Un Certain Regard in Cannes, making her the second woman ever to win this prestigious honour.

Minorities in a macho environment through the character of teenaged Pio from a small Roma community in Calabria is the focus of the Italian Oscar candidate, Ciambra by Jonas Carpignano. Arriving from France to Zagreb will be the director Xavier Legrand and his film Custody, the winner of the Silver Lion for directing in Venice, a thrilling drama about a struggle for legal custody over children. Other films in the selection also deal with masculinity, often toxic both to men themselves and their environment.

These are Winter Brothers by Icelandic director Hlynur Pálmason, about the miners’ community in the north of Denmark, and the Argentinian film Hunting Season by Natalia Garagiola. This drama about male coping with loss premiered at the International Critics’ Week of the Venice Film festival, winning the Audience Award. Veterans and the consequences of PTSD are the centre of two Bosnian and Herzegovinian films in the main competition: Men Don’t Cry by Alen Drljević, which has already won a Jury Special Mention in Karlovy Vary, and The Frog by Elmir Jukić, a debut title winning the Audience Award at Sarajevo Film Festival.

Apart from feature films, short film are also running for the Golden Pram. THE INTERNATIONAL SHORT FILM COMPETITION includes ten films from all over the world, from Bosnia and Herzegovina and Hungary to Brazil and New Zealand, while the Croatian short film competition, CHECKERS, consists of 10 titles, including the latest films by Antoneta Alamat Kusijanović, Tin Žanić, Juraj Primorac and Judita Gamulin.

The jury consisting of the following members will be judging the feature entries: Peter Brosens, director, Peter Rommel, producer, and Lana Barić, actress. The best international short film and the best Checkers entry will be decided at the discretion of Saša Ban, director the last year’s Checkers winner, Alejo Franzetti, director, and Cătălin Cristuţiu, editor.

Selma Mehadžić presented other competitions and special programs: “One important new feature of this year’s festival is that, in association with Art Cinema Croatia, the entire TOGETHER AGAIN section will be screened in Rijeka and, next to the Golden Bicycle, one film will win the Rijeka Audience Award. This is a follow-up on the successful collaboration expanding towards 2020, when Rijeka will become the European Culture Capital. Although TOGETHER AGAIN became a competition only last year, we already have an extremely fierce line-up of new films by great directors running for the Golden Bicycle.

The director is known for his harsh critique of modern-day Russia, Andrei Zvyagintsev, the two times winner of ZFF’s main festival award, for The Return and The Banishment, competes with the thriller Loveless, this year’s Cannes Jury Award winner. Sofia Coppola’s new film Beguiled is having its regional premiere. This lavish period drama starring Nicole Kidman, Kirsten Dunst, Elle Fanning and Colin Farrell won the Best Director Award in Cannes. After a premiere at the prestigious festival in San Sebastian, the famous Greek director Alexandros Avranas is coming to Zagreb to present his latest film Love Me Not, together with his lead actress Eleni Roussinous. Avranas attracted the attention of the film world with his powerful drama about domestic violence and abuse, Miss Violence, screened at the 11th ZFF. The Norwegian director Joachim Trier is coming with his latest title Thelma, a thriller-horror combination.

His film Oslo, 31 August was screened in the 9th ZFF competition, and in 2015 ZFF’s Together Again screened his acclaimed film Louder than Bombs. The Italian directing duo Antonio Piazza and Fabio Grassadonia will take part in the line-up with their film Sicilian Ghost Story, a mixture of thriller and gothic fairy tale. Their film Rita won the Best Short Film Award at the 8th ZFF and their feature film Salvo was presented in 2014.

This year’s line-up includes as many as two Slovenian films, directed by filmmakers the local audience is already very familiar with. The film Our Family by Jan Cvitkovič is a story about a conflict in an average family due to father’s accusations for sexual harassment of a minor, and Ivan by Janez Burger, screened out of competition, is a thrilling drama about wrong decisions and a woman finding her place in the tailor-made man’s world.

The PLUS competition, intended for high schoolers, takes place this year for the fourth time. Eleven high school students in the selection jury chose five films to be screened in this program. These include the Spanish Oscar candidate Summer 1993, Charlie, a story about a namesake transgender boy, and a humour drama Vincent, about a 17-year-old suicidal environmentalist and depressive nature lover.

In line with the central program theme and ahead of the celebration of 1968, the year that still symbolises (civil) disobedience, this year’s special category CINEMA OF REVOLT will evoke provocative and rebellious moments in film history, as selected by film critic Diana Nenadić. They include the bunkered films by Yugoslav New Wave filmmakers like Jovan Jovanović (Young and Healthy as a Rose) and Vladimir Kristl (General and a Real Man), as well as Zero for Conduct, by the most famous anarchist among film directors, Jean Vigo.”

Hrvoje Laurenta presented the popular side programs: “As many as two will take our audience to Sweden: MY FIRST FILM, selected by film critic Nenad Polimac, features debut films by the most important Swedish directors of all times: Ruben Östlund, Lukas Moodysson, Josef Fares, Roy Andersson and Ingmar Bergman. The section BIB FOR KIDS also takes the youngest audience members on a trip to Sweden, the country paying special attention to film production for children. 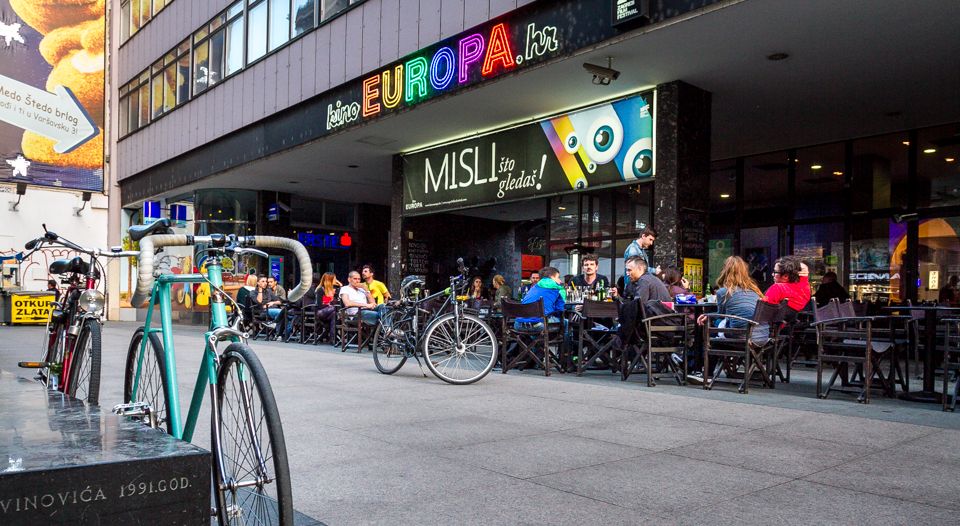 The section will include a cross-section of titles, ranging from recent to classical pieces like Pippi Longstocking. THE GREAT 5, one of ZFF’s most popular side sections, as usual brings an overview of the finest films from five largest European filmmaking countries. These include the works by well-known names like Sally Potter (Party), as well as possibly the most thrilling European director today, Luca Guadagnino (Call Me by Your Name). LUX FILM DAY category will screen three films shortlisted for the European Parliament’s LUX Film Prize, simultaneously in 28 EU countries in 24 languages.

Regional collaboration has always been of one the festival’s special focuses. The important news is that the Montenegro Film Centre was established in Podgorica – making it another region to get an autonomous film agency like the Croatian Audiovisual Centre (HAVC) in Croatia – and this is a great opportunity to organise a special program under the title FOCUS: MONTENEGRO. A new, vibrant and interesting scene is being born in our neighbouring country and ZFF hereby warmly welcomes it!”

The success of ZFF’s training and networking INDUSTRY program was presented by Lana Matić: “We are proud that we’ll have a chance for the first time to show in our central program a film made after participation in My First Script workshop, which takes place as part of the Industry program. This is the Bosnian and Herzegovinian film The Frog, Elmir Jukić’s debut, also a Croatian co-production. This adaptation of the iconic stage play by the Croatian writer and playwright Dubravko Mihanović will screen out of competition, at the official festival closing ceremony.

In the eight days of Industry, we will touch upon many important aspects in the filmmaking cycle – from project development, screenwriting, funding, and co-production, project packing and presentation, post-production, to film distribution. As always, Industry encompasses a series of talks by renowned professionals from all over the world, and this autumn Zagreb is hosting big names like James Watkins, the director of McMafia, the series filmed last summer in Croatia, and Spencer Hunt, one of the crucial American VR game development experts.

A masterclass is organised in association with the Croatian Screenwriters and Playwrights Guild SPID Story + Tech Platform. In association with HUB 385, the workshop My First Video Game will take place, suitable for children age 7-14, which will teach them how to make a simple video game. The INDUSTRY YOUTH! event will host 12 students from six regional educational institutions.

For a better organisation check out the SCHEDULE and get your TICKETS.