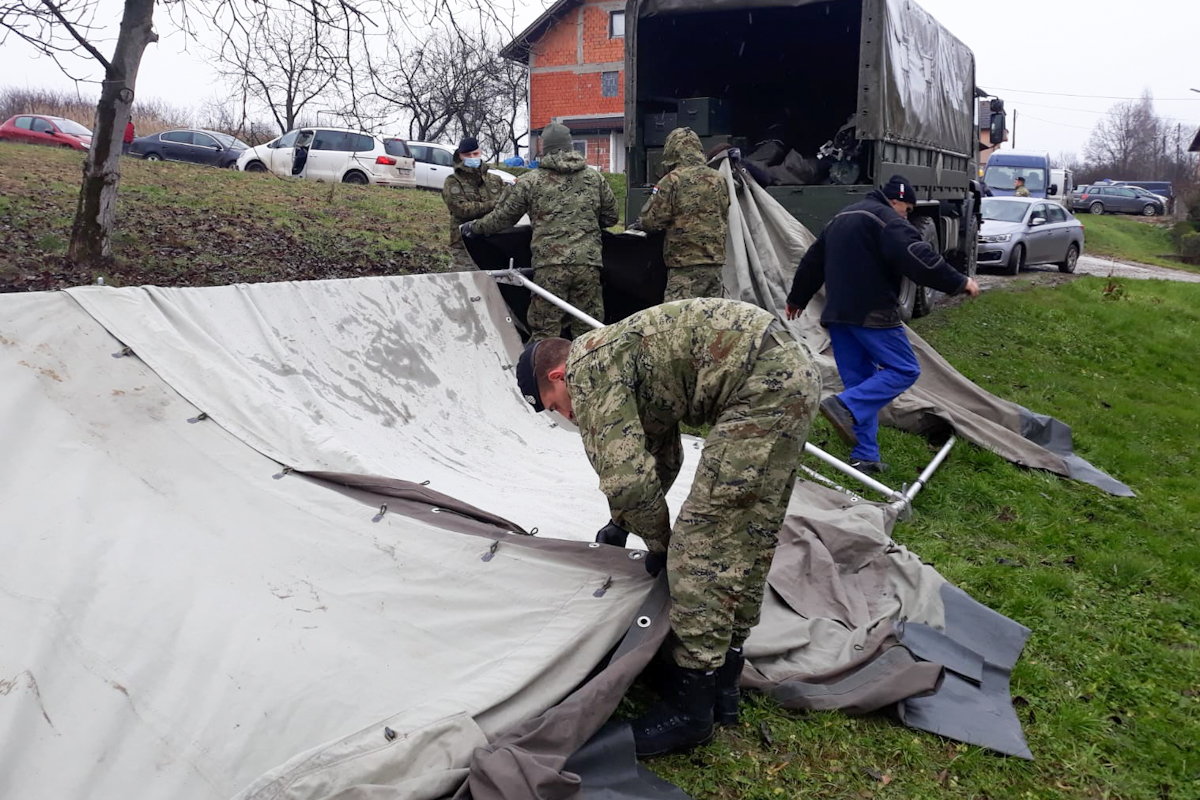 ZAGREB, 7 January (Hina) – Deputy Prime Minister Tomo Medved, speaking in his capacity as head of the task force dealing with the aftermath of the 29 December earthquake in Sisak-Moslavina County, said on Thursday that 155 container homes and 19 tents had been set up in the area to accommodate quake victims.

Since the formation of the task force, our response teams have carried out a number of activities on the ground. The Civil Protection Directorate has set up 155 container homes and 19 tents, supplied the emergency services with 32,000 litres of fuel, visited 95 communities and delivered humanitarian aid,” Medved reported at a cabinet meeting.

He said that a series of meetings had been held with local government officials to analyse the situation, determine priorities and provide further aid in repairing the damage. About 600 firefighters and 200 firefighting vehicles have been deployed to the area to help with the search and rescue efforts, remove damaged chimneys, repair roofs, and secure devastated buildings, he added.

Medved said that the task force had set up a centre of operations covering the Civil Protection Directorate, the fire service, the Croatian Mountain Rescue Service (HGSS), the Croatian Red Cross (HCR), the military and the police, adding it was operating 24 hours a day.

A total of 262 HGSS personnel are at the scene with 61 vehicles,  providing food, water, medicines, heaters and other necessities to remote villages and households, while the HCR is taking care of 725 people at eight locations, Medved said.

He said that preparations were being made for the receipt of 100 container homes from Turkey which were expected to arrive later today.