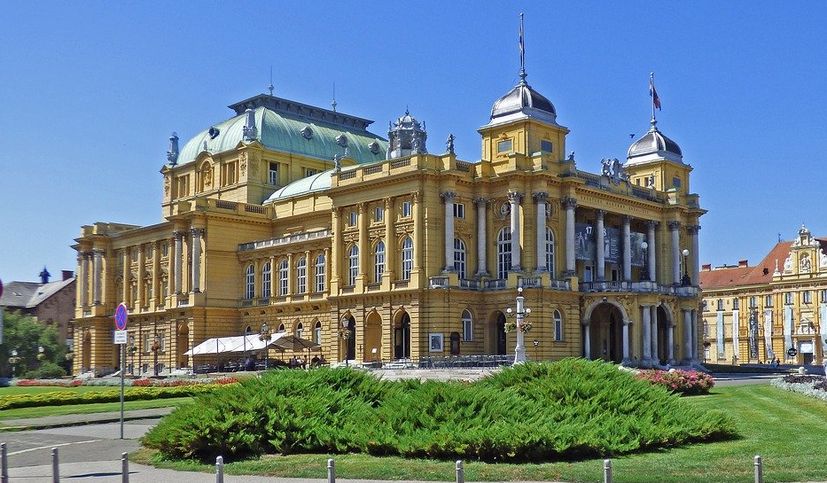 Zagreb, 12 October 2020 – On 14 October 2020, Croatian Post will put into circulation a new commemorative postage stamp on the occasion of the 125th anniversary of the grand opening of the building of the Croatian National Theatre (HNK) in Zagreb.

The effort to erect a new theatre building in Zagreb extends from Eduard Baron Jelačić Bužimski, who in 1871 purposefully bequeathed a part of his legacy for its construction.

After the earthquake of 1880 and the partial damage to the old Stanković Theatre in Gornji grad, the president of the Theatre Board, Marijan Derenčin, continued his efforts to erect a new theatre building. Efforts initiated by Ban Karlo Count Khuen-Héderváry are hampered by the controversy over the choice of location. The concretisation did not take place until 1893, thanks to the encouragement of Izidor Kršnjavi and the acceptance of the Ban’s request that the theatre is built in the centre of the fair, facing the University, which proved to be an ideal urban solution.

Negotiations were resumed with the Viennese architects Ferdinand Fellner and Hermann Helmer, well-known designers of numerous theatres in Europe and the United States, and work began for sixteen and a half months (May 15, 1894 – October 8, 1895). 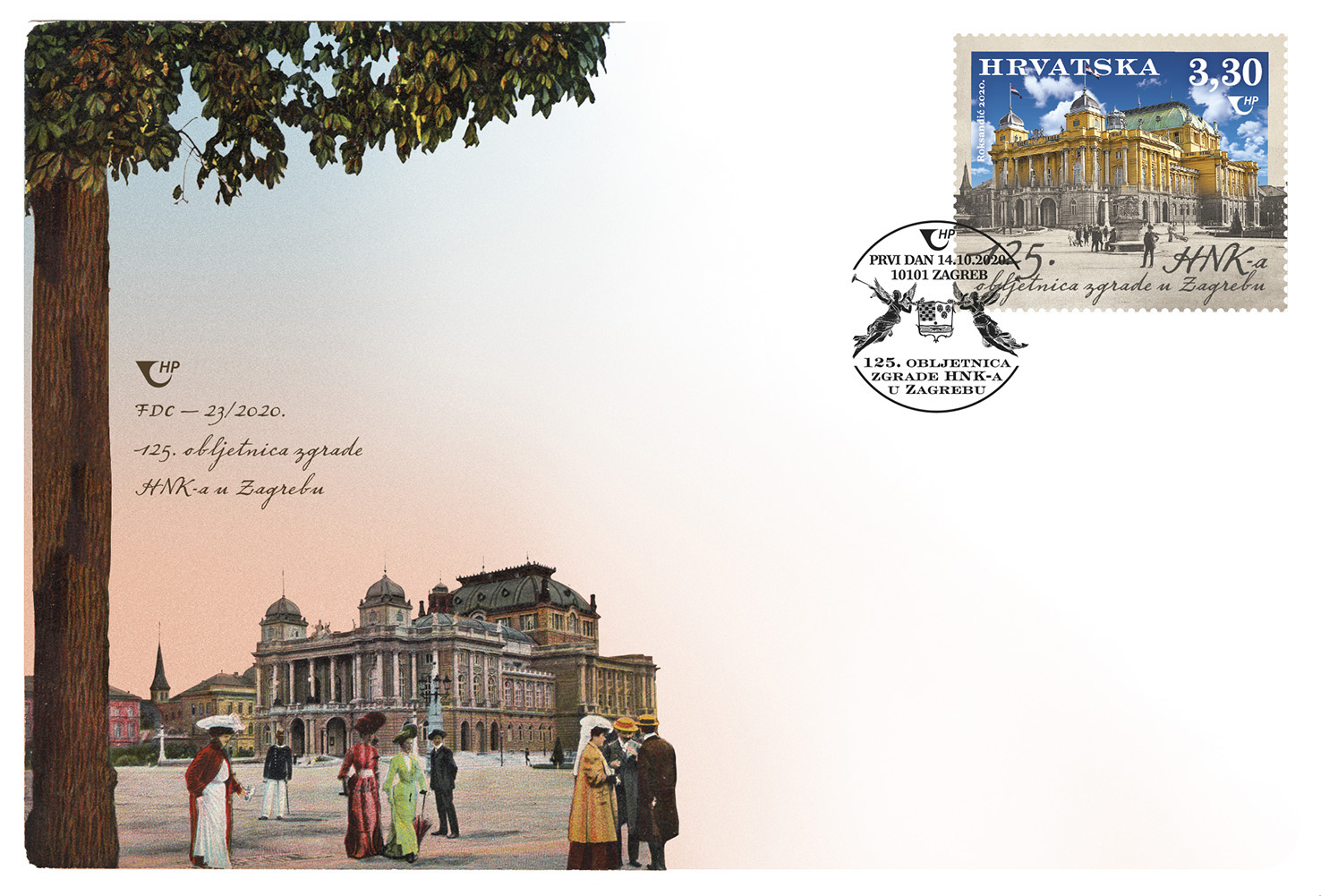 The grand opening took place on October 14, 1895, when Emperor Franjo Josip on the balcony with three symbolic final blows with a silver hammer, the work of sculptor Robert Frangeš Mihanović, handed over the building to drama and opera artists who staged a performance in the evening.

The theatre is designed according to a three-part scheme. It has a neoclassical exterior and a neo-baroque interior. The richly dissected entrance continues vertically with a loggia and a fenced balcony, and with two towers and a dome of the auditorium at the back.

The first part of the building consists of a lobby with double-sided side stairs to the auditorium balcony and a slightly curved staircase to the mezzanine and first floor where there is a ceremonial foyer with a loggia. The second part consists of auditoriums and cloakrooms on the ground floor, a mezzanine lodge on the first floor and vertical lodges with a saloon next to the stage portal. The third part consists of a stage (main, side and rear for entering decorations), offices and ancillary rooms.

Historical-allegorical scenes on the ceiling of the auditorium were performed by the Viennese painter and decorator Alexander Demetrius Goltz. The ceremonial curtain, known as the Croatian Revival, on which Croatian revivalists worship the poet Ivan Gundulić in the foreground of the monumental composition, was made by Vlaho Bukovac, and Ivan Tišov subsequently decorated the ceremonial foyers in 1909. A thorough reconstruction of the building from 1967 to 1969 abolished the loggias on the balcony and reduced the parquet, which reduced the number of spectators from about a thousand to 829, and the building was technologically modernised. 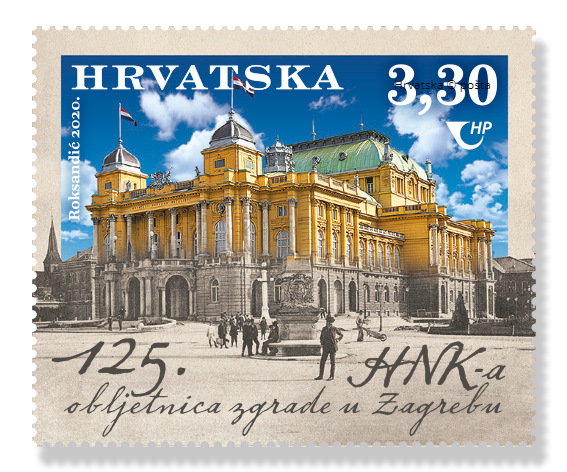 The Croatian National Theatre over the last 125 years has featured numerous theatres and world-renowned artists and is one of the most popular sites in Zagreb. The earthquake in early 2020 fortunately only slightly damaged the interior.

The stamp, in the realisation of which materials from the private collection of Nikola Noršić were used, was printed in a circulation of 100 thousand copies, and a sheet of 12 stamps was issued.

The author of the edition is Dean Roksandić, a designer from Zagreb. The nominal value of the new commemorative postage stamp is HRK 3.30, and Croatian Post also issued a First Day Cover (FDC).