Home » Entertainment » 11,000 to take part in Croatia’s biggest carnival in Rijeka on Sunday 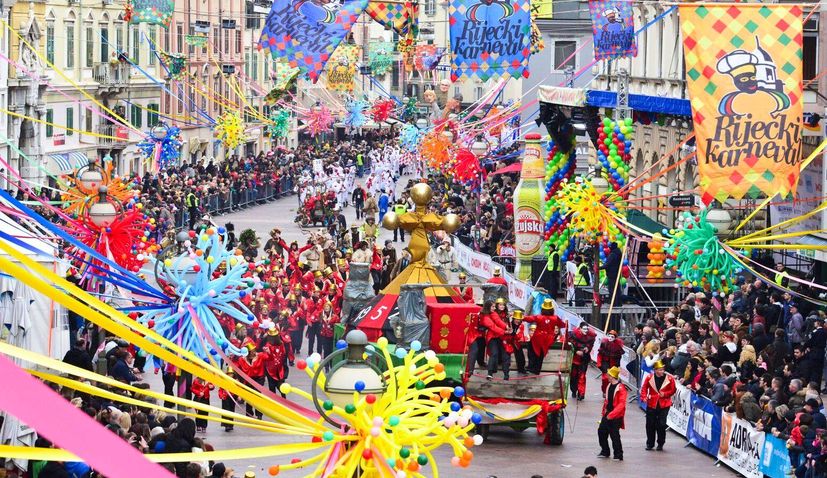 RIJEKA, 21 February 2020 – One of the biggest carnivals in Europe, the Rijeka Carnival, will have its showcase event when the traditional International Carnival Parade takes place this Sunday.

More than 11,000 people in 116 carnival groups from all over Croatia and abroad will be dressed up in a range of colours, costumes and characters as they make their way on floats along Korzo in downtown Rijeka on 23 February. Over 100,000 spectators will watch the event and the event will be streamed live on the official website – www.rijecki-karneval.hr

Among the 116 carnival groups will be around 30 from abroad who have arrived in Rijeka for the famous carnival, which is now in its 37th year and is on the list of the 500 most important events in Europe.

Groups from Ireland, Luxembourg and Hungary have already been confirmed.

This year’s carnival, which opened on 17 January, ends on 26 February with the trial and burning of the Pust.

“Since the day it was organised for the first time, by the Rijeka Tourist Board, in 1982, the renewed Rijeka Carnival has, in the best possible way, continued with the centuries-long masking tradition in the Croatian Littoral and has placed the city on the Rječina River amongst the most important European carnival cities. When, in 1982, three masked groups (namely, carnival groups “Lako ćemo”, “Pehinarski feštari” and “Halubje Bellringers”) passed through Korzo, nobody foresaw the proportions that the already traditional International Rijeka Carnival would assume over the years. The International Carnival Parade is only one of the programmes of this important event which brings together an ever growing number of participants and visitors both from Croatia and abroad,” organisers said.